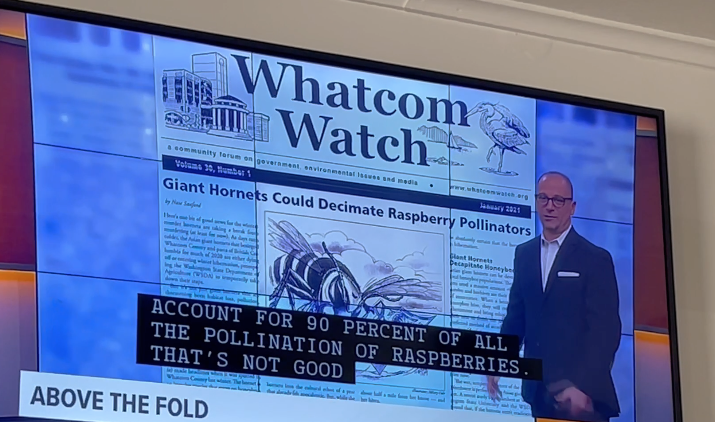 Recently, a staff person added Steve Bunin to the Whatcom Watch mailing list. Mr. Bunin usually anchors the noon news on Channel 5 in Seattle. A segment of the news show he anchors is called “Above the Fold,” which highlights three local publications in northwest Washington. On Friday, January 8, 2021, Mr. Bunin, in his “Above the Fold” segment, highlighted Whatcom Watch’s front page article about Asian giant hornets. Mr. Bunin said he plans to feature Whatcom Watch monthly, so we hope it will air the first week of February. Watch for Steve Bunin and “Above the Fold.” The segment is repeated at 7 p.m. that evening and four times the next day between 5:00 and 9:00 a.m. on the morning news show.