Two Road Trips for This Fall 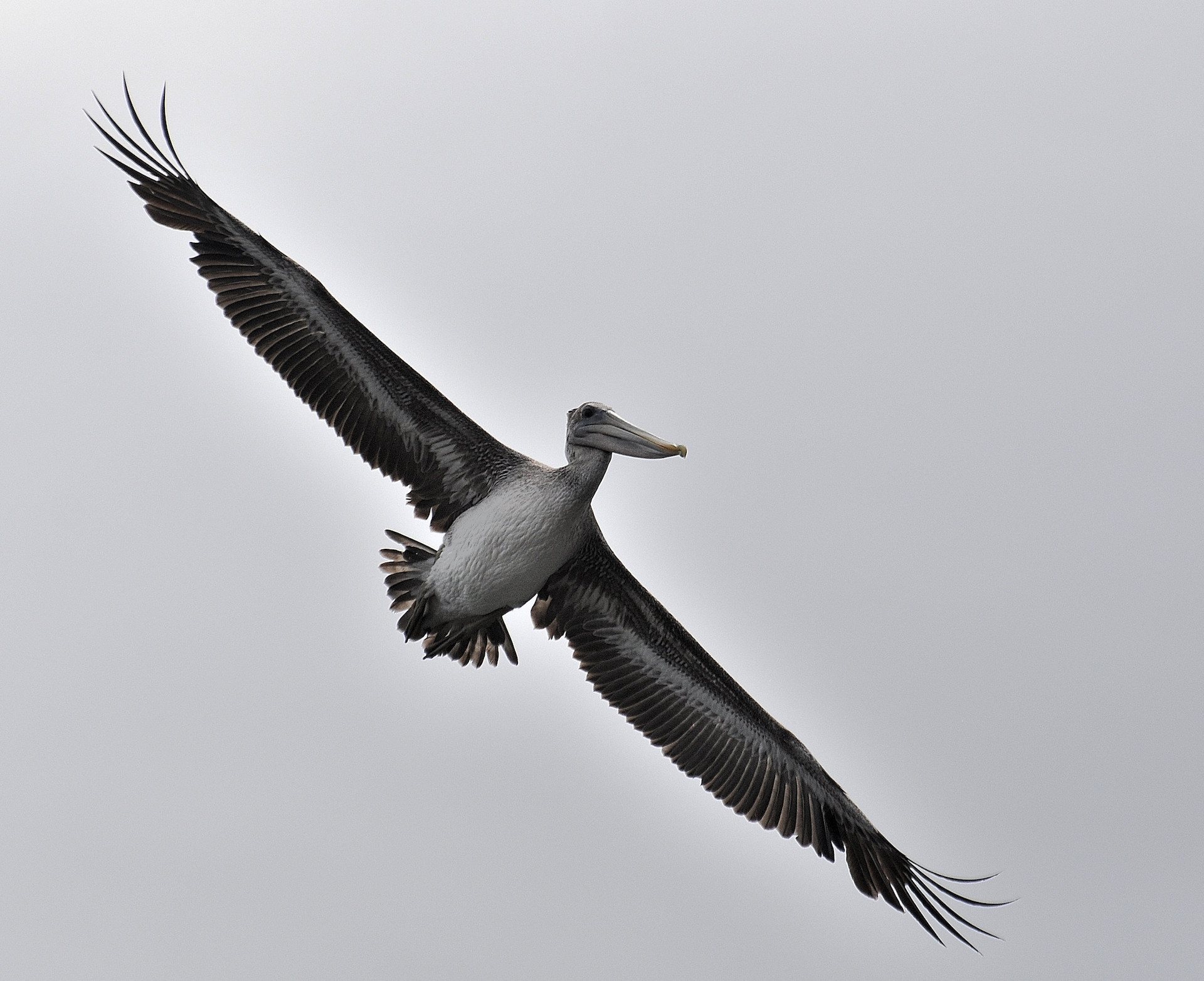 Alberta Bound
Not only was “Alberta Bound” one of my favorite Gordon Lightfoot songs back in the day, but it was also the theme of our annual fall getaway this year. In the planning stages, we decided to retrace our route from our trip in 1995. Part of the fun was to see all the familiar place names that we recalled from that maiden voyage of our VW Westfalia, affectionately known as Vanna. It proved to be one of our most memorable camping adventures and fueled the buildup to this year’s return to the Canadian Rockies.

In the early stages, we decided to do the trip in reverse by taking the back roads into Jasper via Mt. Robson and then head south to Banff. As we drew closer to departure time, wildfires north of Jasper dictated that we go back to the original plan, and so we did. We’re famous in some circles for our flexibility and we passed this test, even going so far as to consider the Oregon Coast for a short period! But no, we were just on the coast in April so it was back to Plan A. Sometimes, it’s difficult for us to keep up with ourselves.

We were on the road for six days and avoided all fires except for the ones I made to stave off the chill air from a one-rainy and two icy mornings. As we got farther into eastern British Columbia and the foothills of the Rockies, we began to experience some of the road construction I had read about during my pre-trip checks. The saving grace was that I had made campground reservations for the first three nights. All we had to do was get there, and we did. At the end of our first day of driving, we pulled in to a very wet Loop Brook Campground in Canada’s Glacier National Park, just off Trans-Canada Highway 1.

We drove through morning rain on the second day and encountered some of the most incredible highway construction scenes I’ve ever experienced. East of Golden, BC, where the highway enters a narrow canyon, traffic crawled through a maze of large cranes and assorted road building equipment, with noise and steam rising from welding torches, cement trucks, and heavy-duty earth movers. This is all a part of widening the Trans-Canada through this narrow section of highway. It felt really good to finally leave this almost other-worldly scene.

We pushed onward to Lake Louise, where more surprises awaited. When last we visited, we drove right to the lake to take in one of the most iconic views in the Canadian Rockies. On this day and the days to come, there were roadblocks because there was no room for more people! We opted for the magnificence of Moraine Lake and found the same situation there! We had no choice but to move our trip to Jasper up by one day, and maybe enjoy the elk in the downtown area the way we had before.

The Icefields Parkway, between Lake Louise and Jasper, is legendary for its spectacular mountain views, dotted with lakes and hanging glaciers. The excitement increased as we looked forward to the elk herds that apparently didn’t get the message that we were coming. Essentially, the elk were nowhere to be seen. Though we saw signs and heard that they were “everywhere” according to locals, we circled our wagons and headed back to our campground for the night … two hours away.

It seems that Canada has gotten serious in their efforts to separate humans from the excitement of wildlife, or, more specifically, to minimize human/wildlife encounters for safety reasons. The entire highway between Banff and Jasper has been fortified with eight-foot fences well off the road on the both sides with occasional wildlife overpass crossings. To top off the interesting day, we drove over bear guards (similar to cattle guards but more serious) to enter the campground which was totally surrounded by a six-foot electrified fence!

We decided on the next day to head for Moraine Lake early to beat the crowds … and failed. We felt fortunate to get the last available parking space in the massive parking lot at Lake Louise. We parked and mingled with the masses, and I found that I had to work really hard at taking photographs without humans. We tried to figure out if the covid-19 lockdown might have had the effect that people were starving to get out. We left Lake Louise and headed for Banff where we encountered more of the same, but on a larger scale.

Before I leave you thinking it was a bummer of a trip, I’ll say that everything was clean and the campgrounds had FREE firewood and hot showers. The magnificence of the natural beauty is still there but we came to realize that you cannot expect things to be the same as they were 27 years ago. We missed the wildlife, but it was very safe to walk to the bathrooms and shower after dark knowing your flashlight wouldn’t illuminate your worst nightmare.

On the morning of our fourth day, we said goodbye to the crowds and headed for the international border crossing west of Creston, British Columbia. This remote crossing was typical, with two agents walking out to greet us and asking the obligatory questions. We passed the test and slipped into northeastern Washington and headed for Sherman Pass. This back road was on the way to a night at one of our favorites, Curlew Lake State Park. It was good to be back in our home state, and we awoke the next morning, rested and ready for the drive to a very familiar campground at Pearrygin Lake State Park. In fact, it was the same campsite where we stayed in May.

Overall, it was a good fall getaway, and, once again, we were reminded that you can’t expect things to be the same after an absence of 27 years. In the same sense, we’ve probably changed a bit as well. One thing that will not change, however, is the good feeling that comes from being home. There’s no bed like your own and there’s no need to build a fire to start the day. Life is good.

Pelicans and Shorebirds
After being home for three days, I headed to the southwest coast for my annual solo trip for southbound shorebirds. This year, I opted out of the usual trip to Ocean Shores to concentrate on the area between Westport and Tokeland. I knew that both of these locations were especially good this time of year for brown pelicans and marbled godwits, one of the larger shorebirds. Whatcom County has occasional visits by three species of godwits, but the numbers on the coast can be staggering. With a four-hour drive ahead, I decided to take on a least favorite path … the I-5 corridor from Bellingham to Olympia.

The drive was uneventful with typical Sunday morning slowdowns here and there, but I made it to the big westward turn for the coast. Fall campgrounds usually present no problem for finding a site, so I headed for the marina at Westport. I first discovered this unique coastal village when I took the first of five pelagic cruises with my friend and mentor, the late Terry Wahl. Though it’s a working waterfront, focusing primarily on commercial and charter fishing, most areas are totally accessible to the public. There’s always a large contingent of California sea lions that provide background music throughout the day.

My primary focus on this trip was, as the title of the column suggests, brown pelicans and shorebirds, especially the godwits. There were numerous pelicans flying by offshore, and, even through the harbor was in the fog, none chose to stop. On the other hand, I spent a good deal of time with as many as 300 marbled godwits that came into the harbor to feed and rest at low tide. There are few avian sights that compare with large flocks of shorebirds moving as one, whether in the air or feeding on a beach. The size of godwits makes for an especially entertaining show.

After setting up for the night in Twin Harbors State Park, I checked my tide table and planned an early morning departure for the Tokeland marina, about 20 miles south of Westport. With fresh camp coffee in my thermos, I made it to my destination just as the sun was rising over the hills above Willapa Bay. Right off the bat and much to my delight, I saw three dozen brown pelicans perched on pilings and a barge just offshore. Since pelicans need light to find prey, I knew they’d be ready to begin their amazing feeding flights.

Unlike their relatives, the graceful American white pelicans, the browns have a different feeding behavior. White pelicans feed from the surface and merely dip their bills into the water to scoop their prey. Browns fly above the water, and, when they spot prey below, they wheel and tuck in their nearly seven-foot wingspan to plunge in dramatic fashion. It’s an amazing transformation to see this large, ungainly bird turn into an avian arrow to enter the aquatic medium.

As the sun continued to rise and the pelicans continued to feed, a flock of at least 500 godwits announced their arrivals with their distinctive calls. They began their feeding ritual practically at my feet as the receding tide exposed more of the sand and mudflats on the edge of the marina. Between the pelicans and the godwits, I was working full-time trying to stay abreast of both situations. Along with my target species were Heermann’s gulls on the docks and as many as three dozen willets mixing in with the godwits. In retrospect, my timing was perfect as the offshore fog bank slowly enveloped the harbor. I headed for my campground in the coastal fog which lingered throughout the day.

I awoke to fog, the next morning, and, reluctantly decided it was time to head northeast and away from the coast. I didn’t shake the foggy morning until just west of Olympia, however, so it was a good idea. The plan for the day was to camp one more night, somewhere near Port Townsend. The plan was that, after birding early in the morning, I would catch the ferry home. Plan A soon evolved into Plans B and C as I found the crowds, again. Both Point Wilson and Fort Worden campgrounds were full. After the ferry ride across Admiralty Inlet, I found that the campground at Fort Casey was also full. The final deal breaker was when I saw the Navy jets practicing low flights above Whidbey Island.

The weather, the crowds, and the Navy combined to shorten my trip. As it turned out, it was all for the good since my camp stove had been stolen and I knew I could get hot coffee at home. With the crowds in Alberta and in Washington state, I wondered again if folks were trying to get in a bit of post-Covid-19 playtime before winter sets in. Either way, two good trips seem to have rolled into one. At this point, I’m planning to stay home for a while … or at least keep travel within a 50-mile radius. But, there is a scheduled trip to Winthrop at the end of October, so stay tuned!