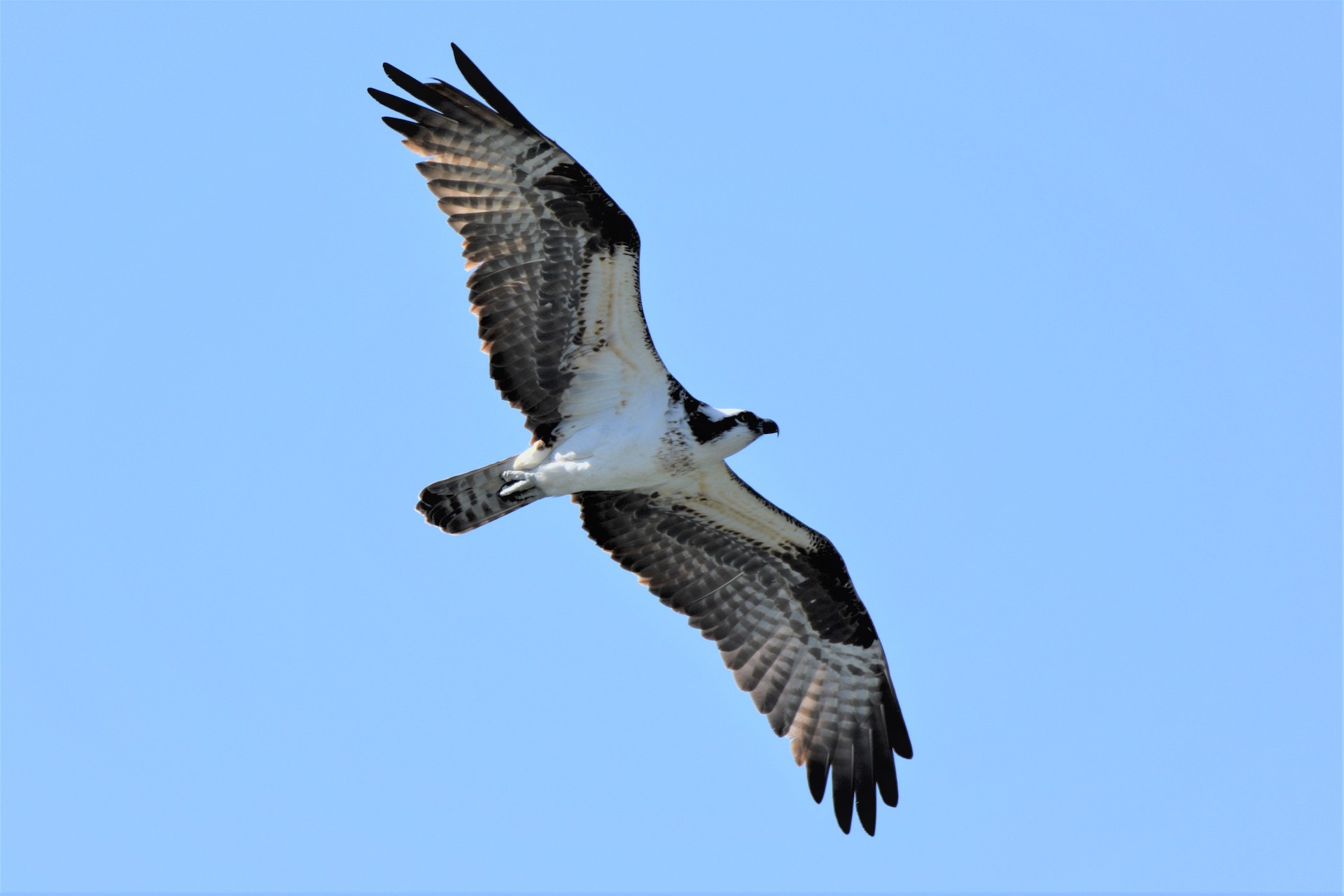 A quick scan of the Oregon coastline, from the Columbia River to the California state line, leaves no doubt as to the potential for access to a myriad of opportunities for all recreational pursuits. The stunning beauty of the coast is unparalleled with sandy beaches and dramatic sea stacks sculpted for eons by the relentless Pacific Ocean. The rocky shorelines, tidal pools, and estuaries, along with the offshore islands provide essential habitat for 450 bird species that have been recorded during the year. Spring and fall are the best times to view migratory and nesting birds. Hundreds of thousands of birds utilize the Pacific Flyway during migration and tens of thousands vie for nesting niches on the offshore rocks.

In the first week of April, we set off on another adventure to meet with our San Francisco relatives in Bandon, Oregon … just about halfway between our home and theirs. Instead of going the motel route, we decided to jump into the world of VRBOs and rented an entire house. This proved to be a great idea as we cooked our own evening meals and had all the comforts of home. Our accommodations were perfect and we could not have asked for better weather, given that we both drove out of heavy rain from north and south. Despite the usual coastal breezes, we had three straight days of sunshine with daytime temps flirting with the 60-degree mark.

Not everyone is a morning person, so as we settled in, I made it known that I would be sneaking out every morning before sunrise to explore. This is my usual routine on road trips and camping trips, so everyone’s used to my “quirky behavior.” I just love the quiet of early morning and always have a list of places to see as the birds and I greet the day together. Since others usually prefer to sleep in, there’s never much resistance.

My first place to explore was the Bandon Marsh National Wildlife Refuge, just across the Coquille River from Bandon. On the edge of the refuge, I stopped to view one of the largest osprey nests I’ve ever seen. It was built on a manmade platform, something ospreys are quick to utilize throughout their range. The fresh and saltwater marshes of this refuge offer a rich diversity of waterfowl, raptors, and passerine species. A viewing overlook and walking trails provide access to most of the marsh.

The north jetty of the Coquille River and Bullards Beach State Park provided a great deal of activity with birds and marine mammals. A unique feature of this jetty is the blacktopped surface that affords intrepid birders or even normal humans the opportunity to walk out into the ocean swells as they roll into the river and onto the beaches. This is a low-tide-only exercise since high tides sweep well over the top. Since I have personal experience of being swept off a jetty, this was a no-brainer for me.

As we walked to the end of the jetty, numerous harbor seals were surfing in and out in pursuit of small fish. Diving birds like double-crested and pelagic cormorants and surf scoters were also taking advantage of the upwelling of edibles. On both sides of the jetty, black oystercatchers and black turnstones were prowling the rocks and enjoying freshly exposed barnacle treats. Caspian terns and western gulls were taking part in what appeared to be a normal feeding opportunity with the changing tides.

Across the river, the Bandon Marina and Old Town Bandon sit at the base of the south jetty and are the heart of this small, coastal community. Around noon, our entire crew of four stopped at the Bandon Fish Market for the best-ever fish and chips! Even birders and beachcombers have to refuel now and then. The waterfront area is quite well done with an expansive boardwalk and tasteful maritime art. And, of course, there are typical places for shoppers and a fine coffee shop, so who could ask for more? 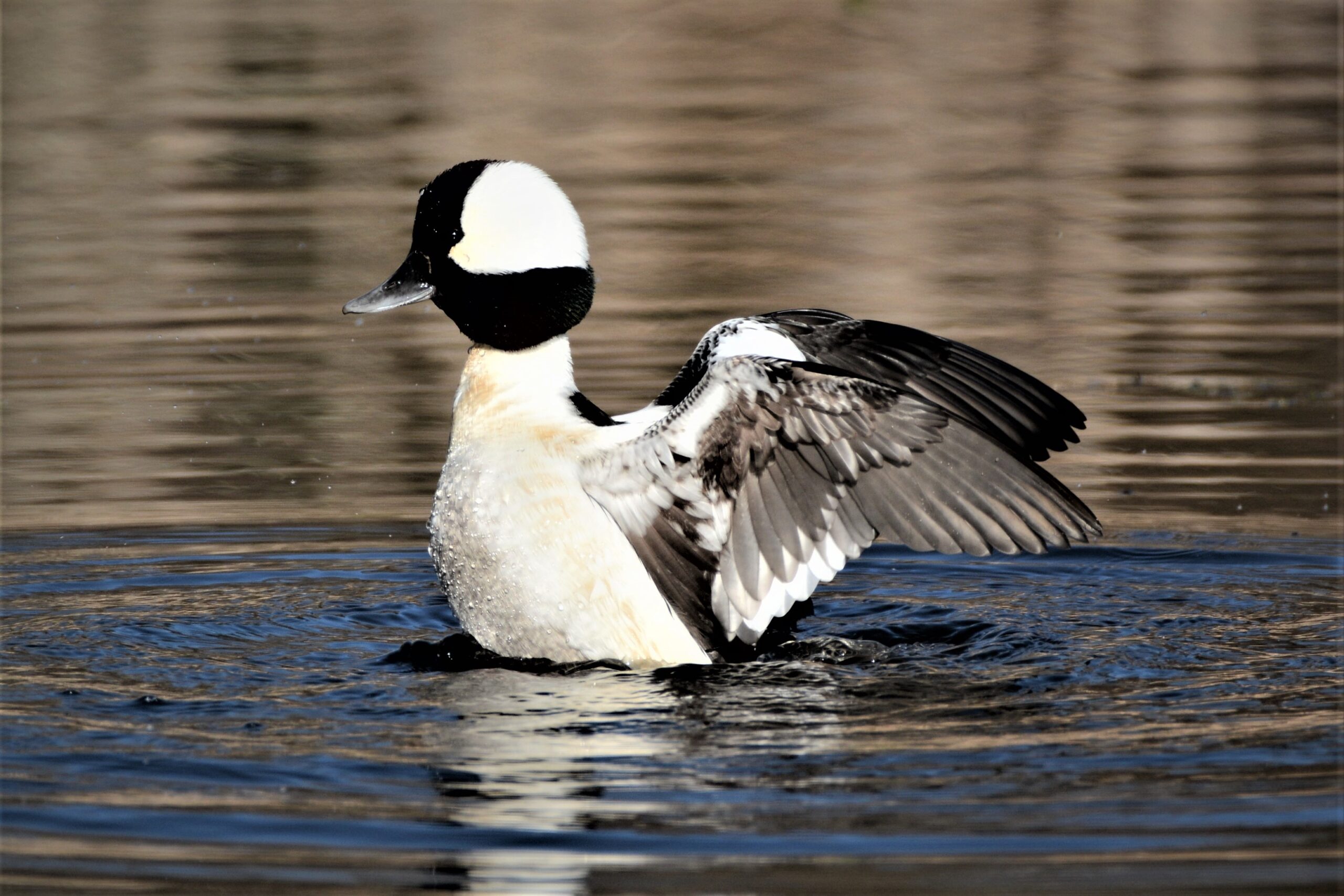 After lunch, we watched bufflehead and scaup diving inside the marina and then found a freshwater pond filled with typical dabbling ducks on the way to the south jetty. American wigeons, gadwalls, and the ever-popular mallards were accompanied by a strange trio of huge domestic geese. From the jetty, to the south, the multiple offshore rocks of the Oregon Islands National Wildlife Refuge provide ideal nesting habitat for numerous birds, all of which were relatively close at hand from the beaches and numerous viewpoints. While keeping an eye on the tides (the ongoing mantra), one can walk the beaches for miles viewing tens of thousands of common murres, cormorants, and gulls.

A day trip to Cindy’s hometown in Coos Bay and the neighboring North Bend provided a bit of entertainment for my city-planner nephew. He’s always been into architecture of all types and the general concept of how cities and towns are laid out. He’s recently retired after 30 years with Alameda County Planning and Community Development in Oakland, but he still evaluates what he sees from a planner’s eyes.

After impromptu walking tours in Coos Bay and North Bend, we took back roads to Cape Arago and Charleston. At the cape, we stopped to view the gathering of marine mammals at Simpson Reef, the site of the largest pullout on the West Coast of elephant and harbor seals as well as California and Steller’s sea lions. The sound is the first thing that greets you as you leave your vehicle. It’s a rare occasion where you can see the size difference of these protected species.

One more stop for the day was the Charleston Marina. The tucked-away inner harbor was full of activity, both avian and human, on a sunny day. The humans were engaging in standard activities like crabbing, fishing, and enjoying a 65-degree day while the birds were swimming and diving for edibles. Like the birds up here, eared and horned grebes, common loons, and buffleheads were donning fresh breeding colors for the season. An unexpected treat was the discovery of a great egret rookery on a hillside above the marina. After a full day afield, we headed home for a final dinner featuring Cindy’s delicious homemade chili!

After we parted company with our West Coast relatives, we headed north for a couple of days at Cannon Beach, one of the gems of the Oregon Coast. My focus for two days was Haystack Rock and the potential for the arrival of the first tufted puffins of the nesting season. Aside from a few fast moving squalls, the weather was mostly pleasant with puffin talk dominating many conversations. As it turned out, I managed to find one puffin in the midst of several thousand common murres and sizable numbers of western gulls.

We continued northward and crossed the broad Columbia River on the classic high bridge at Astoria in the wind and rain … a typical welcome home! It was still early in the day, so we made a side trip to the fishing communities of Chinook and Ilwaco, and couldn’t skip the opportunity to visit the historic Cape Disappointment. The lighthouse and steep cliffs provide one of the best places in Washington to experience heavy-surf days. The surf was light on this day but we weren’t … disappointed (pardon the pun). We were happy to be on the way home after another perfect rendezvous. Now to begin planning the next one!