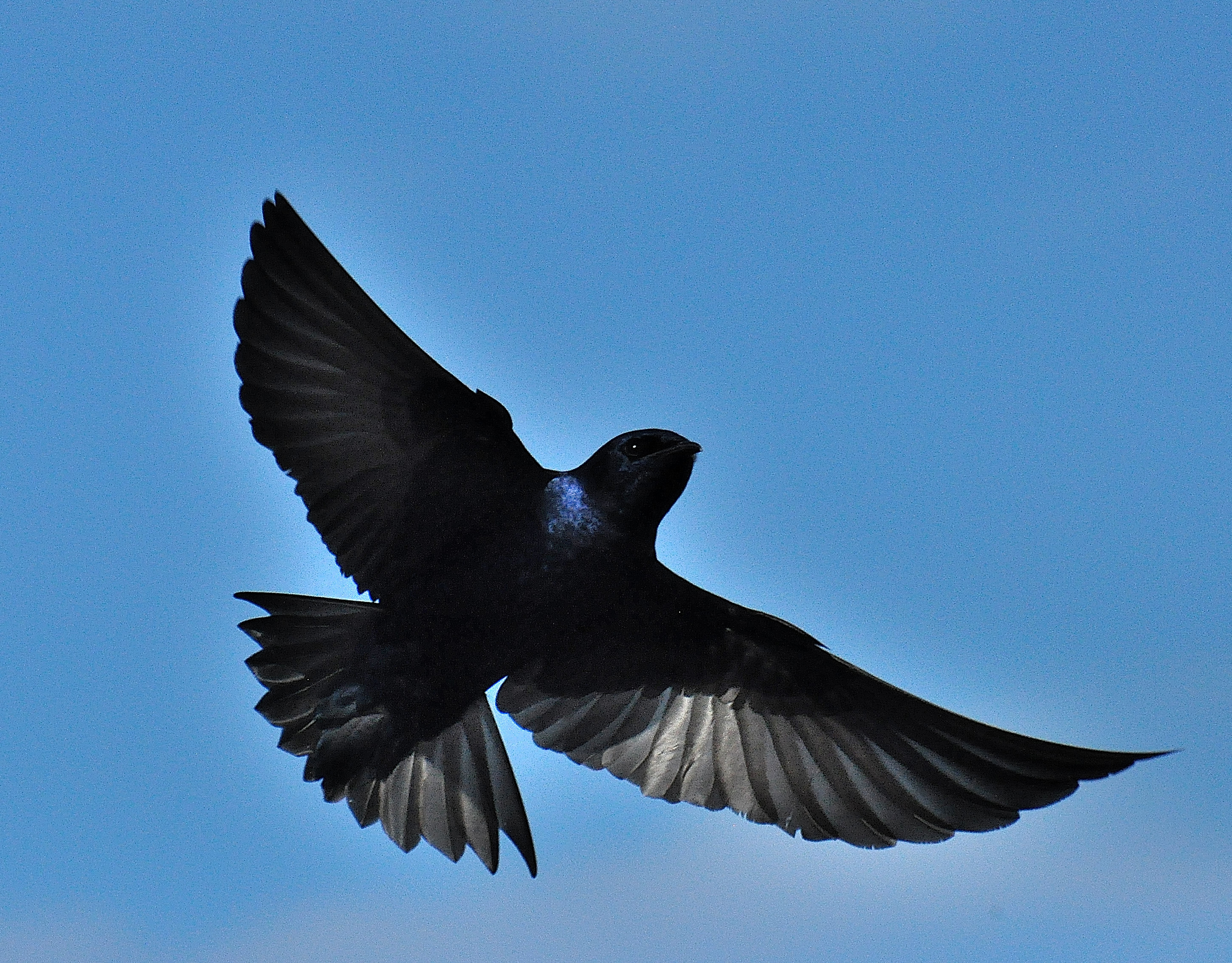 By the time you read this column in early June, the majority of our winter birds will have departed, winging their way to northern and eastern breeding grounds. The sea and bay ducks, loons, and grebes donned their seasonal plumage and left us with great memories of the number and variety of birds that we enjoyed throughout the colder months. Now we’re entering a time of year when we focus our binoculars on smaller birds. In a typical transition from one season to another, the birding scene changes and we do as well. For starters, we’re wearing fewer layers on bird watching trips since cold, driving rain is not as much of a threat as it was just a couple of months ago. For many, however, the best part of the season focuses on a particular group of birds. Returning from their southern wintering grounds to bedazzle us through spring and summer are bird watching favorites – the neotropical migrants!

These birds are the species that spend their winters in the warmer climes of Mexico, as well as Central and South America. While most of the neotropicals tend to be smaller, the exceptions are birds like ospreys and turkey vultures. Most of the turkey vultures are observed passing overhead but quite a few ospreys nest locally, like the pair that has nested successfully in Whatcom Falls Park for the past several years. Despite or maybe because of their smaller size, neotropical migrants offer a nice change of pace and are the perfect complement to our resident birds.

The passerines, or smaller perching birds, seem to generate the most excitement among the bird watching community. This stimulation probably stems from the fact that they come to us with brilliant colors as well as beautiful songs. The combination of sights and sounds is enough to keep most of us busy, not only enjoying the birds but also honing our skills at field identification. Visuals are easy enough to sort through, but it’s the variety and similarity of songs that keep us on our toes. Good hearing is as essential as good binoculars, and if you live with a hearing deficit like I do, the challenge is compounded.

To better understand exactly who the neotropicals are, it might be best to break some of them down into groups. The most common to all birders are the swallows and warblers. Most of these species are very active and relatively easy to find in their preferred habitats. Their frequent hyperactivity is perhaps part of the great appeal that we find, especially after long, wet winters in the Pacific Northwest. With spring always comes hope and as Emily Dickinson wrote, “Hope is the thing with feathers.”

Swallows are usually the first to arrive, sometimes in late winter but usually in early spring. In Whatcom County we have recorded seven species of swallows. Tree swallows are always the first to arrive, usually around the traditional Washington’s Birthday in late February. General rules of thumb have the arrivals of violet-green around St. Patrick’s Day; barn swallows arrive around tax time in April; and the other species seem to trickle in after that. Swallows eat flying insects and usually spend their days on the wing, providing us with some of nature’s most efficient and economical pest control.

Tree and violet-green swallows are cavity nesters and manmade boxes often fill the need for nesting sites when natural cavities are scarce. Barn swallows build their nests out of mud and straw and need only a small ledge or shelf to support their efforts. Bank and northern rough-winged swallows nest in small burrows in sandy embankments while cliff swallows build the most elaborate nests of all. A mating pair makes innumerable trips to mud holes to build an intricate structure completely out of mud, with an extended entryway to keep out unwanted predators. The largest member of this family is the purple martin and manmade boxes are providing essential sites for an ever increasing number of these beautiful birds.

The wood warblers are among the most popular of all birds for avid birdwatchers. Again, it’s the colors augmented by their songs that make warblers so appealing. Over a dozen warblers spend the spring and summer breeding in local habitats ranging from woodlots and fields to riparian ecosystems. Black-throated gray and Wilson’s warblers are sure bets in brushy, forested areas while Tennant Lake and other wet areas are great places to experience the inimitable common yellowthroat and yellow warblers. From personal experience, the trail to Hannegan Pass has always been a good place to see the less common MacGillivray’s warbler.

For Whatcom County birders, the very active swallows and warblers that spend the nesting season here are accompanied by other favorite migrants including Swainson’s thrushes, black-headed grosbeaks, western tanagers, lazuli buntings, Bullock’s orioles, and four species of vireos. Even though the American robin has often been considered the harbinger of spring, these neotropicals speak more of spring than our year-round robins.
The flute-like upward spiral of the song of a Swainson’s thrush is the epitome of music to our ears in late April. After the pleasant, structured song of the thrushes, the song of the black-headed grosbeak is bouncy and seemingly random while closely resembling that of a robin. The sound is often louder and longer-running and always makes me smile. The subtle variations of its song make it difficult to follow a noticeable pattern. I tend to think that they ad lib a lot, sort of make it up as they go.

Western tanagers and lazuli buntings provide us with spectacular displays of color in the spring. The yellow bodies of tanagers contrast sharply with their black wings, back, and tail and all are topped with a bright, red head. The turquoise bodies of the lazuli buntings are a spectacular sight on sunny days. While they are more common east of the Cascades sightings, have become more common in parts of the northeast county in recent years, usually south and east of Nooksack and Everson.

I’ve seen Bullock’s orioles in winter in Mexico and it’s always a treat to run into a bird in February that you might see in spring and summer in Bellingham, two thousand miles away! They don’t seem to be as vocal in the arid landscapes of cacti and ocotillo as they are when nesting here. The riparian corridor of lower Whatcom Creek is usually a good place to listen for their songs and look for their distinctive hanging nests.

It’s hard to imagine how our spring and summers would be without the birds that make the long journeys here every year from the neotropics. They bring so much color and song that enliven our days and evenings. These sights and sounds are complemented by the amazing job of pest control performed by these birds. Milder temperatures and an abundance of food are the driving forces that bring them here to nest and rear the next generation of birds. In the fall, these same birds will eventually return to their wintering grounds, leaving behind great memories for birders of all levels of experience and interest.