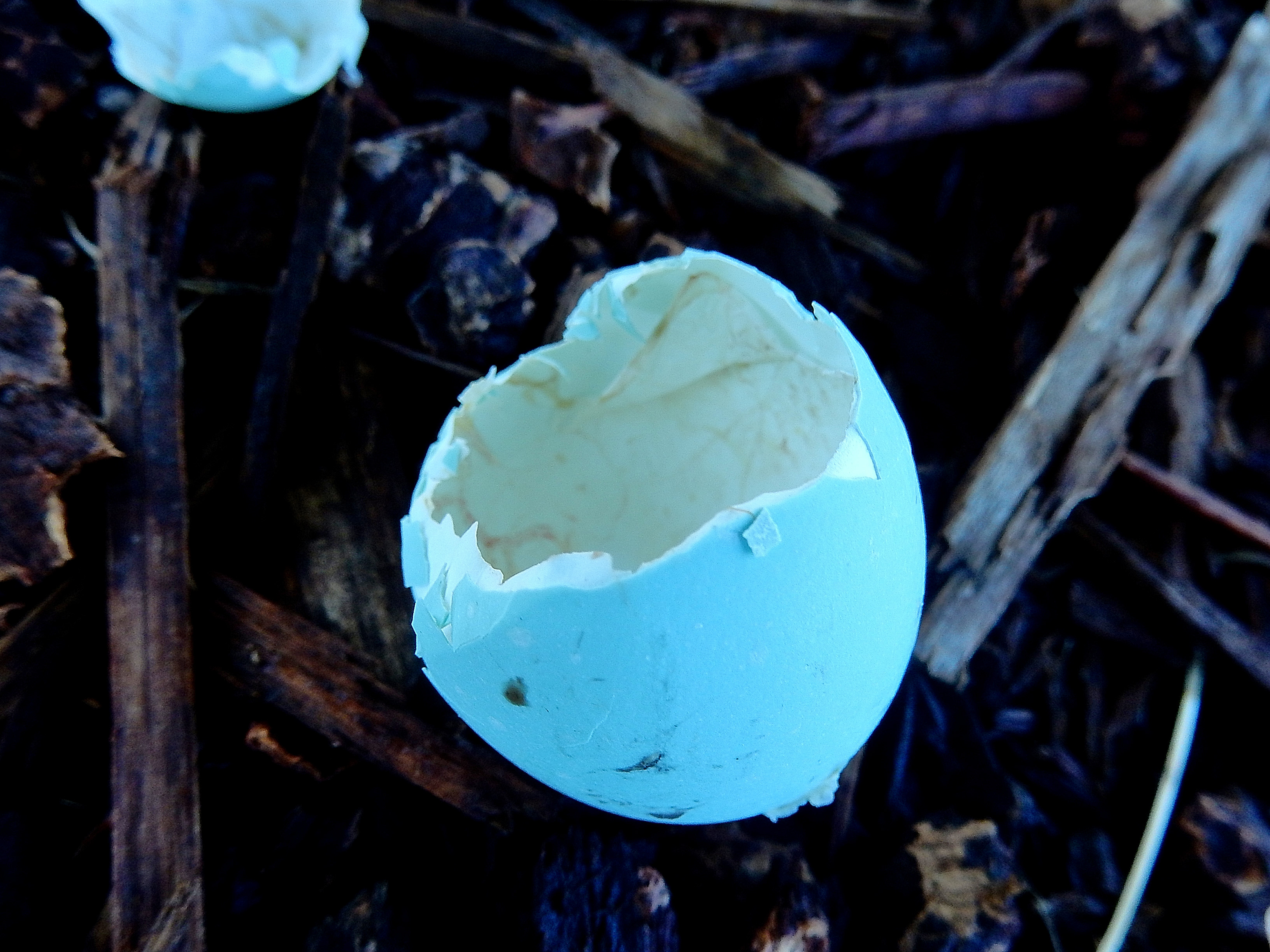 Following more traditional patterns, the season of courtship, breeding and nesting for most bird species occurs in early spring. This is the time when our resident birds and new arrivals begin the cycle anew. Factors like weather and availability of food come into play and encourage some birds to extend their own breeding cycles with additional clutches. The nesting season is often a perfect time for birdwatchers to observe a wide variety of birds and their behavior specific to reproduction. Any discovery of a nest, regardless of the species, offers opportunities to learn more about individual birds. The key to learning is to sit and watch and keep disturbance to a minimum.

After a busy nesting season with many highlights, it seemed that we were rolling right into the typical dog days of birding in late June when the plot thickened substantially. I had been photographing green herons in the Padden Lagoon estuary for most of spring and early summer, so I decided to walk upstream on Padden Creek to search for nests. Green herons are very quiet and at times ghost like in their ability to blend in with their surroundings, so they’re easy to miss. This is especially noticeable when they’re nesting. My hopes were raised when I flushed three adults on the creek, as far up as Fairhaven Park. Regardless of the fact that I had seen the birds, I found no nests, so my search was only a partial success. 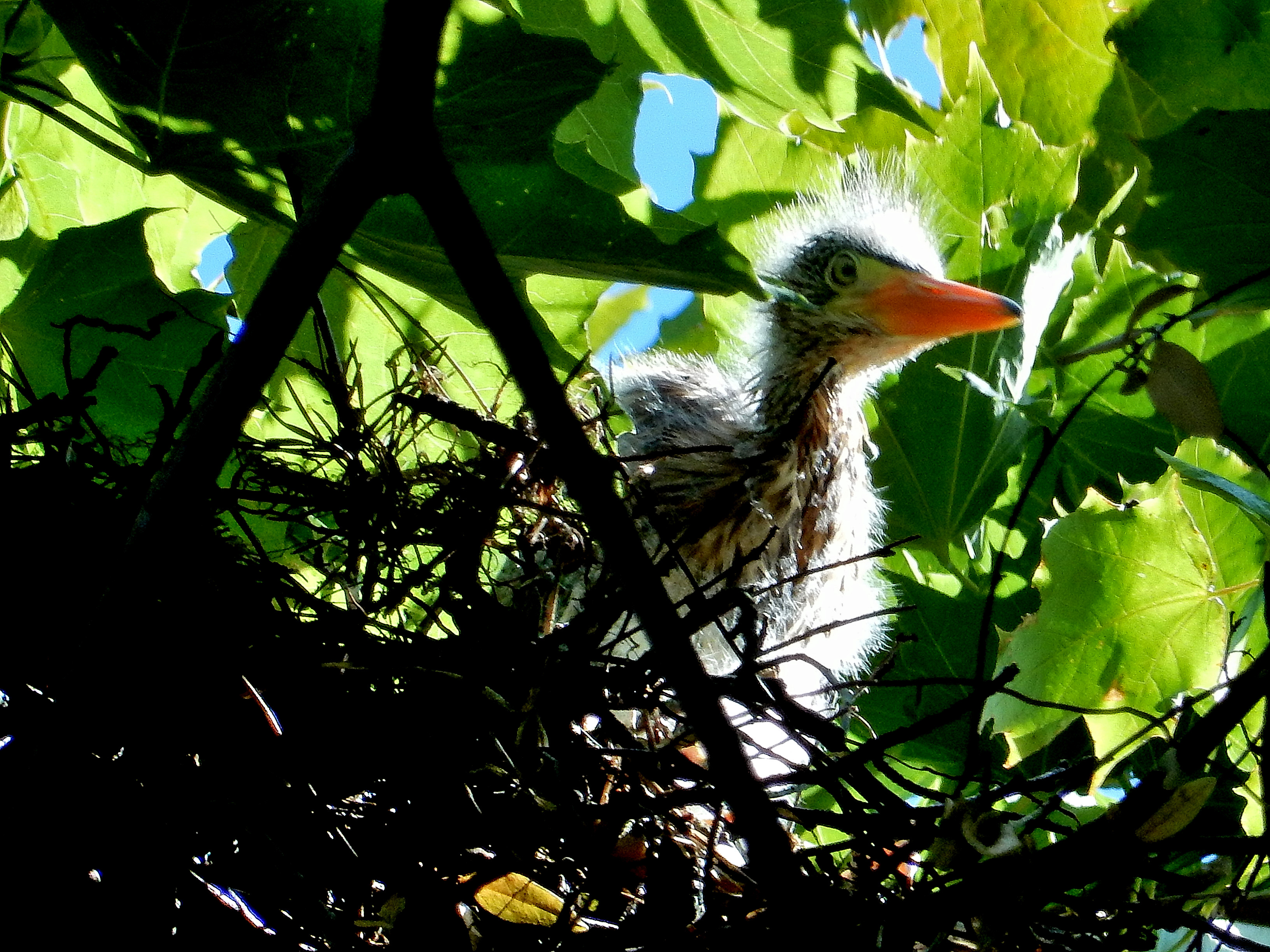 I followed the creek back down to the lagoon and continued on foot to Marine Park, no longer expecting to see green herons but just to check out the shoreline. As I walked into the park, I noticed a distinctive color and shape fly into view — a green heron! I watched as it perched in a tree along the fence line bordering the Fairhaven Shipyard’s maintenance shed. I held my position and waited until the heron flew into the top of another tree that bordered the road leading into the park. After a slow approach, I looked up and there was the heron, sitting on a crude stick nest. On subsequent visits, I was able to photograph the bird on the nest, so it seemed that I had reached my goal, however inadvertently. This happened on June 23, and it was only the beginning.

Coincidental to this first sighting, strong winds dominated the weather for most of the next week and the nest eventually fell apart. A few days passed, and on a subsequent visit to the park I located a more substantial nest in a different location. I concluded that the first nesting site had been abandoned in favor of the new, more suitable location. Activity at this nest increased substantially, and within weeks came the first sighting of a pair of chicks, on July 21. Green heron eggs often hatch asynchronously, and in a couple of days the chick count rose to four. 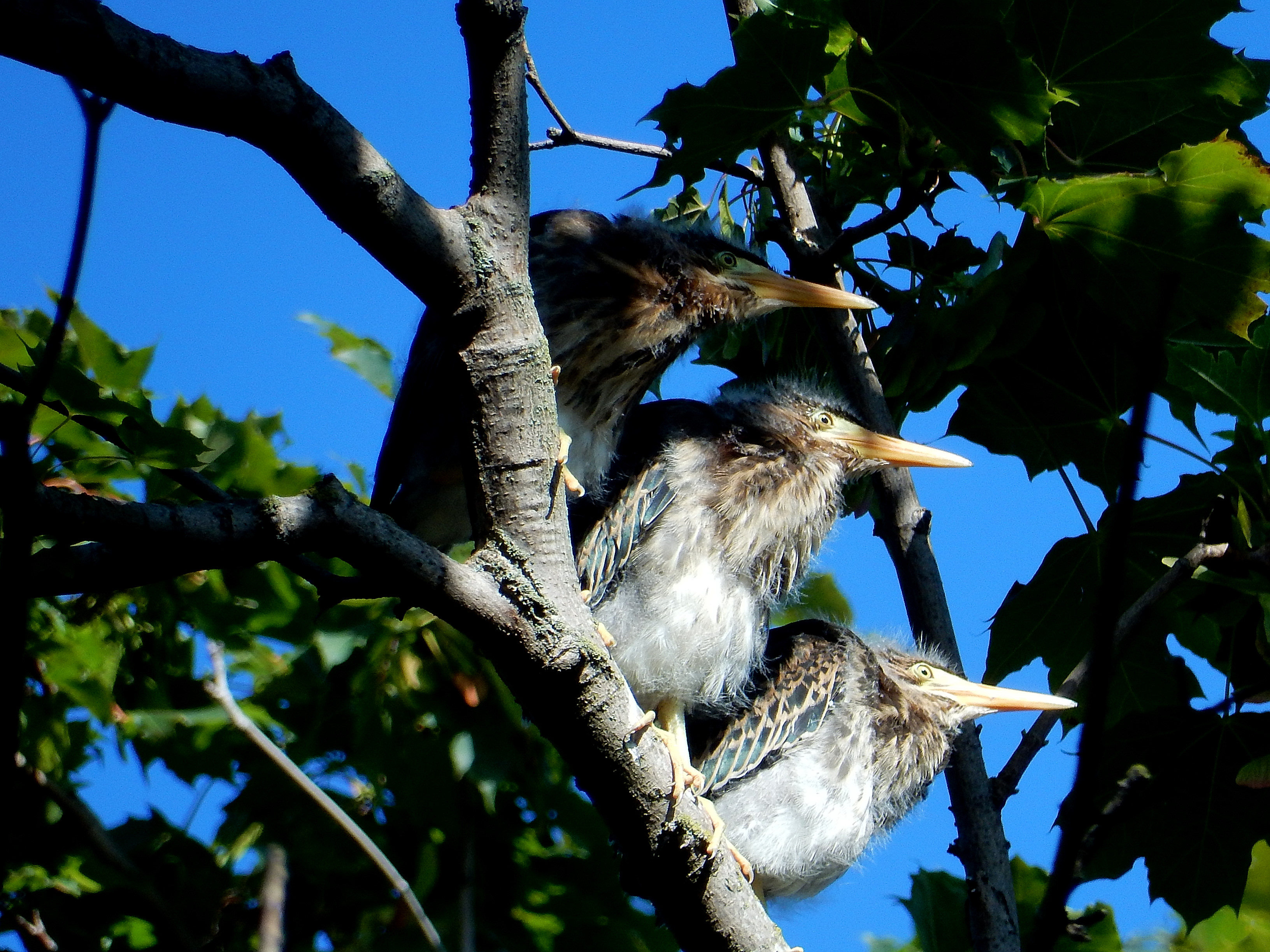 I spread the word of this nesting success through the local avian grapevine, and more people stopped by Marine Park to have a look at the new arrivals. As time went by the chicks grew and became brave enough to venture beyond the nest and became quite the attraction. I’d like to think that a few folks turned into birdwatchers when they saw two or three of us looking up into the nesting tree. A friend and I even discussed the idea of conducting a social experiment to see how many passersby would stop to ask what we were seeing as we craned our necks for extended periods of time, looking into the treetops.
As the four chicks grew, so did the long line of admirers. This was an event of note for birdwatchers and non-birdwatchers alike. If the four chicks were not enough, on one particular morning a friend mentioned that he had found eggshells beneath another tree in the park. After confirming that these were indeed green heron eggs by the color and the size, it was apparent that Marine Park now had another active nest! I listed July 27 as the date that the green heron population grew by two. All this time, the original four were growing rapidly and boldly moving around from tree to tree within the park.

After I photographed both adults at the new nest along with bundles of white, downy feathers, I realized that we had an event on our hands. With very few green heron nest sightings on record, we now had two within a small park, no more than 100 feet apart. As of Aug. 10, a pair of 2-week-old chicks was actively walking along the rim of the second nest, waiting patiently for the adults to bring food to the nest. With the first four fledglings flying in and out of the park, all attention was now focused on the remaining two chicks.
As the green heron drama seemed to be winding down, I discovered yet another unusual nesting situation. 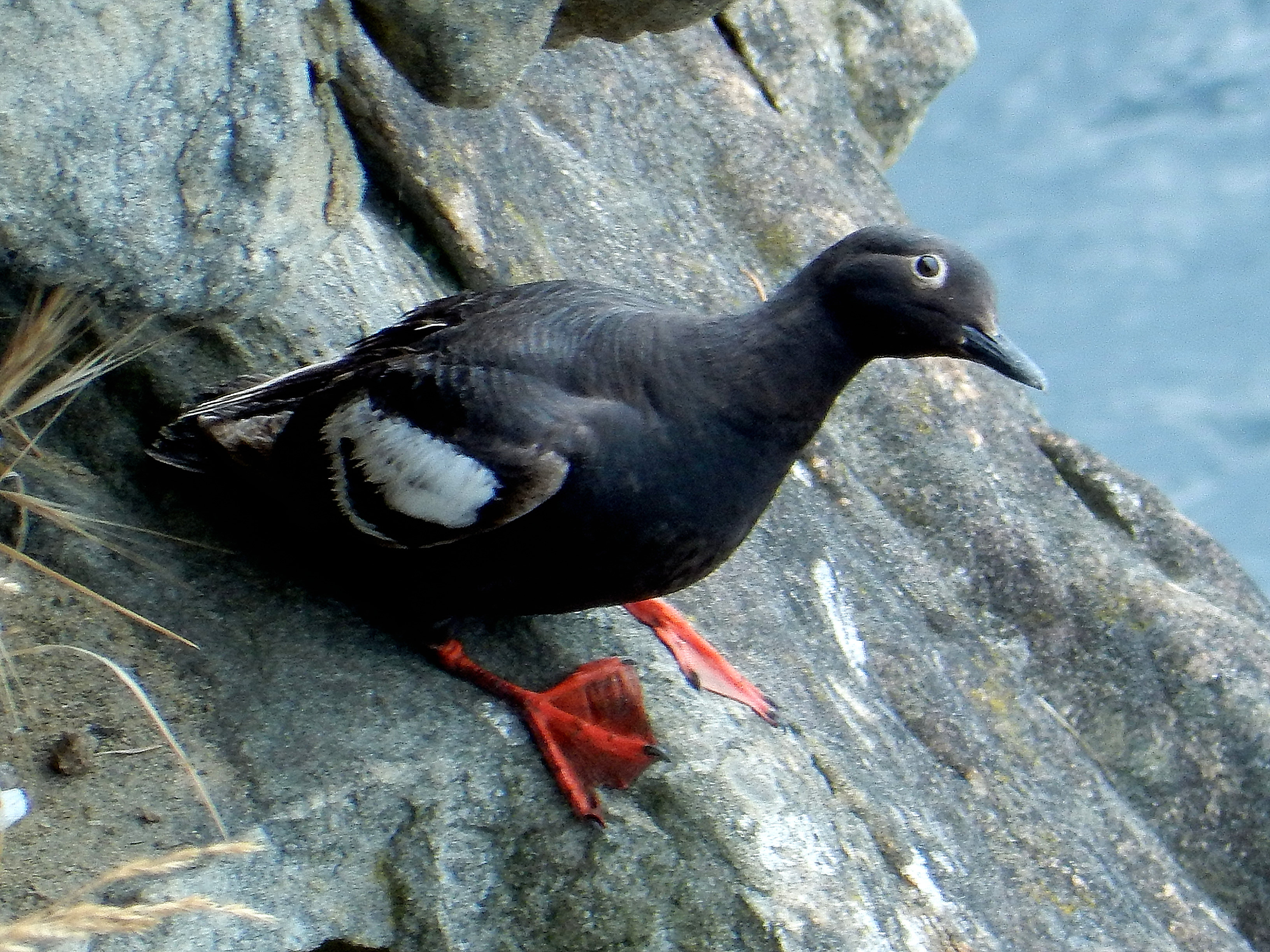 While Whidbey Island hosts the largest number of nesting pigeon guillemots in Puget Sound, they are often seen in local waters. Guillemots are stocky seabirds and are members of the family of Alcids that includes murres, auklets and puffins. In many cases, Alcids nest colonially in crevices or burrows on steep cliffs close to water and available food sources. Given the relative scarcity of sites that meet their criteria on local shorelines it’s always a treat to discover nesting pairs in Whatcom County.

In past years, I’ve observed good numbers of these unique seabirds on Chuckanut Island and on the Chuckanut Rocks between Bellingham and Larrabee State Park. I always saw these birds while kayaking since most of the sites they frequent are inaccessible and difficult to see from land.Toward the end of July, from the place where I was working north of Larrabee, I began to notice a pair of guillemots that seemed to be considering one specific area which I thought was ideal for a nesting site.

On one morning in particular, I observed the pair milling about in the water at the base of a 50-foot cliff. Since I suspected there was potential for nesting, I climbed down to a better vantage point above and to the side of the birds. I observed the pair patiently, and before long the bird that I suspected was the female flew out from the shoreline and circled back toward the cliff face. In typical guillemot fashion, her flight was fast and direct and she landed on a ledge not 20 feet away from me.

As most birds do when they reach a nesting site, she turned and scanned the area to ensure that no potential predators were nearby. She then turned and entered a burrow. Closer looks at the photos that I took revealed freshly moved dirt and sand and a scattering of small rocks and barnacles. These components are typical lining for guillemot nests. As excited as I was, I had to get back to the top of the cliff to celebrate the find. My goal now is to keep an eye on this late-breeding pair to see how this unfolds, so stay tuned.

Addendum
As of Aug. 12, there are now four green heron chicks in the second nest in Marine Park. I plan to make note of this year’s nesting success, since this could be the start of something even bigger for next year. If these small herons are successful here and decide to return in 2017, it would be the perfect complement to the great blue herons and their nesting site next to the treatment plant.