Pollution or Profit? The True Cost of Doing Business 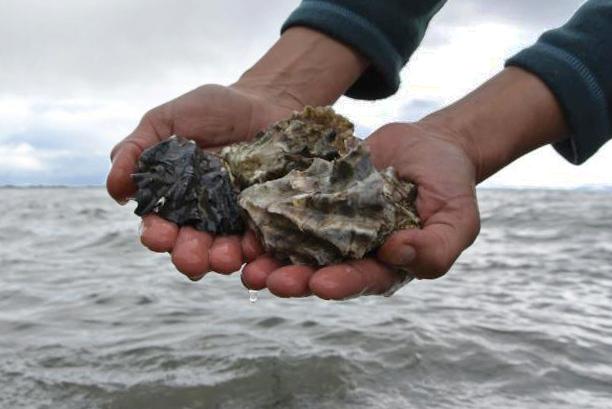 When the pressure is on, we have to increase our resolve to work together to share the land, air, and water we depend on. Industry and environment can and must find a way to thrive simultaneously. One cannot flourish at the expense of the other. Those of us who feel passionately have to collaborate with those we don’t agree with to develop a balance of priorities. We need fair and appropriate regulations to work on behalf of the environment, and we need open-minded business owners who are willing to find a way of doing business that’s a win-win for all.

RE Sources for Sustainable Communities has served this community for over thirty years by protecting the natural resources we share, and ensuring citizens have a voice in advocating for their values. Our Clean Water team is made up of scientists, analysts, mediators and researchers. We care about facts that are supported by science, and we care about working with stakeholders representing differing interests to come to a common solution.

Over the past several years, RE Sources’ team has taken a strong stand to protect our shared water resources statewide from an industry that has been polluting water with little accountability: large-scale livestock farming.

Large-scale livestock farming is one of the leading causes of pollution to waterways nationwide, and a major cause of shellfish bed and beach closures in Washington state. Disease-causing bacteria and nitrates found in livestock manure have contaminated well water in Sumas, and surface water in the Nooksack River, Portage Bay, and countless other water bodies we depend on for food, drinking water and our livelihoods — and that’s just in Whatcom County. It’s happening all over the state.

Despite this impact, Washington state’s Department of Ecology is not doing enough to regulate large-scale livestock facilities, called “concentrated animal feeding operations,” or CAFOs. Ecology, the agency responsible “to protect, preserve and enhance Washington’s land, air and water for current and future generations,” is not protecting the people of the state when it comes to regulating this one particular industry. Other industries in the state, however, are subject to stringent regulations to protect water quality. Why not CAFOs?

Make no mistake. We really value our local farmers. Our staff and board at RE Sources regularly buy local food and purchase CSA shares (Community Supported Agriculture). We support a local food system in heart and in practice. And we understand that increased regulation may mean increased costs for farmers right here in Whatcom County. Some of us have had farm businesses in the past, and many of us have lived and worked on farms. We understand the challenges.

And still, RE Sources believes no industry should compromise the availability or cleanliness of the land, air, and water we all depend on to live. We believe all industry must be held to the same standards, and responsible for the pollution they produce — no matter how powerful or valuable the industry. It is possible to maintain a healthy, viable business without polluting the water we all must share. It’s been proven by willing farmers for decades. We must find a way.

Are State Agencies Listening?
Because we believe in a balance between thriving business and a healthy environment, RE Sources and partners across the state filed an appeal last month with the Washington State Pollution Control Hearings Board (PCHB) challenging the Department of Ecology’s recently issued CAFO permits. The permits provide manure handling requirements and best management practices for certain farms. These requirements and practices are essential for protecting groundwater, streams, rivers and marine waters from manure pollution.

As you may know, nearly 5,000 residents across the state submitted letters to the Department of Ecology as they were drafting an updated CAFO permit in August. The vast majority of those citizens urged Ecology to produce a strong permit that ensured the protection of safe drinking water and uncontaminated shellfish beds using best available science, technology, and appropriate oversight.

Instead, the Department of Ecology produced two weak permits — a state-only permit for CAFOs that discharge to groundwater only, and a federal/state permit for CAFOs that discharge to groundwater and surface water — neither of which actually prevent livestock manure pollution running off of large farm operations into local waterways or seeping into groundwater. The permits are not science based. In fact, they even disregard the findings of Ecology’s own scientists and the research intended to inform the permit design.

The state-only permit authorizing CAFOs to discharge into groundwater — from which more than 725,000 citizens in Washington get their drinking water — does not require manure lagoons to be lined with a barrier to prevent leakage (an occurrence that has been proven by Ecology’s own scientists). This action puts rural communities at undue risk of nitrates contaminating their drinking water, as seen in Yakima County. Exposure to nitrates, which accumulate in the body over time, can result in blue-baby syndrome, and some studies correlate long-term exposure to nitrates in drinking water to cancer risk and reproductive issues.

Facts — Proven by Science
In 2015, a CAFO in Yakima County was ordered by a federal district court to install synthetic liners for the facility’s manure storage lagoons to prevent ongoing leakage of contaminants to groundwater. The judge found that manure lagoons were contributing to groundwater nitrate pollution, posing an imminent threat to public health for those dependent on well water.

This federal case required scientific studies to be conducted on the impacts of manure pollution to groundwater and surface water. These findings are now on the public record. Despite the facts revealed in these studies — that earthen lagoons do in fact leak into groundwater — Ecology’s CAFO permits still do not require synthetically lined manure lagoons. There are hundreds of unlined manure lagoons throughout Washington State — many of which are next to streams and rivers that feed into Puget Sound.

What’s worse, the new state-only CAFO permit is designed in such a way as to prevent citizens from taking action under the Clean Water Act, a federal law that grants power to citizens to defend their right to clean water if dangerous pollution threatens water quality. Ecology’s new state-only CAFO permit denies that right to citizens. Without cases like the above mentioned in Yakima County, citizens have no power to protect themselves from CAFOs polluting their drinking water.

Despite petitions, scientific recommendations and letters from thousands of concerned citizens, the Department of Ecology failed to do its duty to protect our shared water resources. That’s why RE Sources is appealing the permit. And we’ll continue to take every course necessary until our shared water resources are being adequately protected by the agencies charged to do just that.

We want farmers to be successful, and we fully realize the value local farming brings to our communities, families and economy. We acknowledge the claim that some farmers have made that abiding by regulations (regulations that ensure we have access to clean and safe water) is not cost-effective. We recognize the burden of cost, but also encourage our fellow Washingtonians to take into consideration the other costs involved. Profit is not the only loss.

Only Profitability Considered
If we consider only profitability, then let’s consider the tremendous cost to taxpayers for environmental cleanups. Bellingham Bay, for example, is still undergoing environmental cleanups to eradicate pollution left by an industry that only concerned itself with its profit margins. When complete, the cost of that cleanup is estimated to be in the hundreds of millions.

And then there’s the cost to other industries. Lummi shellfish harvesters lost an estimated $8 million in revenue over ten years of shellfish bed closures in Portage Bay — home to Lummi Nation’s commercial, ceremonial and subsistence shellfish beds. Manure discharged directly or indirectly into the Nooksack River flowed into Portage Bay, causing hundreds of acres to be closed over the years, because fecal coliform levels exceeded National Shellfish Sanitation Program standards.

Aside from monetary costs, RE Sources is concerned about the long-term costs to public health, tribal treaty rights and the survival of the iconic species that give the Pacific Northwest its identity. We are concerned about retaining our right to drinkable, fishable, swimmable water. Without proper protection from government agencies — through regulations like the CAFO permits — none of these “rights” are guaranteed.

We acknowledge the challenges farmers face to stay in business, and we’re especially grateful for the steps several exemplary dairy farmers in Whatcom County have taken to make reparations through the Portage Bay Partnership. Seven farms voluntarily agreed to take steps to prevent manure pollution in Portage Bay and to compensate the tribe $450,000 for the loss of shellfish income, because fecal coliform pollution prevented safe harvesting. Currently, about 800 acres are now closed six months out of the year because of fecal pollution in the Nooksack River and streams that empty into it.

We want Lummi Nation’s shellfish beds to thrive. We want salmon spawning grounds like the Nooksack River to thrive. And we want local farms to thrive. We strongly believe, and will continue to fight for, a system that is fair and works efficiently for all interests. As has been proven in the past, responsible farmers want a level playing field. Good livestock and farming practices CAN coexist with safe, clean water — it just takes determination and cooperation.

To learn more about Concentrated Animal Feeding Operations and to read RE Sources’ appeal of the CAFO permits to the Pollution Control Hearings Board, go online to re-sources.org/programs/cleanwater/industrial-agriculture.
_________________________________