1. Background: The Bellingham Municipal Code 13.16 outlines city regulations for 5G small cell installations. These were drafted in response to a 2018 City Council vote to support 5G installs. On January 14, 2019, new FCC regulations went into effect denying local municipalities the right to refuse 5G installations. So, Bellingham is set to proceed, yet there is an increasing outcry nationally and globally about the lack of scientific testing for safety, environmental effects, security and privacy issues. There is strong scientific basis for all these concerns. Some cities and states are suing against the FCC overreach. The Portland mayor refuses to proceed on the basis of health safety concerns, as well as FCC overreach. 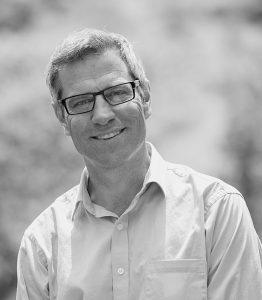 Studies of exposure to cell phone radiation raise concerns for me too, and I believe these concerns should have been settled before the FCC approved the roll-out of 5G transmitters. Unfortunately, federal law was written by Telecomm interests to actually prohibit local governments from denying cellular transmitter installation, and prevents local government from taking safety concerns to mind. Federal law ties the city’s hands, and that’s not right. I support efforts to rewrite this federal law and re-empower local governments to protect residents from health risks.

As founder of the Bellingham Growth Forums over a decade ago, I helped shape the current urban village strategy in the city’s Comprehensive Plan. Part of the bargain we struck with the community is that planning efforts would respect residential neighborhoods’ character, while channeling density into new urban cores. At the same time, I think there is room for more than low-density, stand-alone houses in our traditional neighborhoods, within limits and with good design. I support more flexibility and housing types, but I draw the line at multifamily apartment buildings.

Would you be supportive of restoring, by city code, the role of the Mayor’s Neighborhood Advisory Commission in the process of updating the city’s comprehensive and neighborhood plans?

I believe in fuller public participation of all kinds, especially during important discussions on the Comprehensive Plan. As an MNAC representative myself, I can see a constructive roll for the advisory commission that does not duplicate the advisory role already played by the Planning Commission, which is also comprised of volunteer residents. While the Planning Commission looks at each proposal in detail, MNAC could serve as a higher level policy-guiding body. I support a role for MNAC in the city’s comprehensive and neighborhood plans.

4. Background: “Transportation is the largest source of greenhouse gas emissions in Bellingham, making up 32 percent of all community emissions.” (From the Bellingham Climate Action Plan.)

In recent years, Bellingham has made progress toward an active transportation network that helps reduce our carbon footprint as well as families’ transportation costs. More people are able to get where they need to go by walking, pedaling, and rolling (such as wheelchairs).

I support a safe, walkable and bikeable, community. There is a direct correlation between reducing car travel and land use. As a founder of the Bellingham Growth Forums that created recommendations for best practices for infill that were incorporated into our comprehensive plan as preferred methods to grow I support greater density in urban villages and along arterials that promote increased use of public transportation. In 2010 I served on the Transportation Benefits District campaign committee that established funding to create more walking paths and bike lanes. As mayor I will champion efforts to renew that funding source.

5. Background:  Mayor Linville has proven to be very pro-development, and, despite some sporadic and largely bureaucratic interest in the topics, has not carved out a legacy of environmental stewardship in this era of species extinction and climate change. Some nations and municipal jurisdictions, in response to environmental chaos, are currently declaring a “climate emergency.”

If you were to use your position to declare a “climate emergency,” what specific actions would accompany it, and where would you foresee the most pressing need for change in order for Bellingham to survive the threats we are facing?

We face a climate emergency. I am a long time climate activist and member of both the Citizen Climate Lobby and the Climate Reality Project. Currently, I serve as Chair of the County Climate Impact Advisory Committee. Both the county and the city are working on recommendations  to achieve 100 percent renewable energy. We shall meet our goals. We must electrify everything and then clean up the grid. We will make large strides with conversion to electric vehicles, community renewables and batteries. All things that will be more feasible in the 2020s. Better long term planning will be required to prepare for adaptation.

6. Background: For businesses to be effective in our information-intensive economy, they need bandwidth delivered on a fiber-optic infrastructure, which provides speed and reliability. Bellingham city government has not yet made the commitment to pursue an effective fiber-optic infrastructure that is offered as an open-access network, giving co-ops, as well as telecoms, access. Doing so would attract new businesses and would provide a wider variety of internet options for existing businesses and residents. We have our neighbor, Mt. Vernon, as a model for success in doing this.

The city’s fiber network is considerable, and it has been built out over the years to enable the city to manage its operations and infrastructure (traffic lights, pump stations, emergency communications, etc.). However, it was never designed to be an asset available to the public, which I see as a lost opportunity. We should explore adding capacity and redundancy to the public network, and then follow Mt. Vernon’s example of permitting private access to the public network. This could provide a low-cost alternative to local businesses, underserved neighborhoods, and vetted Internet service providers.