Had Enough? Living Without Plastic

I was headed off to college in 1967 when Dustin Hoffman appeared in the movie “The Graduate.” He played the part of a new college graduate and was given the advice for his future career to go into “PLASTICS.” How could we know that this advice would be taken so seriously by so many people and companies? Well, it did happen, and now we have a big mess on our hands because we don’t know how to get rid of it. Where were the smart people back then?

Seems like just a few years before “The Graduate” we got most of our milk in glass bottles. When they were empty, we put them out for the milkman to take back, sterilize and refill. Sounds like simple recycling to me. We drank our soda out of glass bottles, and, when they were empty, we put them back in the handy wood crate that they were delivered in, and the soda company picked them up, sterilized them and refilled them. 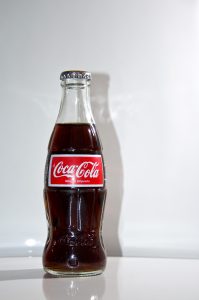 That may sound inconvenient to some of you, but we were not making a gazillion plastic jugs for milk and soda, we got good water out of our kitchen tap, took our lunches to school in a paper bag that our moms reused the next day. My sandwich was wrapped in wax paper or foil, and my fruit was fresh, and I peeled it instead of opening a sealed plastic container that is supposed to be convenient for parents too busy to pack real food for their kids to eat.

Well, we got sold a bill of goods and started buying everything we could think of in all that new plastic packaging. We were told that smart scientists had figured out how to recycle all that plastic, so it was not a bad thing. Now, we have a gazillion pounds of used plastic that the third world does not want anymore. I thought we were making picnic tables out of our recycled stuff that some really smart scientist here in this country had already figured out.

I pay a company to pick up my recyclables every week. Almost nothing is really getting remade from recyled items. Garbage fees are based on the weight of your community trash, recycle costs are based on the volume (and costs more when you compare it to regular trash).

I’m not a rocket scientist, but I know a 30-gallon trash can full of trash certainly weighs more than one filled with empty recycled items. It would be cheaper for me to throw it all in the trash. Well, I can’t do that, so I’ll just have to believe that some really smart graduates will figure out how we can remake this stuff into something worthwhile and save our planet from our own stupidity.
________________________________

Tucker Cooke has lived in Whatcom County for 18 years, having arrived from Pennsylvania via quite a few years in California.