Birding by the Seasons 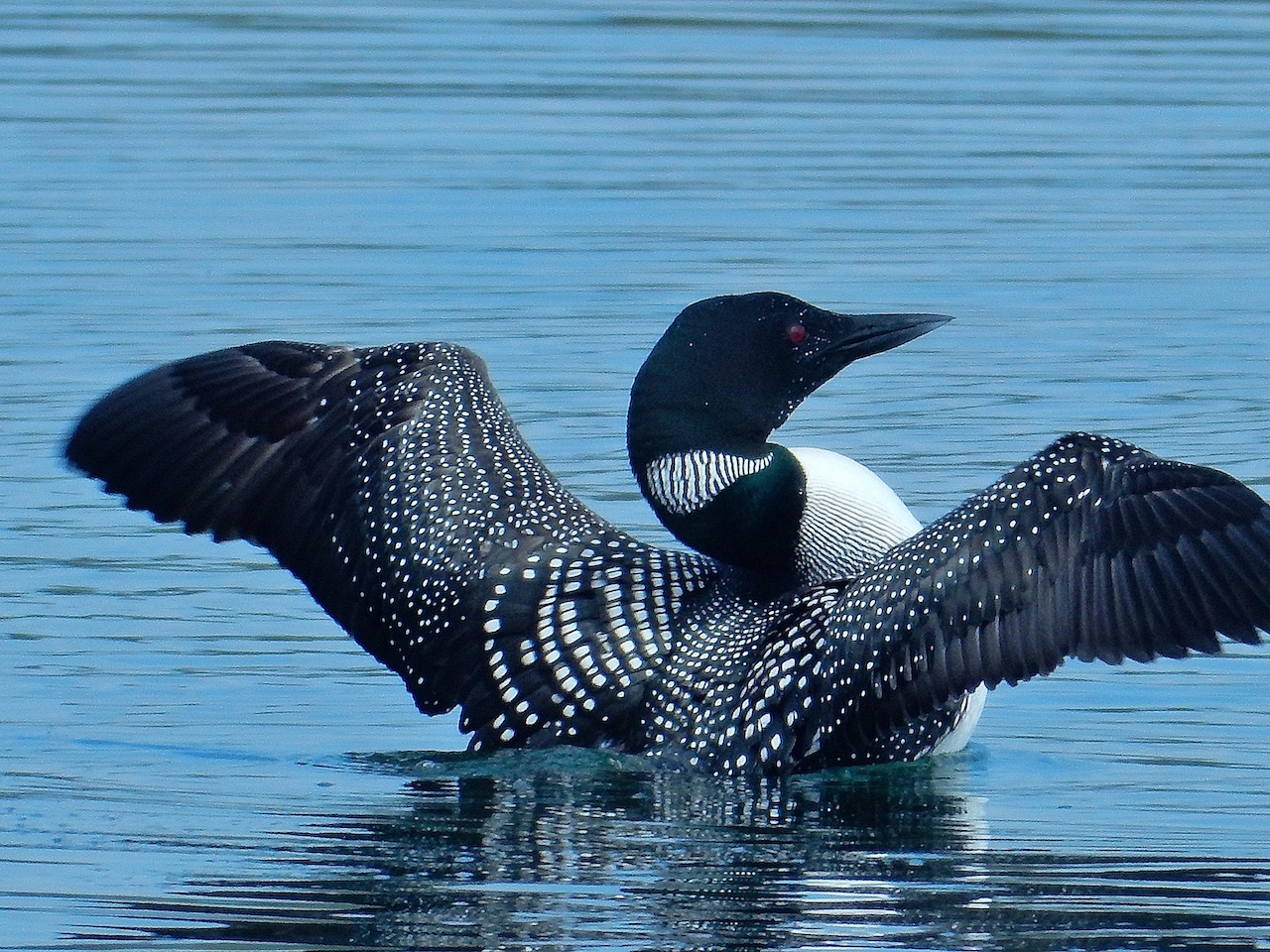 This is always the toughest column of the year to write, considering that it’s the time I’ve always referred to as the Dog Days of Birding. From mid-July and into late August, people actually complain that there are “no birds.” Of course, it’s not a valid complaint since there really are birds out there. I feel that we sometimes get spoiled by the abundance of birds in one season and the relative dearth of another. Just like the seasons, the fluctuation of bird numbers is the natural order of things. As we circle around the sun, everything ebbs and flows accordingly.

Beyond birding and birdwatchers, everyone has a different opinion when it comes to favorite seasons in general. Some prefer the warmer days of summer, while many of us don’t live here for the heat. In my case, my personal temperature threshold is around 72 degrees, though I’m beginning to fudge closer to 70 these days. It’s interesting that I grew up and spent a good part of my life in the South and can’t handle heat or humidity anymore. I guess 42 years in the Pacific Northwest has had that effect on me … maybe even spoiled me.

When you combine your overall feelings about the seasons with the passion for birds that most of us share, there’s also a divide among the ranks of which season is best for birds and birding. Let’s delve into the seasons and see if there’s any rhyme or reason to it all. If nothing else, it’s always fun to look at the year as a whole and form your own opinions.

Spring
This is the season when many focus their energies on the relief it brings from the shorter, colder days of winter. Sightings of birds that have wintered here, such as waterfowl, shorebirds, and raptors, become less frequent. This happens as they eventually succumb to the instinctual urge to head for their breeding grounds to the north and east. One of the more dramatic parts of spring is to watch birds like loons and grebes as they shed their winter plumage and don their breeding finery. You can see the gradual changes before they leave local habitats for their nesting grounds.

Our resident birds begin preparing their nests in early spring around the same time that migratory birds begin to trickle in from the south. The swallows are usually the first to arrive from warmer climes, but serve primarily as a prelude to the colorful and song-filled warblers and other Neotropical species, such as black-headed grosbeaks, Swainson’s thrushes, lazuli buntings, and the immensely popular rufous hummingbirds. Even though the Anna’s hummingbird is with us year round, the smaller rufous hummingbird seems to gain more attention since it is a visitor from the south.

As spring progresses into summer and nesting season is well underway, activity goes from an almost fever pitch to very quiet. Birds that have been trying to get attention of other birds become more difficult to find, as they do their best not to reveal the location of the nests and especially their nestlings.

Summer
One of the biggest appeals for summer birding is that the required attire in most hotspots is minimal, depending on the habitat you’re visiting. I’m a big fan of shorts and T-shirts, but summer also brings with it thorns and stinging plants, so I try to pay attention to where I am. Still, scratches and scrapes on bare legs and arms are part of the routine for serious birdwatchers. When you’re on the trail of an elusive species, it’s easy to forget the long pants.

Summer is also the time to remember insect repellent, especially in habitats like marshes and heavily wooded areas. Shorelines are usually the best places to bird and get away from the biting insects whose constant buzzing is a source of much annoyance. Keep in mind that the populations of flying insects would be much worse were it not for our swallows and other birds that are quite adept at catching them on the wing.

Fall
Even though it’s my favorite of the four seasons for many other reasons, fall is not my favorite for birding. Similar to spring in reverse, the middle of fall is a transitional time where migration overlaps occur with some frequency. Our colorful singers of spring and summer have left for the Neotropics as the winter crowd begins to filter in. In a similar fashion to spring, there are new arrivals to focus on beginning in October. Some of the new arrivals will have young of the year in tow and under wing so there’s a bit of thrill mixed in at the same time.

Some of the avian arrivals in the fall, like black-bellied plovers and marbled godwits, are just transients on temporary layovers as they continue south. In late fall, many others are settling in for the long haul over the next six months. As the numbers increase into November, there’s a different kind of excitement in the air, literally.

Winter
I know that many people might disagree with me, but I see winter as the best season for birds, especially in the Pacific Northwest. We do have to deal with the occasional snowfall and bitter northeast gales howling into the county from the Fraser Valley. However, our winters are mostly moderate with a maritime influence that keeps most open water ice-free and bird-friendly. Numerous fresh and saltwater habitats provide the essential needs for the wintering birds to sustain themselves.

If you’ve had occasion to read the numbers from the Marine Ecosystem Analysis (MESA) study done in the late 70s, you can see valid proof of the abundance of certain species in winter. Additional studies proved the point by showing some of the largest concentrations of certain species on the West Coast right here in Puget Sound. Citizen science programs like the annual Christmas Bird Count focus on population trends of all the birds that winter throughout the region.

The numbers of some winter birds, like dunlin, American wigeon, and northern pintail can reach into the thousands in some of the biologically-rich sheltered coves and inlets like Drayton Harbor and Semiahmoo Bay. The diversity of species in winter is what attracts birdwatchers from all over the country. The raptor, shorebird, seabird, and waterfowl concentrations in Whatcom County alone have put our little corner of the state on the map. This is the most reliable place to see rare to uncommon Arctic species like long-tailed ducks.

Winter birding, of course, has the challenge of extreme weather conditions to cope with as you pursue your prey. However, nothing compares to the sight of a feeding frenzy of a thousand or more diving birds or the swirling flocks of dunlin attempting to elude raptors like peregrine falcons and merlins. Several thousand snow geese taking flight simultaneously will warm the body and soul on the coldest winter day. Cold weather birding requires more preparation and certainly more layers, but it’s always worth the extra effort.

All four seasons have something different to offer no matter your preferences or pursuits. It might be crowded in the field if everybody wanted to be out at the same time, so it’s good that we have a seasonal balance. The great thing about having four distinct seasons is that your favorite will be back eventually, along with your favorite birds. Enjoy!
__________________________________