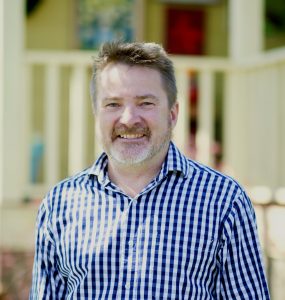 WWU is an incredible asset to our community but should play a much more assertive role in providing housing in Bellingham for its students. Whatcom Community College is building new housing for its international students. While I hope Western begins a broad investment in housing, the city of Bellingham has no current jurisdictional authority over Western when it comes to housing provision and I would not make demands of another institution because I believe strongly in collaborative problem solving. I have met with and shared my concerns about housing impacts with leadership at WWU and they know my position on housing.

Yes, along with free Wifi in urban villages including the downtown core.

Do you favor permitting multifamily housing,Â like triplexes, in areas of the city now zonedÂ exclusively for single-family, detachedÂ homes?

Transportation-oriented development, infill in our urban villages, and the explosive growth along Telegraph and other north-side locations are where we are seeing the lion’s share of permits. Additionally, 38 percent of all new housing since 2006 has occurred in urban villages, despite being only 3.8 percent of land area. Growth in our seven urban villages is expected to stay above a third of all new development for the next 20 years and we having been steadily annexing out into UGAs. I voted for the Comprehensive Plan, which calls for a variety of housing types in single-family zones.

Bellingham should continue to regulate its shoreline, habitat and CAO ordinances. I voted to remove the diversion dam on the Nooksack to open up 16 miles of critical, pristine salmon spawning habitat. For new projects the city regulates stormwater and any new project that impacts stormwater in the city is required to mitigate their discharge. The bridges at State and Ellis  were advanced to the forefront because they are failing again and are critical transportation points for commuters, transit and commerce.

I will continue supporting the city’s bike/ped infrastructure through the Transportation Improvement Plan, advocate for the passage of the next Transportation Benefits District to fund bike/ped projects as well as secure state transportation dollars.

I voted for the Climate Action Task Force and support getting to 100 percent renewable by 2030. I support investments in charging infrastructure for electric cars and changing from incineration to anaerobic digestion at Post Point to reduce our municipal carbon footprint. I voted to purchase the conservation easement for Galbraith Mountain, protecting over 2,000 acres, including 1,000 in the Lake Whatcom Reservoir.

The FCC has the final authority on 5G installation and science and research should continue on to conclusively determine adverse health and public health impacts.