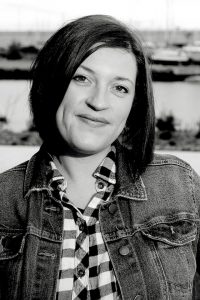 I was a WWU student who lived in the dorms, lived in off-campus housing as a student and also lived in a neighborhood with student housing well past my college days. I would be very interested in working with WWU and the other colleges in Bellingham to understand if there are roadblocks to increasing on-campus housing and what role the city might be able to play in encouraging the possibility of adding more, especially for low income students or those experiencing homelessness.

Yes, a fiber-optic infrastructure is crucial to long-term planning for the future health of both our economy and our residents.

Multifamily housing currently exists in many of our neighborhoods zoned single family, dwellings built before zoning restricted the practice. Yet, they’re often beautiful and not obviously multiple units at first glance. I am in favor of incremental change to our zoning laws and would like to encourage that new construction is well-built, adheres to strict design standards and the impact to the surrounding neighborhood is managed appropriately. We’re going to need to house tens of thousands of new neighbors in the next few decades. We can grow closer together in a smart and beautiful way.

Any new development near environmentally delicate areas should be overseen with strict enforcement of regulations to protect the long-term ecological health of our region. As the science evolves, our regulations should also evolve. With existing development, I would be open to the idea of mitigation and working with relevant agencies to encourage an economic and environmental balance.

Residential density within our urban centers is a key part of the solution to moving away from a reliance on automobiles. The majority of Bellingham residents should be able to easily walk, bike, or bus to work, school and most essential needs. Young people are more and more likely to put off obtaining a driver’s license than they were in years past. We not only need to plan long-term for those increasingly choosing to not drive, we can encourage the change by ensuring safe pedestrian and bike paths rather than prioritizing automobiles when developing or re-developing our streets.

We have a history full of mistakes in rolling out new technology before it’s been thoroughly tested, so being aware of the possibility of harm with any new technology isn’t without merit. Ideally, before implementing brand new technology we should be listening to scientific consensus by way of reputable organizations. In fact, I’d like to see public policy much more often directed by research and evidence, overall. While I understand very similar technology has been thoroughly researched, this variant has not. In this case, our hands are tied due to the federal directives without expensive litigation.