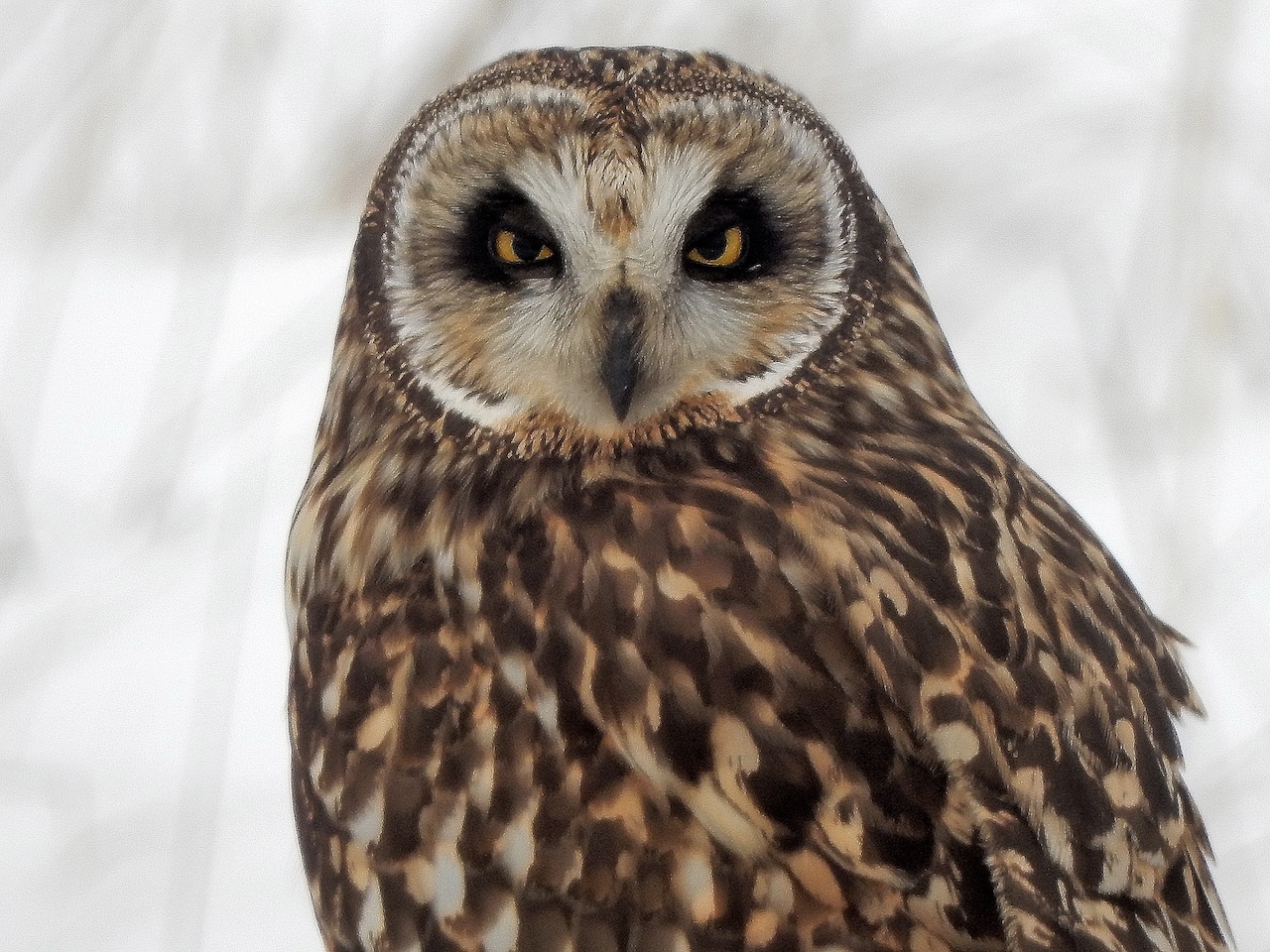 As we enter yet another new year, it’s more obvious every day that we’re in the thick of winter weather and the birds we associate with the colder months. I’m quite possibly under the influence of the inner masochist, but winter is one of my favorite times of the year for birding. I think the simple answer has to do with the fact that there are more birds and fewer humans. Dress accordingly and you’ll possibly see what I mean, unless, of course, you like birding in a crowd. Since birding is my primary form of meditation, you’ll most often find me alone.

Before I get too far away from the original point, winter birding is one of the main things that put Whatcom County on the map(s), literally. The number and diversity of species that winter here made Semiahmoo/Drayton Harbor one of the first of 53 Important Bird Areas in the state. In addition to that designation, the same area became the cornerstone site for birding in the first loop of the Great Washington State Birding Trail. The rest of the county was also well represented in the inaugural issue of this informative series from Audubon Washington.

While we have a wealth of resident and migratory birds in a variety of habitats, my main points of interest when I’m out in the field are the shorelines and associated estuaries and embayments. Most of these areas are very accessible to everyone and range from Blaine to Larrabee State Park. Aside from the immense flocks of swans and snow geese that feed in the northeast county, this is where you’ll find our best winter birding. Three groups of birds are among the most sought after by birdwatchers: waterfowl, shorebirds, and raptors.

If you’ve followed this column over the past 20 years, it should come as no surprise that the extended families of waterfowl are near and dear to this birder’s heart. I grew up in serious waterfowl country in southwest Louisiana and quite a few of the birds I enjoy here were new to me when I moved to the Northwest. In almost 45 years, I’ve added a good number of birds that never made it to Louisiana. But then, many of the birds I grew up with aren’t found here, so there’s a definite species tradeoff.

Migratory waterfowl gather in the protected confines of Drayton Harbor, sometimes numbering in the thousands on any given day. American wigeons and northern pintails are among the most numerous, with a frequent and sizable contingent of green-winged teal. All three of these are considered to be dabbling ducks that merely tip down headfirst to feed. The large flocks of American wigeons are often accompanied by the less common and relatively rare Eurasian wigeons, giving ample reason for birders to scope the flocks for something different. Mallards, wood ducks, gadwalls, and northern shovelers are also dabblers that you’re more likely to find on freshwater impoundments.

The counterparts to the dabblers are the diving ducks, primarily the sea and bay ducks that attract a lot of attention in the birding community. I’ve led winter field trips in the past with groups of birders who came up from the greater Seattle area to observe our wealth of winter birds, with a special emphasis on the divers. Part of the appeal has to do with their animated behavior as they spend their days searching for food underwater and eventually surfacing with their prizes firmly clamped in their bills. The majority of birds that fit into this classification are migrants that spend their winters with us. 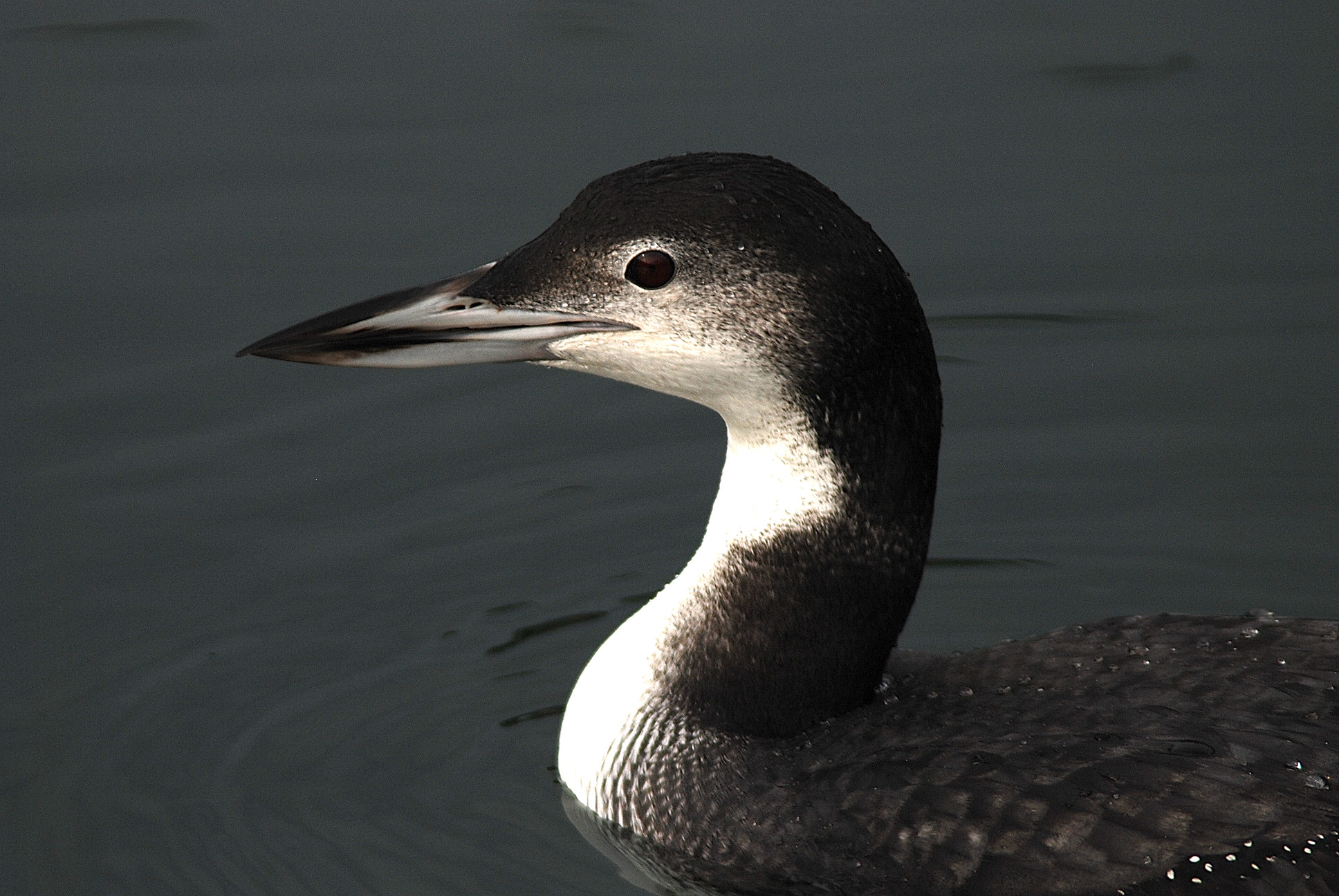 The birds of note in this group include three different species of scoters, Barrow’s and common goldeneyes, as many as three species of loons, buffleheads, three merganser species, canvasbacks, greater and lesser scaup, and four species of grebes. Two of the most sought after species are the harlequin and long-tailed ducks. The dramatic plumage and coloration of the harlequins make them a prize on everyone’s life list. The long-tailed ducks hold the most appeal of all, given the long migration they make from their Arctic breeding grounds to spend the winter in an ice-free habitat. This is the deepest diving duck, capable of diving to 200 feet and remaining submerged for a minute and a half. Their yodeling calls are also part of their appeal.

Sharing the shorelines with many of the birds we mentioned before are the inimitable shorebirds. Thousands of dunlin are the predominant species that we see, often in swirling masses as they attempt to elude raptors like peregrine falcons and merlins. At low tide, look for them probing for food on the mudflats or clambering over the cobble beaches with sanderlings and black turnstones. While you’re on the prowl for shorebirds, keep your binoculars ready for the larger black oystercatchers. They’re hard to miss with their bright red-orange bills.

Topping off the winter birds of note are the hawks, eagles, and owls … known collectively as raptors or birds of prey. Our national symbol, the bald eagle, is one of the easiest birds to identify, but challenges arise when you add younger birds to the mix. It takes four years for an eagle to attain the recognizable adult plumage. Whatcom County’s traditional high numbers of eagles might be adversely affected this year with the November flooding of the Nooksack River. High and fast-moving water washed away most of the spawned out salmon they rely on for their winter nourishment. In the same realm as eagles, red-tailed and rough-legged hawks prefer open areas for hunting, while the smaller Cooper’s and sharp-shinned hawks often pursue smaller prey into more wooded areas.

Some of the most fascinating of all birds are the owls. The arrival of a snowy owl at Sandy Point and the attendant crowd of paparazzi left no doubt as to the popularity of this species. Along with the rare visit from a snowy or two to cause a bit of excitement, short-eared owls are also a big draw. Spend time on the Lummi Flats during the winter months and you’re likely to see shorties as they perform their amazing aerial maneuvers in endless searches for voles and other small mammals. At the same time, keep an eye out for their main competitors, the northern harriers.

While you’re reading this, the winter birds are waiting, so button up your overcoat and enjoy Whatcom County’s avian bounty. I’ll see you out there!