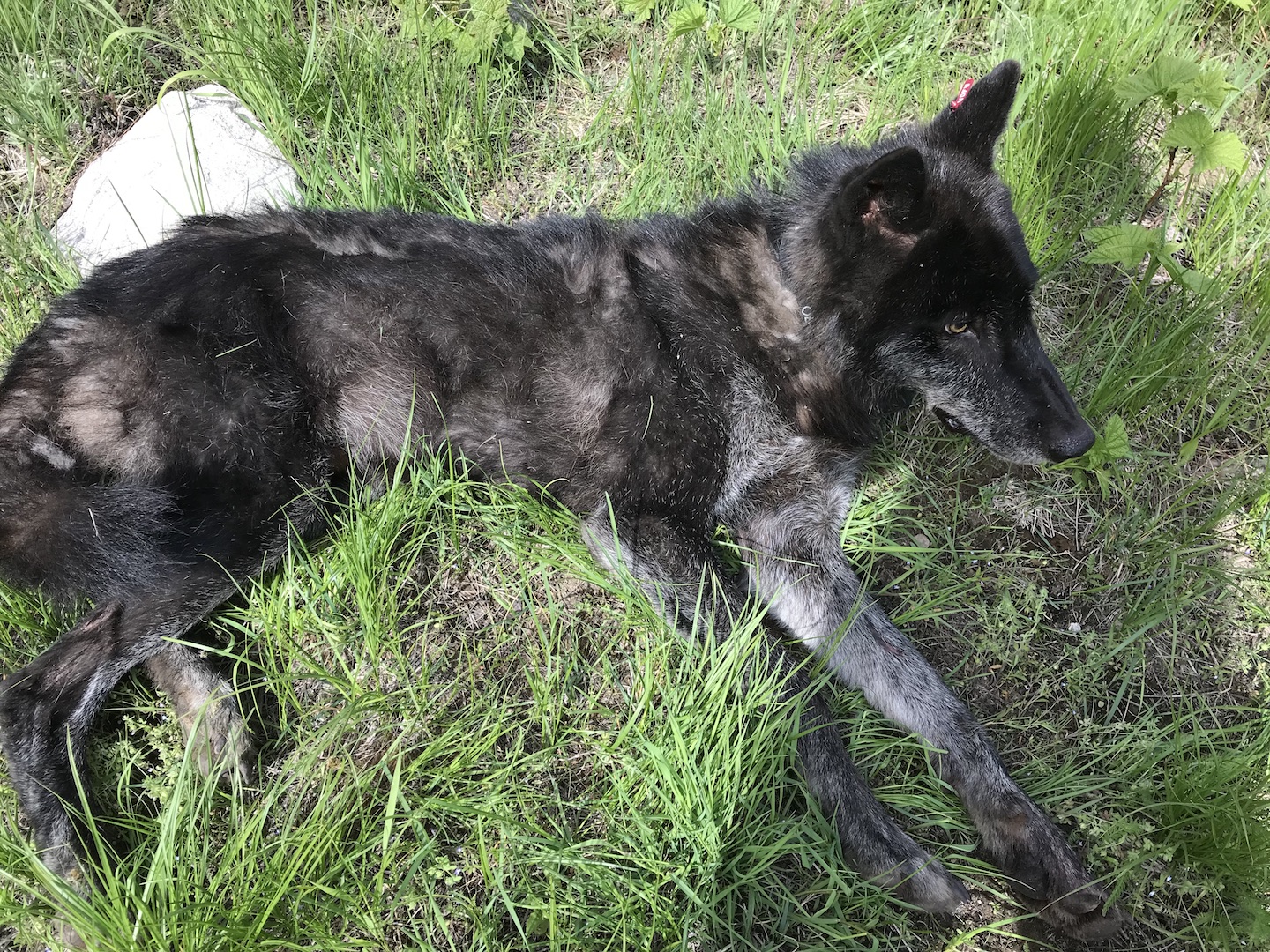 The Washington Department of Fish and Wildlife issued a new order on June 19 authorizing the killing of up to two members of the Togo wolf pack in Ferry County. This may leave the pack with just one or two surviving members, according to the department’s annual wolf report released in April.

The wolves will be killed by the agency’s staff or the livestock operator. The department first announced June 10 that an injured calf had been discovered five days earlier. Upon discovery, the calf’s injuries were already healing and estimated to have been incurred roughly one week before. The kill order comes despite the calf’s recovery and the department’s inability to verify that a Togo wolf inflicted the injuries.

“We’re incensed to learn of yet another wolf-kill order from the state,” said Amaroq Weiss, a senior West Coast wolf advocate with the Center for Biological Diversity. “The department’s irrational rush to kill these wolves shows exactly why Washington needs to create rules to protect these endangered animals. Killing wolves should only be a last resort.”

According to the department, several proactive conflict-deterrence measures had been in place prior to turning out the herd on a private pasture. These included daily monitoring by range riders charged with looking for sick and injured livestock, though the calf’s injuries went undetected for a week. After examination, the calf was turned back out to pasture.

“This kill order makes little sense,” said Weiss. “The department hasn’t radio-collared any Togo pack members, so it can’t be sure a Togo wolf was involved. Issuing a kill order for an injured calf that was returned to pasture is not an appropriate response.”

There have not been any new wolf predations since the calf was injured in late May, so killing wolves now also violates the department’s position that killing wolves more than 14 days after a predation will have no effect in halting future predations.

Since 2012, the state has killed 31 wolves, which are listed as endangered under state law throughout Washington and endangered under federal law in the western two-thirds of the state. In killing wolves the department says it’s relying on a state wolf plan adopted in 2011 and guidance from a separate protocol crafted by the agency in 2016 and 2017.

Neither the plan nor the protocol contains requirements or enforceable provisions as to when wolves may be killed over livestock conflicts. In May the Center and allies filed an administrative petition urging the Washington Fish and Wildlife Commission to adopt rules with enforceable requirements for the department and livestock operators to use appropriate nonlethal measures before resorting to killing wolves.

The rules would replace the guidance in the protocol.

The Center for Biological Diversity is a national, nonprofit conservation organization with more than 1.7 million members and online activists dedicated to the protection of endangered species and wild places.