The Native American History of Fidalgo and Whidbey Islands 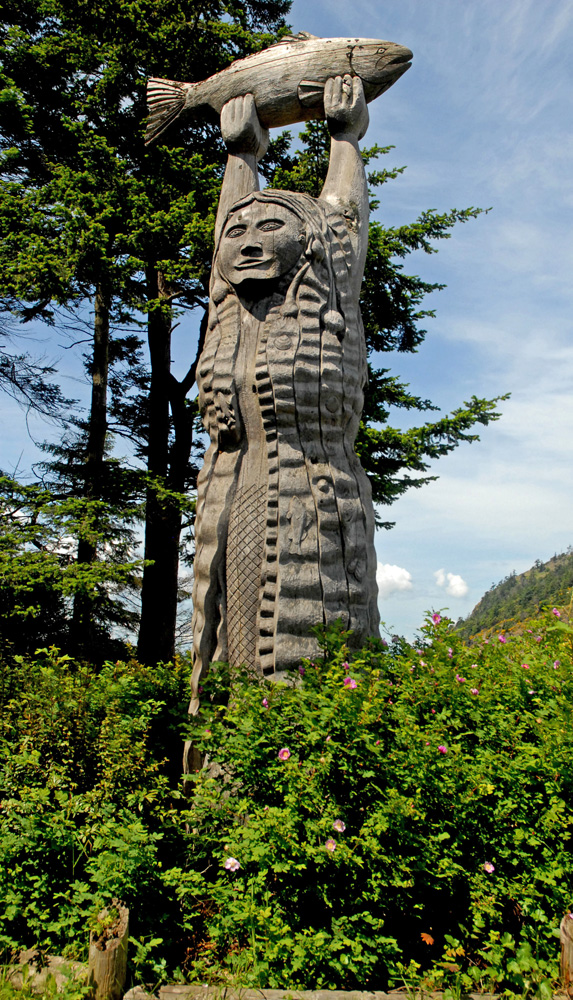 Native people have lived in the Salish Sea region for over 10,000 years. This vast time span is described by Native elders and cultural leaders as “time immemorial.” For all the time that we can easily comprehend, the people have always lived here. The first people that settled here after the retreat of the last glaciation are among the ancestors of the Coast Salish people of today. Certainly other people entered the area later, although there is no evidence of migrations in the past few thousand years. Archaeological and linguistic evidence supports the idea that the speakers of the ancestral Salish language lived in the area surrounding the mouth of the Fraser River about 5,000 years ago. From this homeland, the Salish languages diversified and spread throughout the Pacific Northwest, producing the 23 distinct Salishan languages spoken in recent centuries.

Speakers of two of these languages lived on Fidalgo and Whidbey islands. The most northerly of the four Native groups living on these islands is the Samish, who spoke a dialect of Northern Straits closely related to Xwlemi Chosen, the Lummi language. All of the other groups to be covered here were speakers of Lushootseed, or Puget Salish, a language spoken throughout the Puget Sound area from the upper Skagit River to the head of the sound around Olympia.

The Samish had traditional winter villages on the northwest half of Fidalgo Island, as well as on Guemes and Samish islands, with a territory that extended from Chuckanut Bay to the northeast to the southern tip of San Juan Island to the west. Their continued presence in this territory is dramatically shown by the Maiden of Deception Pass sculpture at Rosario Beach in Deception Pass State Park. An excellent video about the sculpture and the Samish people is available online. (1) The Samish are a federally recognized tribe with offices in Anacortes. Their website states: “The Samish Indian Nation is the successor to the large and powerful Samish Tribe, a signatory to the Treaty of Point Elliott in 1855.” (2)

The southeast half of Fidalgo and the northeast corner of Whidbey are in Swinomish traditional territory, which also included parts of the Skagit River delta. The Swinomish were a small group whose homeland was chosen as the site of one of the few reservations established in the 19th century. Their situation is well stated in the following: “The Swinomish Reservation is located on Fidalgo Island in Western Washington state. It is the home of the Swinomish Indian Tribal Community, a federally recognized tribe. The Swinomish Tribe is descended from and is a successor to tribes, including Swinomish, Kikiallus, Samish and Lower Skagit, that inhabited the Skagit Valley and Puget Sound islands for thousands of years before non-Indian settlement.” (3) Most of the population of the Kikiallus of Camano Island and the Lower Skagit of Whidbey Island moved to the reservation, helping the Swinomish become the strong tribe that it is today.

The northern two thirds of Whidbey Island was the homeland of the Skagit people, often referred to as Lower Skagit to avoid confusion with the Upper Skagit. The Skagit territory extended to fishing locations on the Skagit River downstream from modern day Mt. Vernon, but all of their permanent winter villages were on Whidbey Island. The three best-known villages were on the shores of Penn Cove, with two other villages at Oak Harbor and adjacent Crescent Harbor. This area was visited in May 1841 by U.S. explorer Charles Wilkes, who reported the following: “The next point visited and surveyed was Penn’s Cove, between Whidby’s Island and the main. This island contains many small villages, and appears to be more thickly peopled than other parts of the sound … here [is] a permanent settlement, consisting of large and well built lodges of timber and planks.” (4)

One important winter village was at Coupeville: “Bʒáʒale (Bdzá-dzaley) which was at the present site of downtown Coupeville was said to be one of the largest Lower Skagit villages within the Penn Cove area.” (5) Due north of Coupeville, on the north bank of Penn Cove at Monroe’s Landing, was the village of Čǝkwolá, and east of Coupeville on the south shore of the entrance at Snatelum Point was the village of Čoba?álšid. Some native families continued to live at these two villages into the 20th century, long after most of the Skagits had moved to the Swinomish and Tulalip reservations. Building on the ongoing ties to these families, local promoters sponsored the Indian Water Festival starting in 1929. Many tribes attended and canoe races were a featured event in the years up to the start of World War II. (6) The celebrations were revived in 1992 as the Penn Cove Water Festival, which is still held each year (except during the coronavirus pandemic).

Heart of Skagit Indian Traditional Territory
The heart of the Skagit Indian traditional territory is preserved today as Ebey’s Landing National Historic Reserve. This reserve was established to preserve historic sites and a rural landscape, which owes its existence in large part to Native American land use practices extending many centuries into the past. The link is the existence of open prairies in this part of Whidbey Island, the largest being Ebey’s Prairie, extending from Coupeville across the island to Ebey’s Landing on Admiralty Inlet. Extensive areas without forest is unusual in this region, and almost certainly required regular burning to prevent trees from filling in the clearings. The Skagits and others cultivated the prairies as they harvested camas bulbs and set fires every few years. There is archaeological evidence for these practices going back at least 2,300 years. (7) When Euro-Americans arrived in the early 1850s, they settled almost exclusively on the prairies because of the lack of trees. Evidence of these early farms, the 19th century waterfront of Coupeville, and ancient prairie landscapes are preserved today.

Finally, the southern third of Whidbey Island was part of the traditional territory of the Snohomish Indians. There was a major village at Cultus Bay on the southern tip of the island, with most of the other villages located on the mainland near modern Everett and Marysville and along the Snohomish River. Most Snohomish descendants are members of the Tulalip Tribes, “successors in interest to the Snohomish, Snoqualmie, Skykomish, and other allied tribes and bands signatory to the 1855 Treaty of Point Elliott.” (8) The Tulalip Tribes are one of the most prominent native groups in our region today.

Fidalgo and Whidbey islands have a rich history, which begins thousands of years ago with the ancestors of the Coast Salish people. Over millennia, native culture changed in many ways, including the development of increasingly efficient fishing methods and distinctive art styles. An important change in the islands was intensive land management to maintain the open prairies. Fishing continues to be essential to the native communities today, Coast Salish art is widely recognized, and the prairie landscapes can be appreciated by all visitors to Whidbey Island.

A Note on the Names of the Islands:
Whidbey Island was given its non-native name once and it has stayed almost unchanged since, while it took half a century for the current name to settle on Fidalgo Island. Whidbey Island was named Whidbey’s Island by British explorer George Vancouver in 1792 to honor Joseph Whidbey, the first to circumnavigate his namesake island. In 1790, Spanish explorer Manuel Quimper gave the name Boca de Fidalgo to the opening of the present Rosario Strait. A map from the Eliza expedition of 1791 uses Canal de Fidalgo to name all of today’s Rosario Strait. Fidalgo Island was not recognized as an island by the early explorers, and was given its name by British mapmakers in about the 1830s. Similarly, Quimper gave the name Ensenada de Caamaño to what is now Admiralty Inlet, and the name was later used for Camano Island. (9)