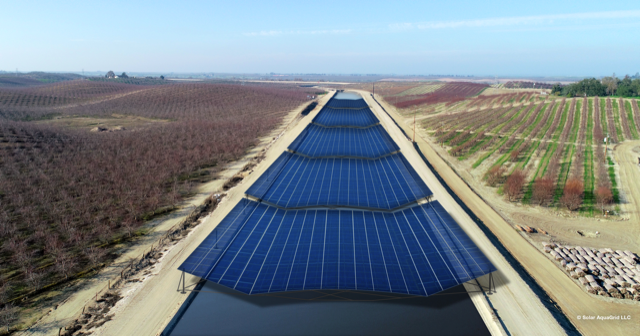 Good news is hard to come by these days and that is especially true of the climate crisis we find ourselves in. Sometimes we feel absolutely helpless when we are reading about rising sea levels, arctic ice melt, severe droughts and wildfires that destroy thousands of acres of forests. I could list more but would rather not dive into more depressing details when there are signs that the world is waking up to the urgency of now.

One of the bright spots is a policy buried in the President’s Build Back Better Bill. Oh that one, you say — that is stalled in a partisan Congress who cannot even make a decision in their own caucuses. There is talk of taking out individual pieces, and once Congress sees that one of the proposals is tax credits — how can they resist?

Taxes — we love to hate them. Yet, they are the engine that pays for everything: defense to national parks, scientific research to roads and bridges. Corporations and individuals are always looking for ways to lessen their tax bill.

A new analysis by researchers at the University of Chicago and the energy research firm, Rhodium Group, finds that these particular clean-energy tax credits will lower investors’ taxes while also ameliorating climate change. The tax credits are a set of incentives that would push the United States to generate more electricity through wind, solar, and other zero-carbon resources. They have a good chance of passing Congress. (As of March 1, this has already passed the House). They also have a new angle — they are called direct payment credits in that the developer applies directly for them without going through a middle man/woman, which is usually a bank which adds to the cost of the project.

Possible Game Changer
The researchers’ study (which has not been peer-reviewed) finds that the policy’s benefits will be three to four times larger than its costs, creating as much as a projected $1.5 trillion in economic surplus while eliminating more than 5 billion tons of planet-warming carbon pollution through 2050.

Wow, that is 33 to 45 percent of carbon from the California energy sector that would be taken away. This could be a game changer.

Michael Greenstone, a coauthor of the study and the Milton Friedman Distinguished Service Professor in Economics at the University of Chicago, said, “I came away from this quite surprised at how beneficial this was. It’s very rare that we get opportunities to have policies with a benefit-to-cost ratio of 3 or 4 to 1. Normally it’s like, 1.3 to 1, and we economists get very excited.” (1)

Tax credits have an appeal to action while dire warnings about the effect of carbon seem to pass over our heads. Money talks.

Leader in Renewable Energy
For instance, which state is number one in renewable energy? I bet Texas doesn’t automatically leap to your mind. Yes, it’s true. Texas had 7,352 megawatts of new wind, solar, and energy projects come online in 2021; the runner-up was California with 2,697 megawatts. Not only that, Texas is ahead of California by over 6,000 megawatts on the drawing board already for 2022. (2) What is happening here?

Anyone who has been to Texas knows that they have an abundance of wind and sun, but a large contributor to this transformation is — money — the low cost of renewable energy driven by the deregulation of the energy market in the 1990s. This deregulation meant that the lowest price was the main driver in the energy system, and, lately the price of solar and wind have come down rapidly (partly due to new technology, partly due to government support). Deregulation had a downside, however.

Not true — the data showed that deregulation had led to ignoring the need to winterize their power sources, primarily natural gas.

Texas is also the land of the oil well: extra incentives are needed to persuade them that renewable energy is a good investment. This is where the tax credits will come in.

The proposed tax credits would allow developers to use them when producing or investing in any kind of zero-carbon electricity — they’re fully refundable and are simple and easy to utilize. They could be used by existing power systems or entrepreneurs who want to activate their own startups.

Solar Panel Canopies Above Canals
Here is a startup solar project that is intriguing. The Turlock Irrigation District near Modesto, Calif., announced this month that it is building solar electricity-generating canopies over portions of the district’s irrigation canal system. The district is working in partnership with a Bay Area start-up, Solar AquaGrid. CEO Jordan Harris observed that French canals had tree canopies that shaded the water, but the irrigation canals in California’s farm belt were totally exposed to direct sunlight, causing evaporation of some of the water. The district’s farmers depend on these irrigation canals to grow their crops.

The company, after extensive research — even going as far as Gujarat, India, to see the only similar project they could find — is installing solar panels that are suspended above the canal, allowing water to flow freely underneath while shading it from evaporation from the hot California sun.

A peer-reviewed paper published last year in the journal, Nature Sustainability, showed that the financial savings of reducing evaporation from these canals would be enough to cover the costs of the canopies, and that there are additional benefits from generating renewable energy.

“We were surprised by the significant evaporation savings, which we project to be as much as 82 percent,” said Dr. Brandi McKuin, lead author of the report. “That amount of water can make a significant difference in water-short regions. Because the solar panels shade the canals from direct sunlight,” McKuin added, “they not only mitigate evaporation, but also curtail the growth of aquatic weeds and reduce maintenance costs, while the evaporation that does occur actually cools the panels, thereby increasing their efficiency in converting sunlight to electricity.” (4)

An additional benefit is the placement of panels above an existing system instead of taking out valuable land for an array of solar. If this pilot program is successful, think what these tax credits could provide — start-up money for similar installations all over the nation where precious water is being lost to evaporation, and energy is produced by the solution.

What do these various ideas do for Whatcom County? Using federal direct tax credits, solar could go up on every barn in Whatcom County, and every civic building in our cities. Wind turbines would certainly pan out on the windy coastal areas — maybe Cherry Point? Best of all, instead of covering productive farmlands with solar panels, it is worth exploring the numerous irrigation ditches we have in the county for a similar project.

Thinking outside of the box and creatively addressing the challenges of climate change gives us hope that we can mitigate the worst ravages of global warming.

Jayne Freudenberger is cochair of the League of Women Voters Bellingham/Whatcom County Climate Issues Committee. She has lived in Bellingham for 50 years, almost qualifying her as a native. Invested in preserving this special place, she represented the league on the Cherry Point coal issue and attended Al Gore’s Climate Change training to further the work.