Restoring Grizzlies to the North Cascades 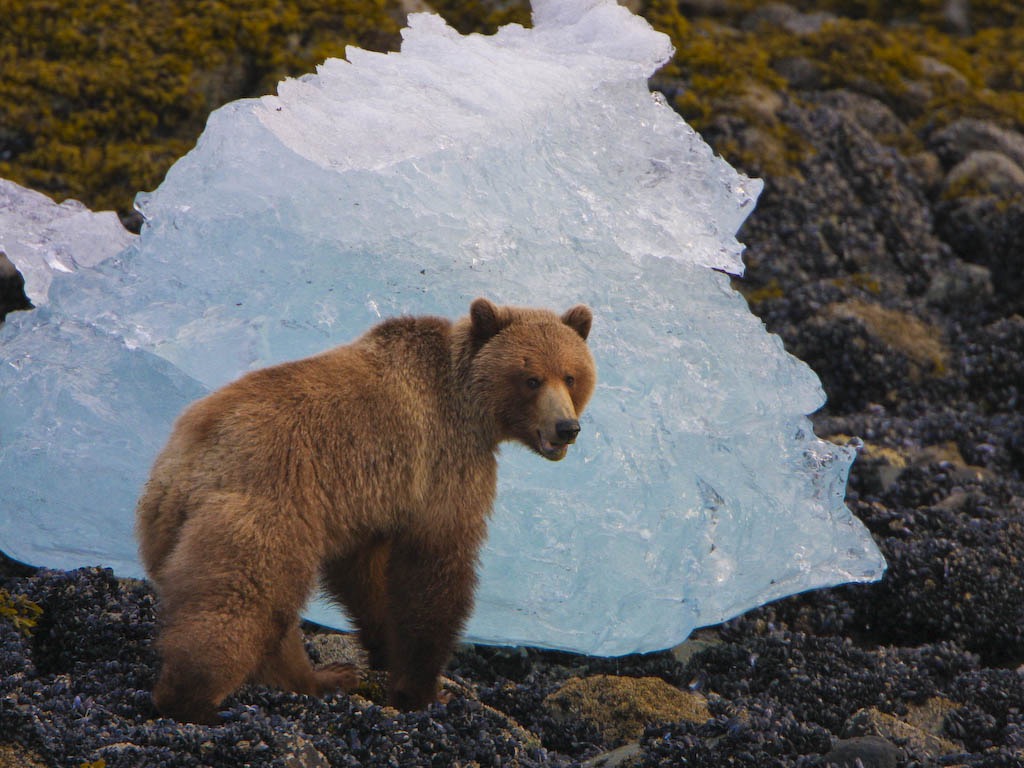 Grizzly bears. Icons of the Wild West and the fear of campers everywhere.

Many people would like to see grizzlies return to their natural ranges for their cultural importance and ecological benefits; others oppose their return for economic, safety or logistical reasons.

According to the National Park Service (NPS), in the early 19th century, an estimated 50,000 grizzly bears lived in North America ranging into present-day Alaska to as far south as Mexico. Fewer than 500 were left by the 1930s. Biologists estimate that there are now about 10 grizzlies in the American side of the North Cascades.

Grizzly bears are thriving in other parts of the country like Yellowstone and Alaska; today an estimated 1,850 live throughout the lower 48 states, according to the National Park Service’s Draft Environmental Impact Statement (EIS), published in January 2017. Despite the successes around the country, the last grizzly sighting on the U.S. side of the Cascades in Washington state was in 1996.

Grizzly bears have been on the Endangered Species List since 1975, (1) and conservationists have been trying to find a way to bring them back for even longer. Today, the federal Department of the Interior, the Fish and Wildlife Service and the National Park Service have developed four plans to restore grizzlies back in the Cascades. Federal scientists designated the North Cascades a Grizzly Bear Recovery Zone, anchored by the North Cascades National Park, in 1997. It is the only such grizzly bear zone on the West Coast of the lower 48 states, according to the National Parks Conservation Association.

The Plans
The goal of each plan is to reach 200 grizzly bears in the North Cascades Ecosystem. (2)

The first option is to do nothing. The government agencies plan to raise public awareness and work with existing bear populations to help restoration efforts. (3)

The second and third plans would add bears in different numbers. Alternative B would introduce over two years 10 bears, which would be imported from areas where they are thriving — Montana or Southern Canada. After four years, one of the agencies will assess the recovery and determine whether more bears will be added. (4) Alternative B will cost an estimated $2 million for initial introductions and $5.7 million over the following 25 years. (5)

Alternative C would release 25 bears a year for 10 years, reaching the population goal more quickly, but possibly raising the risk of bear-human encounters with possible bear deaths. (6) Alternative C is expected to cost $1.6 million with the same $5.7 million over 25 years. (7)

Alternative D would have the departments introduce as many bears as they can into the North Cascades ecosystem. This plan would reach the target of 200 faster, but with a similarly larger risk of encounters. (8) The logistical ability to capture and release bears is the main limitation. (9) This alternative would cost an estimated $8 million. (10)

This means that federal agencies will be doing most of the work, but the state Department of Fish and Wildlife would be allowed to sit in on planning meetings, (12) and would need state authorization to work with the federal agencies. (13)

Alternatives B and C may take up to a century to reach the goal of 200 bears. Alternative D may take 25 years, according to the Park Service EIS.

“It’s a long-term commitment to recovery in the Cascades,” Joe Scott, Conservation Northwest International Programs Director, said. “But it’s also consistent with grizzly bear ecology and biology. They’re a slow reproducing species that takes a long time to regain its foothold once it’s knocked back to near zero, which is the case here.”

Environmental Benefits
Grizzly bears are not hunters like wolves, but they greatly benefit the ecosystem. (14)
Grizzlies are diggers, using their long claws and shoulder muscle hump to dig up large swaths of ground to find roots, grubs and small mammals; that benefits the soil, Park Service employee Jack Oelfke said.

Oelfke is the Chief of Natural and Cultural Resources for the National Park Service in Washington. He is the primary Park Service coordinator for the grizzly reintroduction process.

Darrell Smith, a large carnivore expert from Western Wildlife Outreach, noted that scientists are still learning about what effects bears have on the ecosystem.

Bear Politics and People
Grizzlies, now more than ever, generate controversy among people and the government. People continue moving farther into forests, raising the potential for bear encounters.
Some groups, like the Stevens County Cattlemen’s Association, oppose bears and other carnivores being introduced into their areas.

“A deliberate, artificial reintroduction or ‘recovery’ or encouragement of this species in Washington state will cause untold economic and social damages in areas that are not suited to the proliferation of this large, dangerous predator,” stated the association’s February 2017 article, “Grizzly Bear reintroduction still a bad idea.”

The group cites thriving populations in other parts of the country and the threat to livestock as reasons against grizzly reintroduction in the North Cascades.

The state has a program to compensate farmers whose livestock have been killed by predators. Claimants must notify the Washington Department of Fish and Wildlife within 24 hours of discovering their dead animal and file a claim. If the department can confirm that a predator caused the death, the owner will receive payment, according to their website.

U.S. Rep. Dan Newhouse, R-4th District, opposes the grizzly reintroduction plan. His district covers much of central Washington, and his concern is cost.

“There are issues of higher priority that the NPS should be addressing before we look at reintroducing grizzlies into the NCE, such as the roughly $12 billion maintenance backlog on NPS lands,” Newhouse said in a letter to the North Cascades National Park Service office.

Other issues Newhouse raised included doubts about the public comment period the Park Service held and the plan’s compliance with Washington state law.

The Park Service has worked with politicians to inform them of the plan and the benefits of having the bears back in the ecosystem, Oelfke said.

“There’s certainly a lot of interest. Some support, some do not and they have their varying reasons for supporting or not supporting,” he said. “So, I think the politics is going to most likely play into this. And of course, that goes all the way up. It goes beyond just state legislators; there’s probably interest at the national level as well.”

Many people support grizzly bear reintroductions, Smith says, but many politicians do not. Smith has also dealt with wolves and has seen public opinion and political opinion differ on predators.

Michael Janicki, president of Janicki Logging and Construction, has spent 48 years in the North Cascades and opposes human intervention in bear conservation. Grizzly bears don’t usually live in mountains and they will come into human areas because the humans are in their normal habitat, he says.

“If a bear decides to come in here on its own, and it brings a sow with it and they have cubs, those bears will have reintroduced themselves in a way that they are able to be a part of the ecosystem. That’s different than if humans interfered,” Janicki said.

Grizzlies are not generally mountain-dwellers; they prefer open country, said Smith. They also tend to prefer to live in the areas where they were raised, so care is needed to find bears who are unlikely to migrate to their original ranges.

Janicki also says that conservationists in cities don’t understand how bears affect rural areas. The rules agencies put in place to protect bears make changes that rural communities may not approve of.

“You’ve got people in these cities that don’t understand the ramifications of the rules that they’re putting in place in places like Marblemount and Twisp, Mazama that are going to have to deal with these rules,” Janicki said.

Several communities in eastern Whatcom and Skagit counties did not respond to requests for comment.

The Forest and Park services ran a series of public opinion forums in early 2017 on both sides of the North Cascades on the reintroduction plans. The two agencies received about 126,000 comments, Oelfke said The Park Service is processing them and will release a report when they are done. Oelfke says they expect to decide on a plan within a year.
Depending on the analysis and decisions, reintroductions could start in around three years. (15)

“It’s a long time coming,” Scott said. “We’ve been pushing for something like this for 20-plus years.”

John Simmons is a journalism student at Western Washington University. He is also minoring in political science.