East of the Mountains 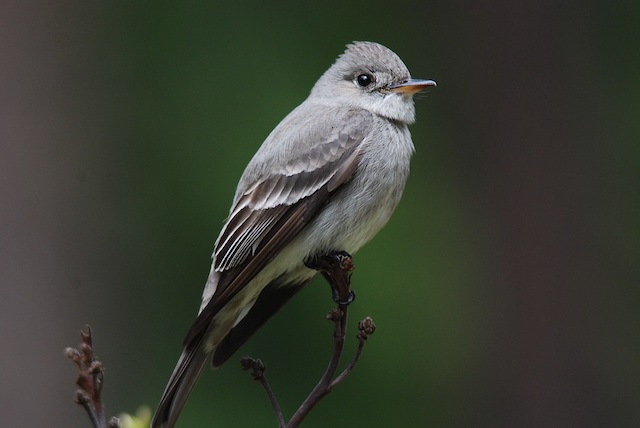 Over the past two decades we’ve made our first trip over Washington Pass as soon as the snowplows opened State Highway 20, usually in mid-May. For one reason or another this year, mid-May suddenly became mid-June before I was able to break away on a solo run for a 3-day trip to some of my favorite haunts. After a spectacular drive up to and over the pass you enter a different world, if you will. It’s the drier side of the Cascades and the noticeable change always feels good after another winter on the wet side. Come along and see what western Okanogan County has to offer.

As you follow the highway down from the pass, the snow level disappears into your rearview mirror and new adventures are within reach. Signs along the way encourage travelers to increase their knowledge of what’s available for future reference, especially if you become addicted to the feeling that higher elevation brings to the day. Cutthroat Lake Trail and the Lone Pine Campground loop have always beckoned me to take a break and look around. These, along with many others, are classic examples of trails not taken. There’s always the next time.

Another case in point is the Klipchuck Campground, just past mile marker 175. This wonderful campground is a relatively recent discovery, considering that we passed by the turnoff so many times before stopping. In retrospect, we were always more eager to keep going, whether we were heading east or west. It was only five years ago that we decided it was time to check it out – and I’m glad we did! One of the initial drawbacks was that it was over a mile from the main highway. As it turned out that’s one of the factors that makes it so special. And then there are the birds!

I always refer to one particular part of this U.S. Forest Service campground as the woodpecker corner ever since our first stop. From the large pileated woodpecker to the small downy, six species are reliably regular in this area and most nest nearby. Klipchuck has also become a must stop if you’re looking for the uncommon Williamson’s sapsucker. Along with woodpeckers, a variety of higher elevation nesters like evening grosbeaks, pine siskins, Cassin’s finches, and several flycatcher species are common in the campground. It was at Klipchuck that I recorded my first gray flycatcher. Yellow-rumped warblers, Swainson’s thrushes, and chipping sparrows are regulars throughout the area.

Just down the road a few miles is the community of Mazama. This is the last stopping-off point if you feel the urge to take on a rough, 25-mile drive up to Hart’s Pass. I won’t take this drive again unless I plan to stay at the pass for at least two nights or more. Hart’s Pass and the area below Slate Peak have been a great place to spend time during raptor migrations in the fall. Due to geography and the twisting, turning road, Hart’s Pass is actually in Whatcom County so you can add any birds that you see there to your county checklist. Keep in mind that the road to Hart’s Pass is considered by many to be “the most treacherous road in Washington.”

The Mazama Store is a good stop if you’re in need of good food and drink, with a unique ambience. If you drive through in mid- to late May, stop by the Country Inn and check their hummingbird feeders. Four species, including calliope and black-chinned are regulars during the season, along with the more common rufous and Anna’s. Just position yourself near any of the dozen or so feeders and enjoy the unique photo ops. If you’re like me, you might need someone to pry you away if the season is right and the hummers are active.

Fifteen miles farther down the road is the town of Winthrop. From our first trip, we’ve been big fans of this unique little burg and find it to be charming in its own inimitable way. While Leavenworth fueled its revival with a Bavarian theme, Winthrop chose to stay closer to its own history by maintaining a western look and feel that it already had. Building codes have reined in attempts to change anything and after all these years, there are still no stoplights …. I like that! Sidewalks are actually boardwalks and there are restaurants and shops aplenty. With all the distractions it’s easy to get lost in Winthrop, but I had a different agenda in mind. One of my primary goals was to head up the road to one of the best-kept, secret places for birds.

Just below Sun Mountain is a tucked-away gem that’s well known to avid birdwatchers. What was once just a regular beaver pond has gained such a reputation that it’s now known as the Beaver Pond, spelled with capital letters. Not only does it have one of the most impressive beaver dams that I’ve ever seen, it also has great birds. The variety of nesting species you encounter on the loop trail around the pond will make the entire trip more than worthwhile. Numerous woodland birds and waterfowl can be found here and ospreys are always on the nest, right in the middle of the pond.

The entire Methow Wildlife Area rises above Winthrop and Pearrygin Lake and holds a number of surprises for those brave enough to venture into the maze of back roads. The higher elevations are covered with Ponderosa pine and aspens and offer potential for another less common species – the white-headed woodpecker. Cindy found one a few years ago at Sullivan Pond, which is a remarkable place in its own right. In recent years, the pond has been dry but this year it was full of water and the sound of yellow-headed blackbirds was music to my ears.

Between Winthrop and Twisp, the road to Davis Lake has been degraded to its current status as the sign said: Primitive Road: No Warning Signs. The big attraction of this road is the combination of the lake itself and Pipestone Canyon. On my June trip, there were nesting ruddy ducks, American coots, swallows, and mallards. A pair of spotted sandpipers added a bonus before the short drive to the parking area for Pipestone. The rock formations at the head of this canyon are classic examples of the power of wind, water, and ice. The views from the canyon floor are so inspiring that you might forget to watch where you’re walking. Considering that you’re in rattlesnake country, this is not a good idea.

Despite the rattlesnake warnings, the canyon is home to good numbers of birds that are considered to be uncommon in most parts of the state. Swallows nest on the higher cliffs, along with prairie falcons and great horned owls. Black-billed magpies nest in the canyon along with a number of passerine species. The best of the lot is the inimitable canyon wren, with its lovely song. And then there are the butterflies! On occasion I’ve waded through swarms of them in June and July. No matter the warning signs you might encounter, if your vehicle has sufficient clearance and decent suspension, Pipestone is always worth the effort to get there.

After a great day above and around Winthrop it was time to race the setting sun back to my tent at Klipchuck. A long day in the field usually ensures a good night’s sleep. As I drifted off to the sound of light rain on nylon, my thoughts of the day’s sights and sounds comingled with the potential for more of the same on the way home. Short and sweet road trips are good for the soul and offer a healthy serving of perspective. It’s always been good for me to stay connected to favorite places.
_______________________________________