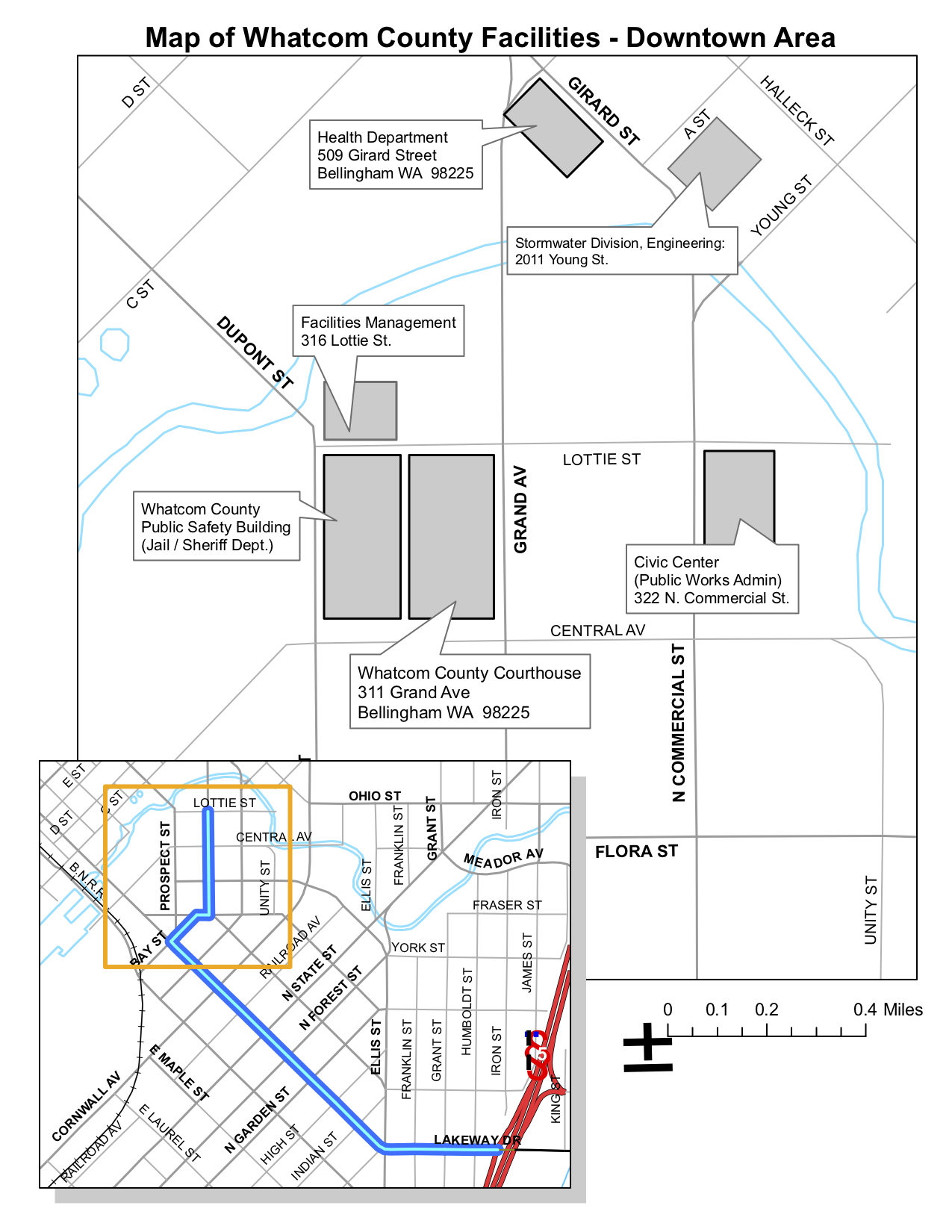 Navigating Through an Overcrowded Jail

Three hundred twenty-two inmates were packed inside a jail built to house 148 in the early 2000s. This was the most crowded Corrections Lt. Caleb Erickson ever saw the Whatcom County Jail. (1)

Despite additional beds installed in 2012, the building did not expand, nor did common spaces used for laundry, recreation, cleaning or eating. (2) There is only one room for recreation at the Whatcom County Jail, which all inmates must take turns using. (3)

“When you have that kind of a space restriction, it makes it very challenging and nearly impossible to make sure that the needs of each individual are met in terms of recreation, fresh air, and being able to get outside their cell,” said Erickson. (4)

Few recreation opportunities contribute to inmates’ feeling of hopelessness in jail and have negative impacts on their mental health, according to Erickson. (5)

The jail can now house 211 inmates, a number that is frequently exceeded by jail bookings. (6)

“Jail beds are a scarce resource and should be treated that way,” said Wendy Jones, Chief of Corrections for Whatcom County since 2002. (7)

Jail overcrowding is not a new issue. Since 2004, county officials knew that the jail would need to be replaced. The facility opened its doors to inmates in 1984 and lasted a few decades before its infrastructure began to deteriorate. (8) There were three proposals to use a fraction of the sales tax that the county collects to build a new jail — the first proposal was on the ballot in 2004. (9) This 2004 levy passed with 62 percent of the vote. The levy failed the next two times it was on the ballot, in 2015 and 2017.

Stakeholders met regularly beginning in 2011 at Jail Planning Task Force meetings to discuss the process for building a new jail. Jones and Erickson were among the task force members along with several other representatives from the county, police departments and members from Right Size Jail, a community organization that works to end mass incarceration. (10)

The task force recommended that the county hire a professional jail planner to assess the county’s needs for the new jail, the requirements for the jail to operate, and complete a feasibility study for their plan. (11) This recommendation was never acted upon.

Then, Sheriff Bill Elfo and former County Executive Jack Louws created a new committee called the Jail Planning Work Group, which consisted solely of county officials. The work group selected a lot for the county to build the new jail on in Ferndale, but, without the tax money, the project was not able to get off the ground. (12)

Yakima County Corrections Center used to come pick up inmates booked in Whatcom County when it reached capacity. The two counties worked together to hold a virtual court for defendants awaiting trial in Yakima County. (13)

Jones said that the transport agreement between Whatcom and Yakima ended in 2019.

“Last summer they sent us divorce paperwork,” she said. (14)

Yakima said the city of Bellingham sent defendants with severe mental health disorders, so they discontinued the transport of inmates for all of Whatcom County, according to Jones. (15) Whatcom County started sending prisoners to the Kittitas County Jail (Ellensburg) in May 2020.

Now, a project to repair the crumbling downtown jail is blocking more space in the jail while costing the county nearly $4 million, according to a report by Whatcom County Facilities Management. (16)

Jones said the county prioritizes housing inmates at the work center or enrolling them in other alternatives. The work center on Division Street opened just after the peak occupancy of the jail in the early 2000s, when the facility was 174 inmates over capacity.

“The fuller this jail got, the more we started leaning on jail alternatives,” said Jones. (17)

Erickson works at the jail and used to work at the work center for six years beginning in 2014. The main differences between the two: the level of security at each facility and the behaviors of the inmates. (18) The work center was originally planned to house sentenced inmates who did not have serious mental or physical health conditions. The plan had to shift, though, due to the overcrowding of the downtown jail, he said.

“Very rapidly we had to modify those conditions because we didn’t have a population of people who were post-trial or sentenced that were prepared to be out at the work center,” said Erickson. (19)

There have been fights and significant assaults at the work center, said Erickson. The facility has a linear design similar to the jail and its infrastructure is deteriorating as well. (20)

“Everything in the work center is at the point where it’s going to have to be completely replaced,” said Erickson, “I think that with our jail facilities we are at a point where we should tear them down and start over.” (21)

Whatcom County and the city of Bellingham use jail alternative programs to minimize crowding in the jail. Rather than spending weeks in a jail cell, a nonviolent, misdemeanor offender could serve their time at home with a GPS monitor strapped to their ankle, for example. This frees up space in the jail while giving offenders the chance to maintain their home relationships.

The city of Bellingham contracted with Friendship Diversion Services, a Bellingham nonprofit, in March 2016 to begin an electronic home monitoring program and provide ankle monitors. In 2016, 212 defendants completed their sentences in their homes with monitors strapped to their ankles in lieu of serving jail time. (22)

This was not Smith’s first time at the jail. He was convicted of his first DUI in 2008 and spent time at the Whatcom County Jail. He said that the sentence he served at the jail was miserable and crowded. (24)

Jail alternatives offer more leeway for inmates to attend counseling appointments which could prevent future arrests. In Washington state, over half of former misdemeanor offenders recidivate, according to the Washington Institute for Public Policy. (25) Whatcom County, however, does not keep track of recidivism rates. (26)

Jones said that there is simply not the staffing at the Sheriff’s Office to account for recidivism. (27) Marie Collins, former treatment manager for the Sheriff’s Department in Lafayette, Louisiana, said there is a benefit for counties to avoid keeping track of recidivism rates. “If you have the same person constantly hitting the system, it shows that the system doesn’t work,” said Collins. (28)

Next Month:
Alternatives to Jail

16.Building Assessment Studies and Cost Estimates for Capital Improvements at the Jail: https://drive.google.com/drive/u/0/folders/1I68YP8hVJYXRHUOaGr7q4PlS7llqXRyR