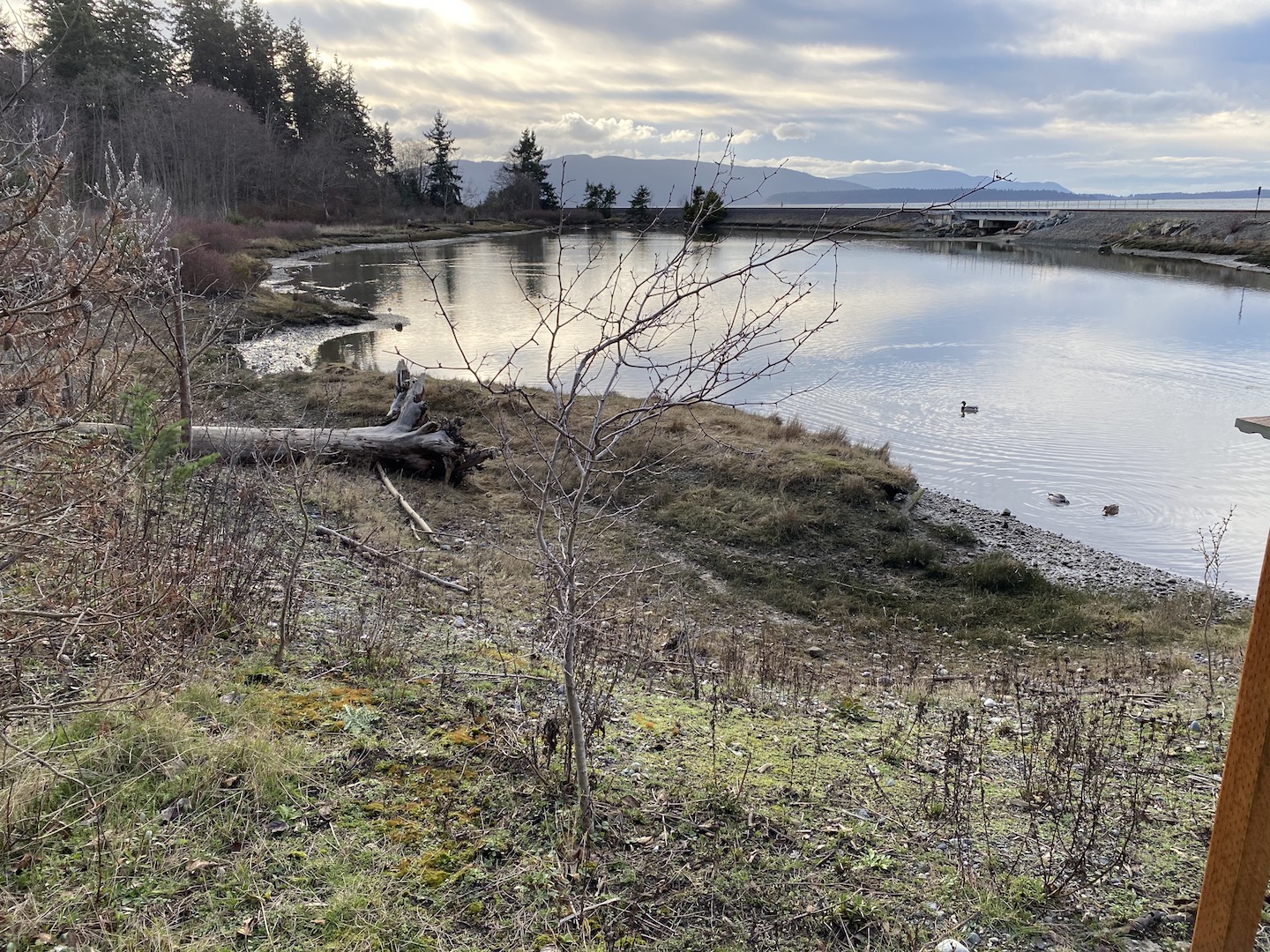 This lagoon is located between the Post Point plant and Bellingham Bay. photo courtesy: Coastal Geologic Services of Bellingham

Editor’s Note: This  is an excerpt from an article about anaerobic digesters and the Post Point plant that appeared in the September 2020 issue of Whatcom Watch.

Anaerobic digesters are projected to replace a pair of aging incinerators at Bellingham’s wastewater treatment plant at Post Point in Fairhaven.. They are the core features of the Resource Recovery project which is projected to come online around 2027. The plant would become more eco-friendly, sustainable and cost-effective according to various city documents.

Implementing the digesters and related systems is estimated to cost $196 million to the city, according to the project technical memorandum dated May 9, 2019.

Included in the $196 million project would be a methane recovery and scrubbing system. The gas would then be sold and injected into the line which currently feeds the incinerators. Solids from the digesters would then be turned into a class A biosolid, which means it is made safe by removing pathogens. Then this would be trucked away for preparation at a fertilizer plant.

Over the next 30 years, the memorandum estimated, the city should expect to pay $400 million, with a yearly debt service of $13.8 million. The city would be paying 5 percent interest and 1 percent issuance cost. Projected inflation in the United States from 2023 to 2050 is about 95 percent, which explains why the figure seems to double.