Memorial Park, located in Bellingham’s Sunnyland Neighborhood, honors members of the U.S. military from Whatcom County who were killed in war. Each year, the park hosts heartfelt ceremonies as part of the community’s observance of Memorial Day.

The land was set aside as a future “Public Park” in 1903 by the Bellingham Bay Improvement Company as part of its First Addition, an initial platting of residential streets to the north of Whatcom Creek and east of Dock Street (Cornwall Avenue). Development of the Sunnyland Addition, which followed streetcar-line construction on E. North in 1909, saw the park take its initial form as “Sunnyland Park.”

Renamed “Memorial Park” in 1919, it was devoted by the Mothers of World War Veterans to the remembrance of those lost in the “Great War.” Mothers’ club members raised the necessary funds and had an arch designed by F. Stanley Piper erected at the park’s entrance, at E. Maryland and King Streets, unveiled on November 11, 1922. They had a commemorative fountain, created by Clarence Irwin, dedicated in the park on August 7, 1927.

Some of the original acreage on Memorial Park’s east side was sacrificed to construction of Interstate 5 in the late 1950s. It is now bounded by the freeway, E. Connecticut and King Streets, with a portion north of E. Illinois. The playground of Sunnyland Elementary borders part of the park on the west.

From July 2000 through April 2002, Whatcom Watch ran a 16-part series on Bellingham parks. Aaron Joy wrote the series based on his self-published book, “A History of Bellingham Parks.”

The August 2000 issue contained the article about Memorial Park. The web address is: http://www.whatcomwatch.org/old_issues/v9i8.html#story5. 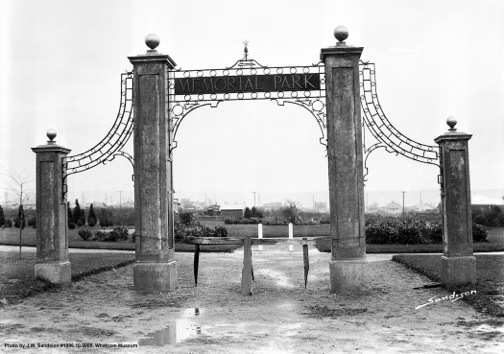 The entrance arch to Memorial Park was was dedicated on Armistice Day (Veteran’s Day), November 11, 1922. The buildings in the distance disappeared in the late 1950s when Interstate 5 was constructed. photo: J.W. Sandison, Whatcom Museum #1996.10.9908 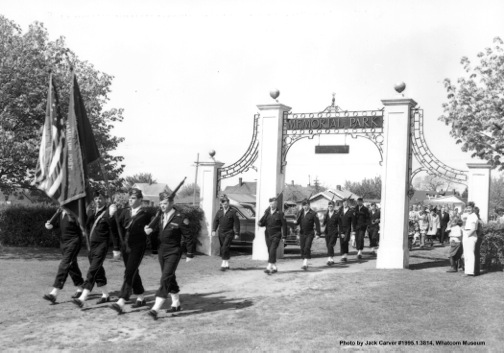 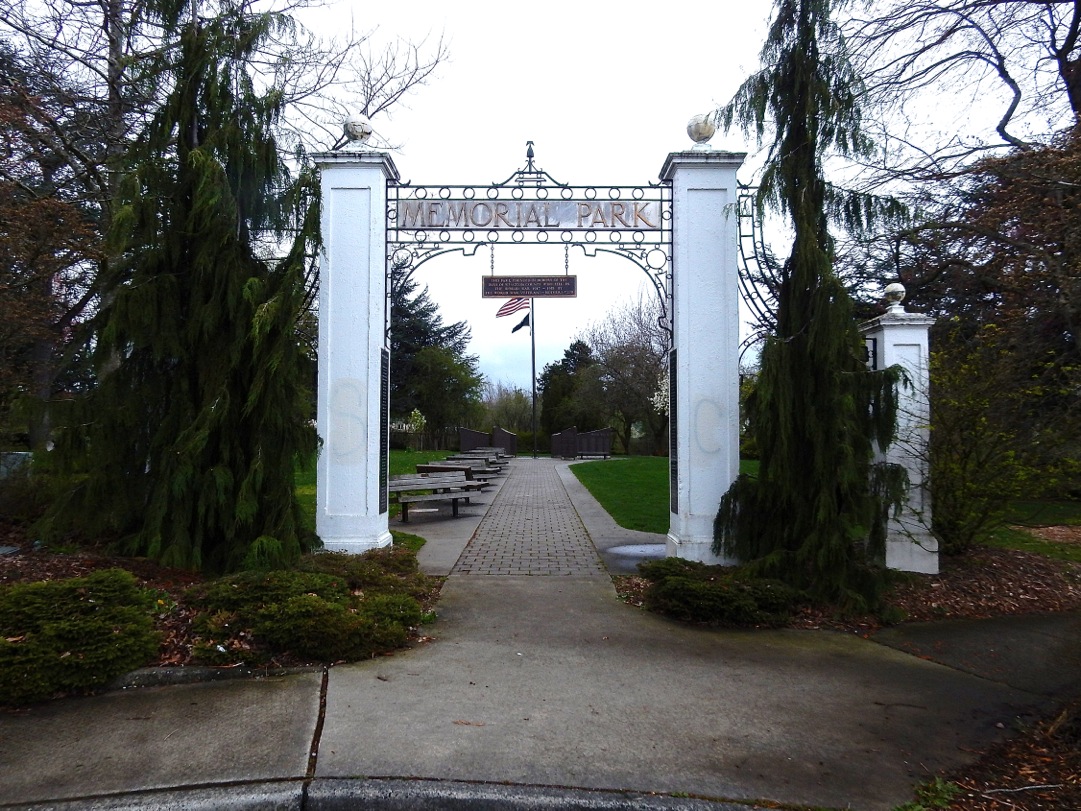 The entrance to Memorial Park on April 13, 2018. The hanging plaque reads: “This park founded in memory of the boys of Whatcom County who fell in the World War 1917-1918 by the World War Veterans-Mothers Club.” photo: Joe Meche 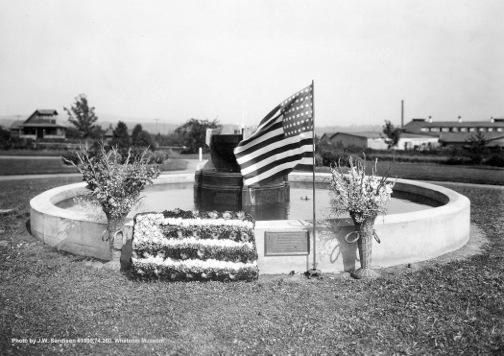 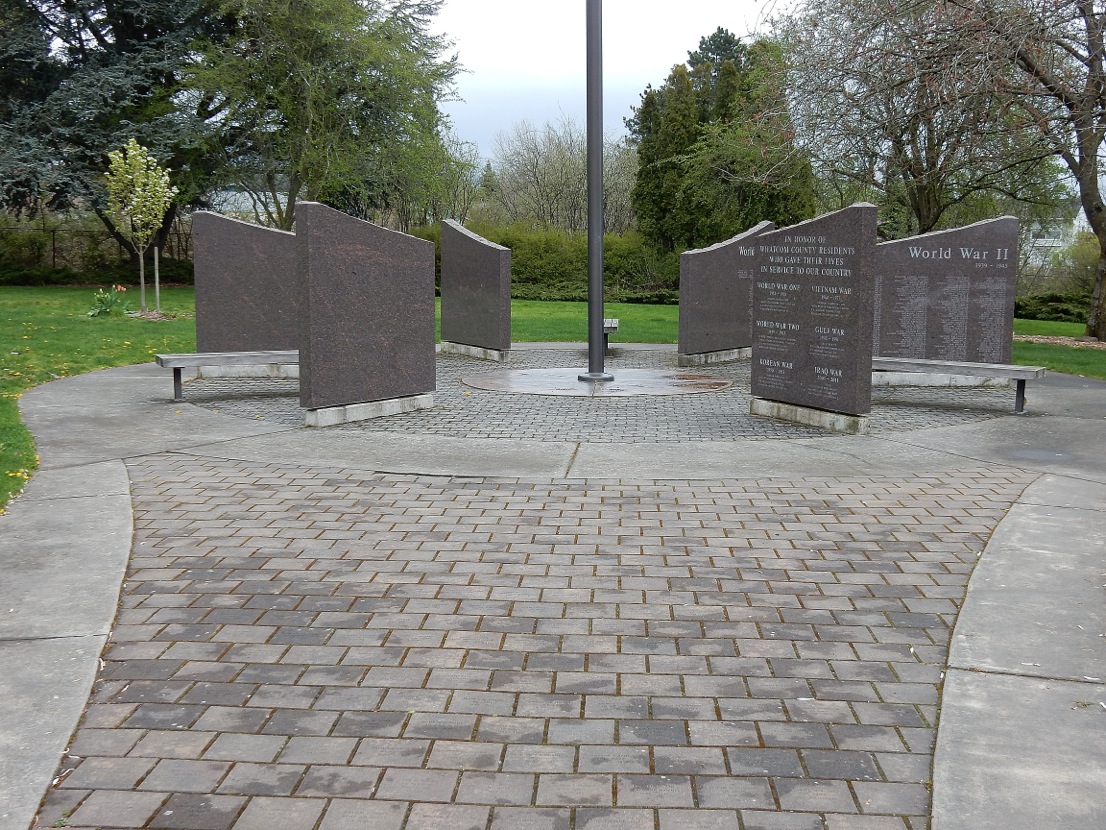 The granite monuments and flagpole replaced the fountain in 2015. In 2005, radio station KGMI-AM 790 sponsored a public campaign to design and build a new memorial. After the project was dedicated unspent donations were set aside for future engraving and other expenses. photo: Joe Meche 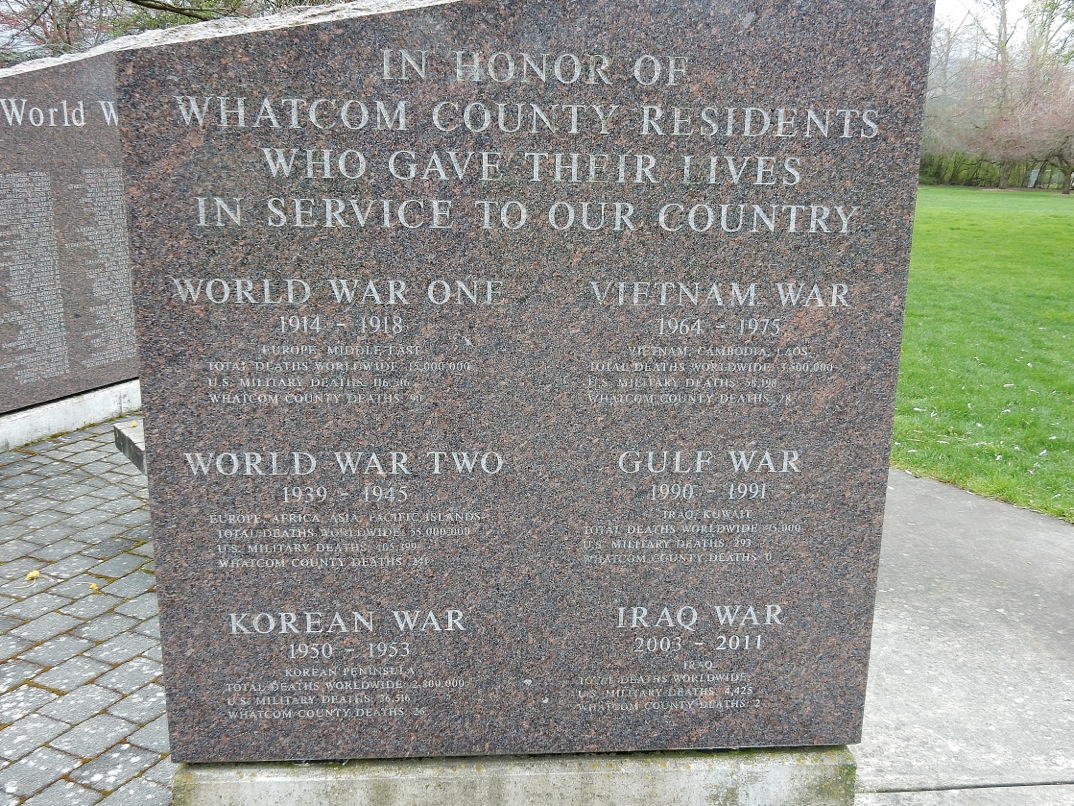 A close-up of one of the park’s granite monuments. Radio listeners donated more than $150,000 in cash and services for the flagpole, benches and commemorative pavers. photo: Joe Meche