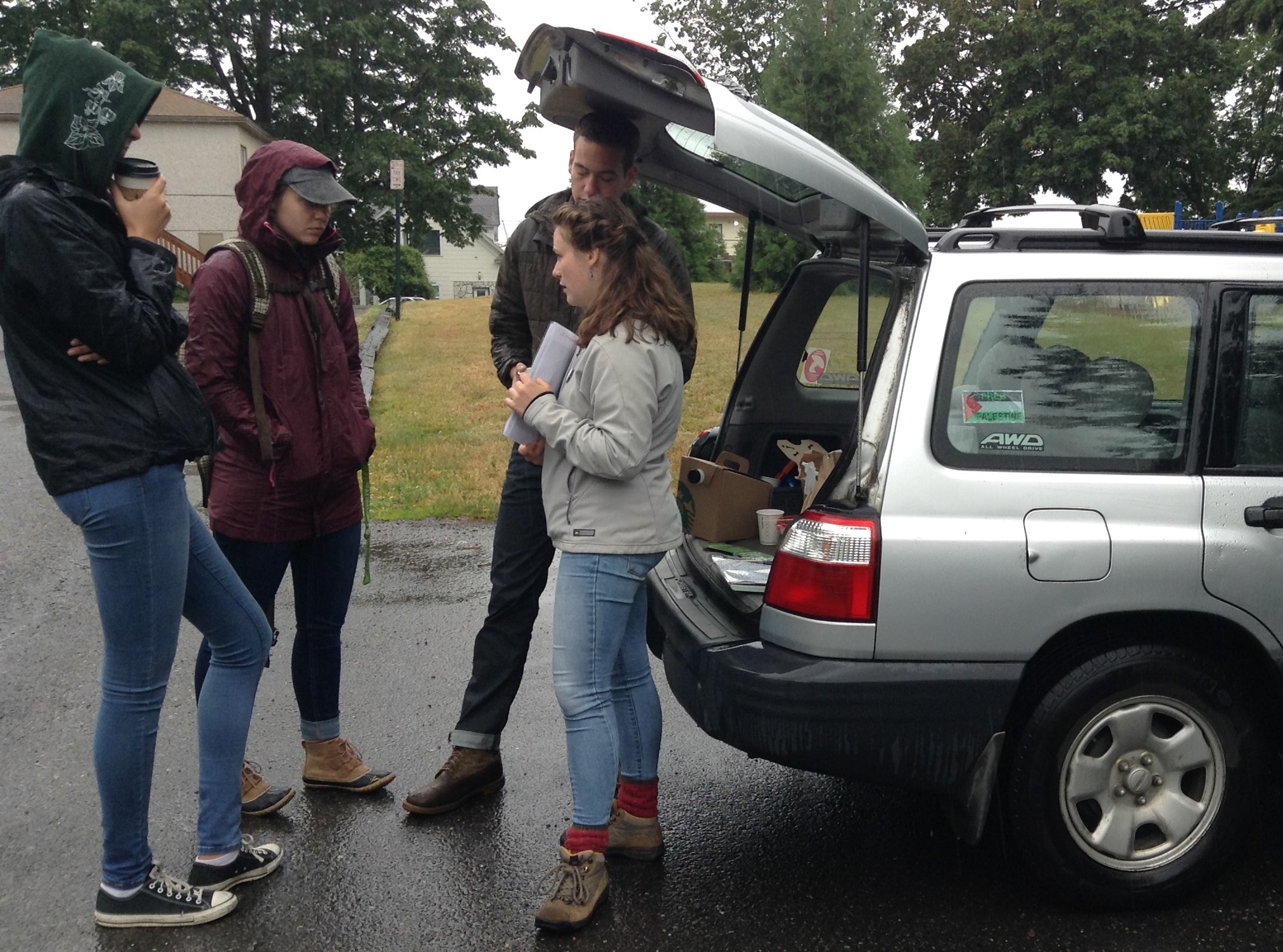 They canvassed Bellingham to inform residents about I-732, a proposed initiative to regulate carbon emissions that Washington state voters will accept or reject in November. If accepted, it would make Washington one of the few states to have carbon regulations, and the first in the nation to implement a carbon tax.

The I-732 carbon tax is one of the two major forms of carbon pricing. British Columbia launched a carbon tax in 2008, which proponents of I-732 are pointing to as a successful template for Washington state to follow. California passed a different type of carbon regulation, called “cap-and-trade,” in 2012.

Samara Villasenor, the communications director for Carbon WA, described I-732 as a well-endorsed climate policy modeled on the successful B.C carbon tax. The group proposed I-732, which has been supported by the former Starbucks president Howard Behar and two climate change scientists, along with others listed on the group’s website, yeson732.org.

Washington state is also one of the three states active in the Pacific Coast Collaborative, which also includes B.C. The PCC fights global climate change, and its leaders have signed the Under 2 MOU, an international commitment to keep global warming from rising more than 2 degrees Celsius.

PCC members California and B.C have already passed major carbon regulation, and it seems Washington state is currently in the process of making up its mind on greenhouse gas regulation.

The How of Carbon Regulation
Both cap-and-trade and carbon tax laws aim to stem global warming by decreasing carbon emissions over time. Carbon taxes set a price on every ton of the greenhouse gas emitted, anticipating that the market and public will adjust to avoid the tax.

Cap-and-trade sets a limit on the amount of carbon emissions permitted, and the cap is lowered periodically to encourage businesses to adapt. At the end of each compliance period, a regulated business must report its emissions and be under the limit. Some may be more effective at meeting the cap than others, and so the businesses below the limit are allowed to “trade” or sell their “allowances” with others. It’s a basic market approach, where emitters, to avoid higher costs, will tend to adjust to avoid buying allowances from greener peers.

Johnston is the Northwest campaign coordinator for Carbon WA. She advocates the carbon tax method.

“In terms of making it an initiative, a carbon tax is much simpler and easier to explain,” she said. “Yoram [Bauman] says ‘carbon tax is a haiku to the “War and Peace” of cap-and trade policy.’ It’s much more straightforward.” (Bauman is a comedian and scholar known as the “world’s first and only stand-up economist,” and is the founder of Carbon WA.)

Gas prices could go up 25 cents per gallon, but Johnston said these prices will be offset by reduced sales taxes on goods and other purchases. This is an example of market mechanics in action, as many will remember how the public drastically reduced its gas consumption once the price rose to over $4 per gallon several years ago. In addition to the “tax swap,” there are special considerations for low-income families. Businesses will also have a financial incentive to go green and create carbon solutions once carbon emissions are taxed, she said.

The grassroots effort has attracted volunteers of all ages. Johnston said she hopes the carbon tax approach will be more appealing to both political parties, attracting bipartisan support. In order to get the initiative on the ballot, the group gathered about 360,000 signatures last year when only 250,000 were required.

“It’s a way for us, as average voters, to engage with climate change and show Washington state and the rest of the country that we care about climate change as an issue — that we really want to do something about it,” she said. “It’s about the future, and our kids and grandkids who will be stuck with what we do now.”

Bellingham resident Andy Hiester briefly visited the canvassing group and picked up supplies to distribute at a later date.

“I think it’s a worthwhile cause — you do a little research on what we can do about carbon pollution, and this seems to be a great first step,” he said. “Not a final step, but it’s a step in the right direction, and something anyone can do.”

Maria Matson is a Journalism student at Western Washington
University. She was born in Anacortes, raised in Mount Vernon
and loves living in the beautiful city of.Bellingham. She is currently
a reporter.for.the.La Conner Weekly News.