How Much Water Do Salmon Need in the Nooksack River? 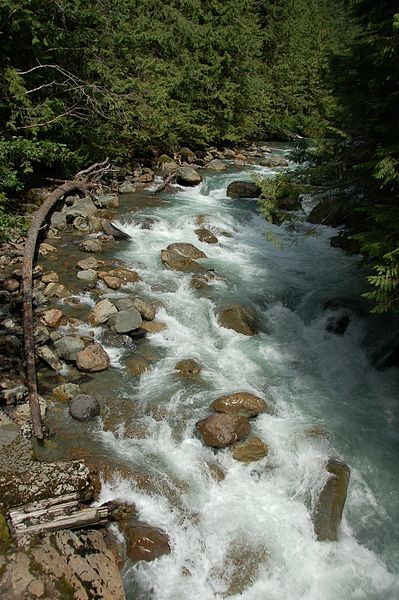 In so many ways the Nooksack River basin is the lifeblood of our county, and the quality and quantity of the water it carries is crucial to sustaining our high quality of life.

Of critical importance is the flow in the river, and we need sufficient water in the Nooksack River basin for two key reasons. First, to sustain environmental quality by restoring and protecting salmon, steelhead and trout populations, and other species and other values associated with instream flows, including recreation and scenic values. And second, to support our local farms and agriculture, industry, businesses and homes.

These goals are complicated by several factors:

• The Lummi Nation and Nooksack Indian Tribe have water rights dating to “time immemorial” to support a harvestable surplus of salmon and shellfish. They also have treaty rights dating to 1855 granting them water for use on their reservations. These rights have not yet been quantified by the federal government despite petitions by the tribes for clarity. This lack of clarity on tribal water rights complicates determination of how much water is available — legally, physically, and environmentally — for out-of-stream human uses.

• The only official quantification of instream flow requirements is the Washington State Department of Ecology’s (Ecology) 1985 Nooksack Instream Resource Protection Program, which established minimum flows for 30 locations within the Nooksack River basin.

• Although data on human water use exist for all customers of water systems (municipalities, Public Utility District #1, water districts, and water associations), these data are nowhere centralized, organized, analyzed and made available to the public. In addition, virtually no data exist in the public domain on water use for agricultural irrigation (by far the largest water use in Whatcom County) or for rural homes on permit-exempt wells. Many, if not most, of these agricultural and rural water uses are not metered.

• Because of these data deficiencies, we do not know how much water is used for human out-of-stream purposes, by sector, by function, by time of year and by location. Nor do we know the trends over time, from year to year and decade to decade.

This article examines the Ecology rule for the Nooksack basin because of its importance to understanding how much water should be left in the three forks, the tributaries and the mainstem of the Nooksack River. The paper also looks at recent research conducted by Utah State University (USU) on this issue.

Background
Ecology’s formal rule was issued in 1985. (1) Ecology also published a background document, (2) explaining how the rule was developed. The rule is intended to “retain perennial rivers, streams, and lakes in the Nooksack water resource inventory area with instream flows and levels necessary to provide for preservation of wildlife, fish, scenic, aesthetic, and other environmental values, and navigational values, as well as recreation and water quality.”

The rule established minimum flows for 30 reaches within the basin. These minimums are specified for the 1st and 15th of each month, 24 values a year for each reach. The rule also closed 27 of the 30 reaches, meaning Ecology prohibited itself from issuing new water rights in these basins, either for annual or seasonal use. Ecology’s rule, however, did not affect rural permit-exempt wells.

What Does the Rule Mean?
What actions follow from failure to meet these minimum flows? Although often referred to as minimum flows, the rule in no way restricts holders of senior water rights from using water when stream flows fall below the Ecology levels. Thus, when flows drop below the minimums, Ecology or a senior rights holder could require those holding junior rights, those issued after 1985, to reduce or eliminate their water use.

The rule does not limit water use for senior water rights and does not trigger any remedial actions to bring flows up to their administratively determined minimum levels. That is, the rule does not require any entity to take actions to leave or put more water into creeks and the Nooksack River to increase stream flows. The rule’s only effect is to prohibit or limit future, more junior water rights.

Results
For those concerned about environmental quality in general (and salmon in particular), the key concern is very low flows during the summer months. Low flows mean higher water temperatures, less dissolved oxygen, higher concentrations of pollutants and less available habitat — all bad for salmon and other fish. 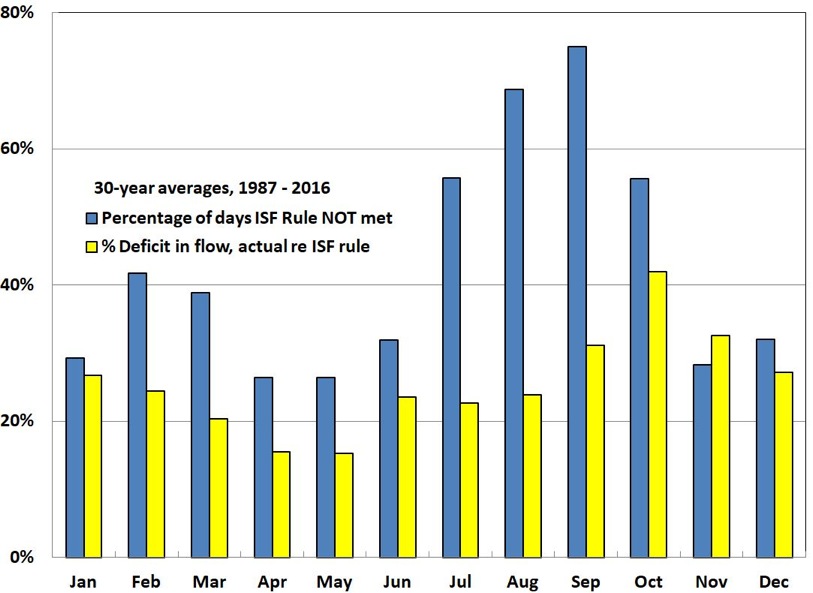 Fig. 1. Percentage of days the Washington State Department of Ecology’s rule is not met (left bars) and the percent deficit relative to the levels set in the rule (right bars) at Ferndale.

The left-hand bars in Fig. 1 show the percentage of days by month, over the past 30 years (since the rule was established) that Ecology’s rule was not met on the Nooksack River in Ferndale. July through October stand out — flows fall below the levels set by Ecology much more than 50 percent of the time.

The situation is actually worse than just described. Fish health depends on the extent of the deficit, as shown by the right-hand bars in Fig. 1. If the rule calls for an August flow of 2,400 cubic feet per second (cfs) and the actual flow is 2,399 cfs, the 1 cfs deficit likely has little effect on fish health. However, if the actual flow is only 1,800 cfs, the 600 cfs deficit is likely to strongly and negatively affect fish. In practice, the deficit is substantial, especially during the summer months. October stands out with an average deficit of 40 percent, equivalent to 800 cfs.

Other Locations
The data presented so far are for the mainstem Nooksack River at Ferndale. Is the situation different on the three forks and on the tributaries? Unfortunately, sufficient long-term data on stream flows are not available for enough locations to provide a comprehensive answer. (3)

I examined data from the South Fork and Fishtrap Creek to provide a partial picture at other locations. The results for these two locations are qualitatively similar to those for the mainstem at Ferndale. (4)

To compare results across the three locations, I created a Streamflow Sensitivity Index. The index is the product of the percentage of days with flows below the levels in Ecology’s rule multiplied by the percentage deficit on those days. (5) Thus, higher numbers mean greater effects on fish. Clearly the summer and early fall are the most critical times (July through October), Fig. 2 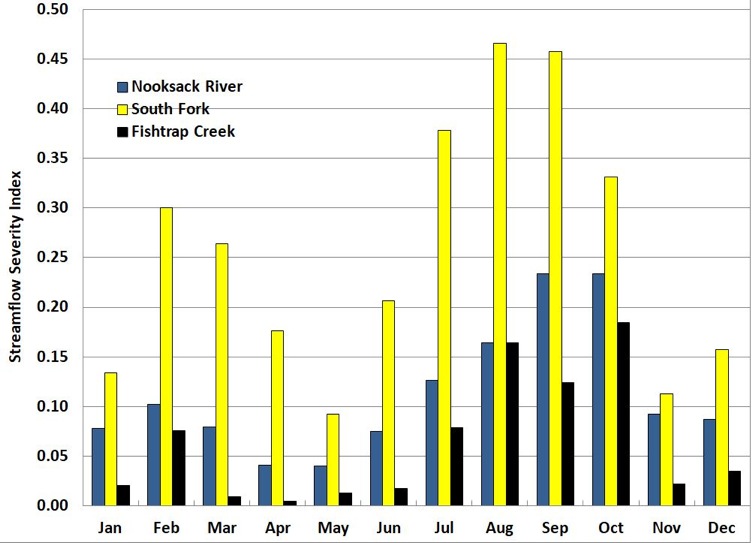 The research authors, Bandaragoda and. Greenberg (B&G), (6) provided an excellent summary of this work, so I focus on the results. Specifically, I studied the USU recommendations for Weighted Usable Area (WUA) relative to Ecology minimum flows. B&G define WUA as “An integrated measure of both habitat quantity and quality for specific fish species and life stages as a function of stream flow. The WUA curve gives the flow that maximizes habitat given the hydraulics of the channel and requirements of each species for types of habitat.”

Nineteen sites within the Nooksack River basin have both USU results and Ecology specifications for minimum instream flows. Comparing these two sets of numbers is challenging because they may represent different locations, farther up- or downstream of the other. For example, if the USU site is upstream of the Ecology site and this reach has one or more tributaries that contribute to instream flows, the USU numbers should be lower than the Ecology numbers.

The USU recommendations on minimum instream flows, averaged across these 19 sites, are almost double the levels in Ecology’s 1985 rule. Fig. 3 shows this month-to-month relationship, averaged across the 19 sites. The USU values are substantially higher by 50 percent or more than those from Ecology. 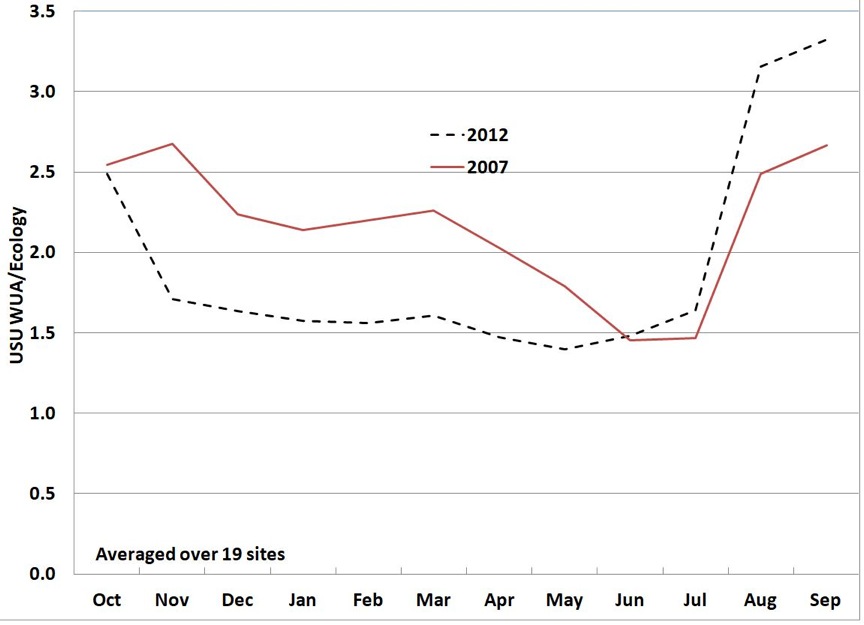 Fig. 3. Relationship between Utah State University recommendations and the values in the Washington State Department of Ecology’s 1985 rule, averaged across 19 sites.

The USU results suggest strongly that the Ecology numbers for minimum instream flows are too low — in many cases far too low. This conclusion is not definitive, because I was not able to determine the exact relationships between the locations of the Ecology and USU sites in each watershed.

Implications
Here is my sense of what this discussion and data mean (based also on many prior studies):

• Salmon populations have declined dramatically over the past several decades.

• We have a major responsibility to reverse these trends to restore healthy salmon and other wildlife populations.

• The stream flows set by Ecology in its 1985 Nooksack Instream Resource Protection Program are not being met during the critical summer months when flows are low and human use of water is high.

Possible Solutions
Ideally, the U.S. Dept. of the Interior would, at long last, respond positively to the 2011 requests from the Lummi Nation and Nooksack Indian Tribe to quantify tribal treaty rights. Such a process would involve reviewing, (8) validating and perhaps updating prior scientific studies on fish habitat and instream flows to determine how much water fish need by location, time of year, lifecycle stage, and type of fish. These studies would then form the basis for negotiations among the tribes and other water users to determine an appropriate balance between the flow rates that are optimal for fish and other wildlife, and what farmers and others need to maintain their livelihoods and lifestyles.

If federal leadership/participation does not occur, an alternative would be for Ecology to conduct those studies and negotiations and revisit and revise its 1985 Nooksack Instream Resource Protection Program.

We need to leave more water instream and reduce out-of-stream water use during the summers. The best way to reduce summer water use without adverse effects on society is to improve the efficiency of agricultural irrigation, primarily through automated irrigation scheduling. And we should actively search for and develop new environmentally benign supplies, perhaps including water from the deep wells now being tested by the Birch Bay Water and Sewer District.

2. Ecology, Nooksack Instream Resource Protection Program (Water Resource Inventory Area 1), Nov. 1985. The rule was completed in late 1985 and went into effect in early 1986. The rule was amended in 1988.

5. Neither the percentage of days nor the percentage deficit alone is sufficient to determine adverse effects on fish. If the deficit (in cfs) is very small and the number of days of deficit is high, the effect on fish health may be much less than fewer deficit days with larger cfs deficits. This index captures and combines both effects.

7. For details on each of these areas, see http://wria1project.whatcomcounty.org/Resources/Studies-And-Reports/2013-Data-Integration-Report/108.aspxeport/108.aspx.

Eric Hirst moved to Bellingham in 2002. He has a Ph.D. in engineering from Stanford University, taught at Tuskegee Institute for two years, and then for 30 years worked at the Oak Ridge National Laboratory as a policy analyst on energy efficiency and the structure of the electricity industry. He spent the last eight years of his career as a consultant.