Freedom of the (Local, Independent) Press 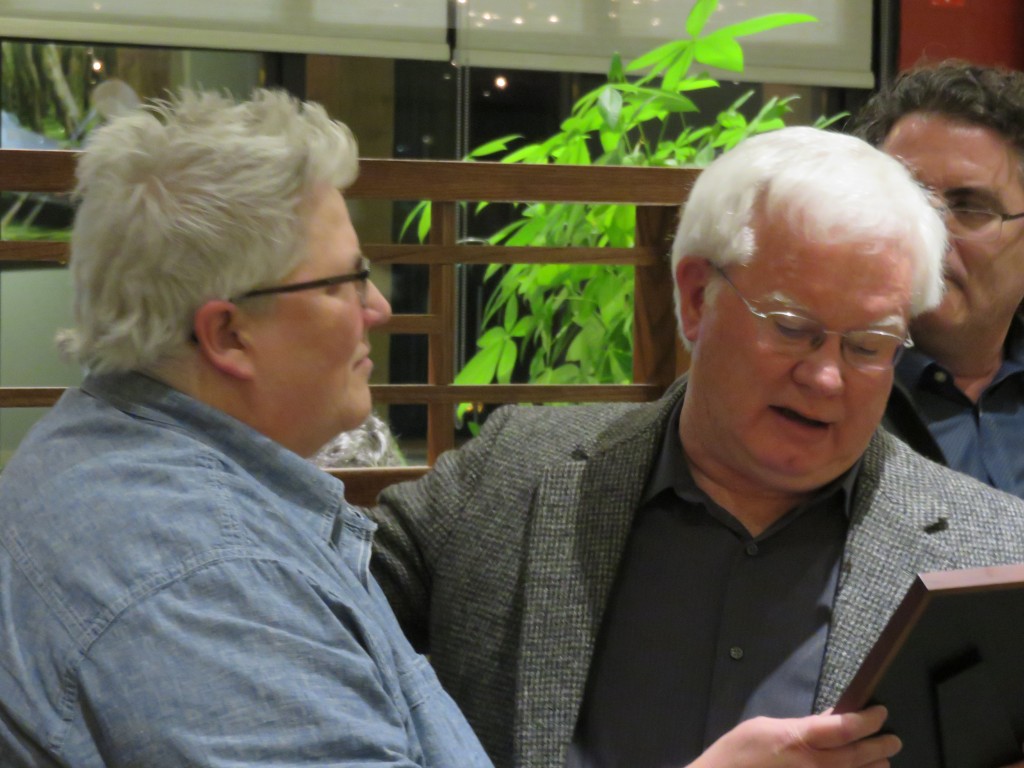 Sandra Robson (left) received the Paul deArmond Citizen Journalism Award on Feb. 12, 2016, at The 3rd Annual Paul deArmond Citizen Journalism Award dinner held at Soy House on W. Holly St. in Bellingham. John Servais (right), founder, publisher and editor of NWCitizen.com, presented her with the recognition. Robson has researched and written about the problems with a coal port at Cherry Point with published articles in Whatcom Watch and Northwest Citizen.            photo: Dick Conoboy

The work of citizen journalists was cel­ebrated last month as writers, journalists, activists, media owners and publishers came together in Bellingham to commemorate the life of Paul deArmond, who was an influen­tial researcher and political commentator. DeArmond died April 20, 2013. He was 60.

To honor freedom of the press and the writers who boldly pursue the truth, John Servais, founder, publisher and editor of NWCitizen.com, helped organize The 3rd Annual Paul deArmond Citizen Journalism Award dinner. This year it was held at Soy House on W. Holly St. in Bellingham on Feb. 12, 2016.

“This is recognition, not a competition,” Servais said. “At the committee meeting, three of the seven (committee members) had the same person in mind for the award. The other four quickly agreed.”

Wendy Harris, a retiree who comments on development, mitigation and environmental impacts, was recognized in 2013 and Riley Sweeney, writer and owner of “The Political Junkie,” blog, was the recipient in 2014. Both Harris and Sweeney have penned articles for Whatcom Watch. 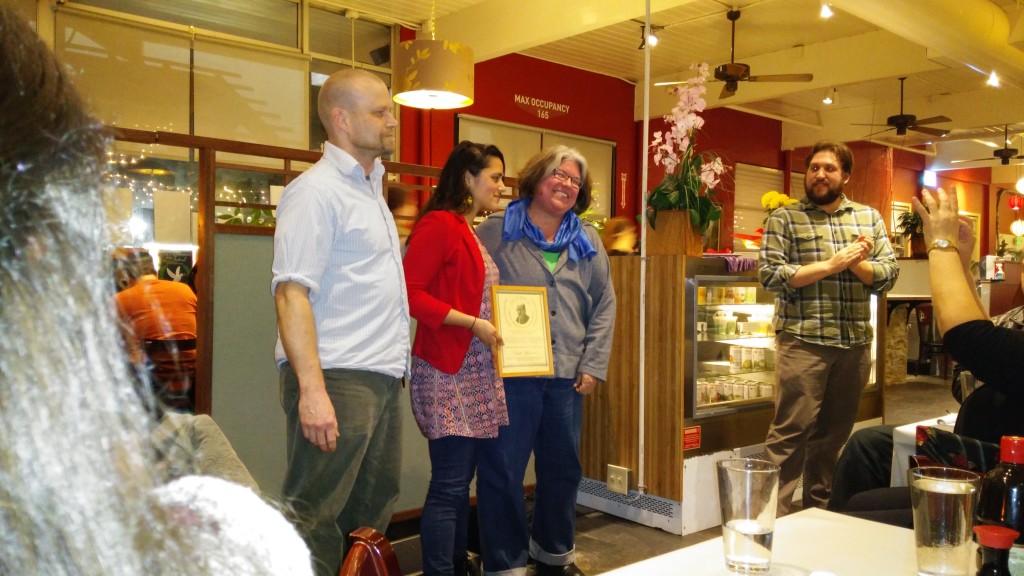 This year, the committee honored Sandra Robson with the Paul deArmond Citizen Journalism Award for her extensive research and public records requests regarding the Cherry Point coal port proposal, which resulted in articles published in Whatcom Watch, Northwest Citizen and coalstop.com. On the same evening, the committee recog­nized Neah Monteiro, who has contributed to social justice issues through her writing and volunteerism supporting independent media such as KVWV 94.3 FM, a new radio station in Bellingham. Neah received the Paul deArmond Special Recognition For Social Action.

The evening included a cocktail hour with political talk, short speeches remembering Paul and the awards ceremony recognizing citizen journalists. Sweeney, who is now Communications and Special Projects Of­ficer at the city of Ferndale, served as master of ceremonies. DeArmond’s sister Claire gave a warm and loving tribute to Paul, and Joe Teehan, host of The Joe Show on KBAI 930AM, was the keynote speaker.