Despite Threats, Student Journalists Head Into the Profession

When I graduated from college in the early 1990s with a journalism major, there was no talk of reporter safety — where to get a gas mask to protect you from pepper spray or how to handle an assault by police or even protestors. I took four years of reporting, interviewing and ethics classes and called it a bachelor’s degree.

Today, however, the reporting landscape is much different. First, we’re in Covid-19 so reporters are doing their work from home, making phone calls and using Zoom to connect with sources — work that is typically done in person. Also, they’re standing at least six feet away from interviewees and, in the case of broadcast journalism, using a boom mic with a long neck to capture high-quality audio.

As if social distancing and wearing a mask during an interview wasn’t enough of a challenge (in addition to layoffs, downsizing, low pay and insecurity in the profession), journalists are being attacked at alarming rates — here in the United States.

In May and June, according to the Committee to Protect Journalists, at least 430 incidents across more than 60 cities have been reported to the U.S. Press Freedom Tracker. “

An unprecedented number of journalists have been assaulted, arrested or otherwise prevented from documenting history while covering protests across the nation, spurred by the death of George Floyd, a black man in police custody in Minneapolis on May 25,” the CPJ reported. The tracker, which is a collaboration between the Freedom of the Press Foundation, the Committee to Protect Journalists and many press freedom groups, uses the following categories for monitoring and documenting threats against journalists: Arrest/Criminal Charge, Border Stop, Chilling Statement, Denial of Access, Equipment Search or Seizure, Equipment Damage, Leak Case, Physical Attack, Prior Restraint, Subpoena/Legal Order and Other. (See July 2020 Whatcom Watch article: “Today’s Threats Against Journalists.”)

Journalism Major
Despite the dangers, and perhaps because of them, young people are choosing journalism as their major. Alyssa Spady, a journalism student at Ithaca College in upstate New York, says her goal is to tell the untold stories. “More and more I am seeing how much the work we do matters and provides visibility to marginalized communities,” she said in an email interview on June 18. When asked what she’s most apprehensive about when entering journalism, the sophomore from Long Valley, New Jersey said, “It’s the safety aspect.” 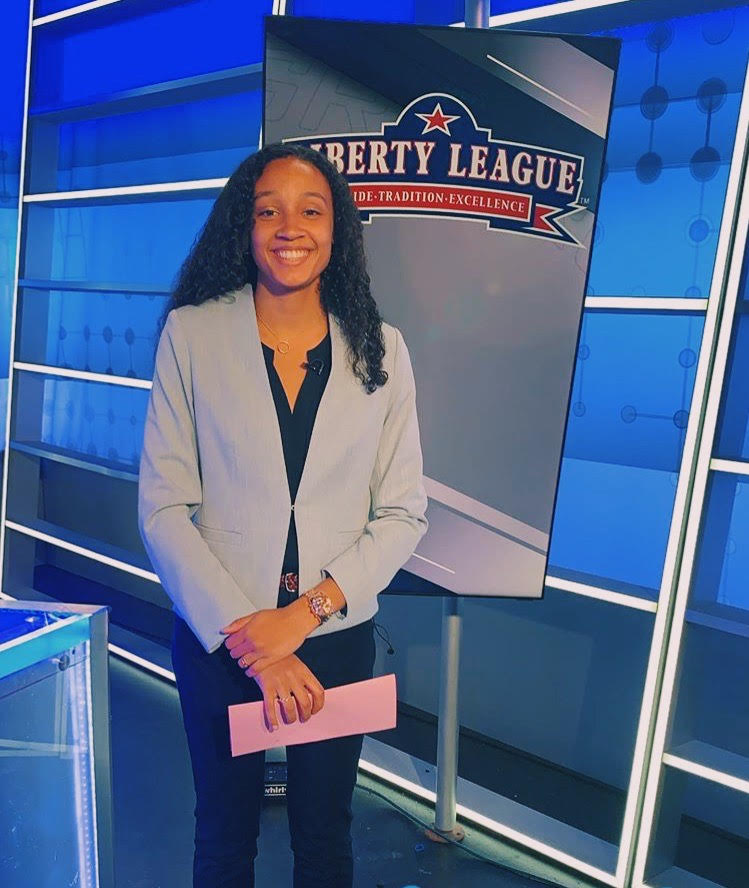 Alyssa Spady, a journalism student at Ithaca College in upstate New York, plans to graduate in 2022 and work for the AP, Axios or CNN.
Photo courtesy: Alyssa Spady.

“Seeing reports of journalists being attacked has always concerned me, but more so as those attacks become more and more televised and shown,” to the public, she added.

With a minor in International Politics and Legal Studies, Spady has her sights on the Associated Press, CNN and Axios as news outlets she’d like to join when she graduates in 2022. Until then, she’s proud to be pursuing journalism, “given the circumstances of the world that we live in today,” she added.

Haneefa Fitzgerald, a 2019 graduate of Kennesaw State University in Georgia, continues to search for a full-time journalism job. A veteran of the U.S. Marines, Fitzgerald now lives in Virginia about 40 miles outside of Washington, DC. She too knows the realities of on-scene reporting. 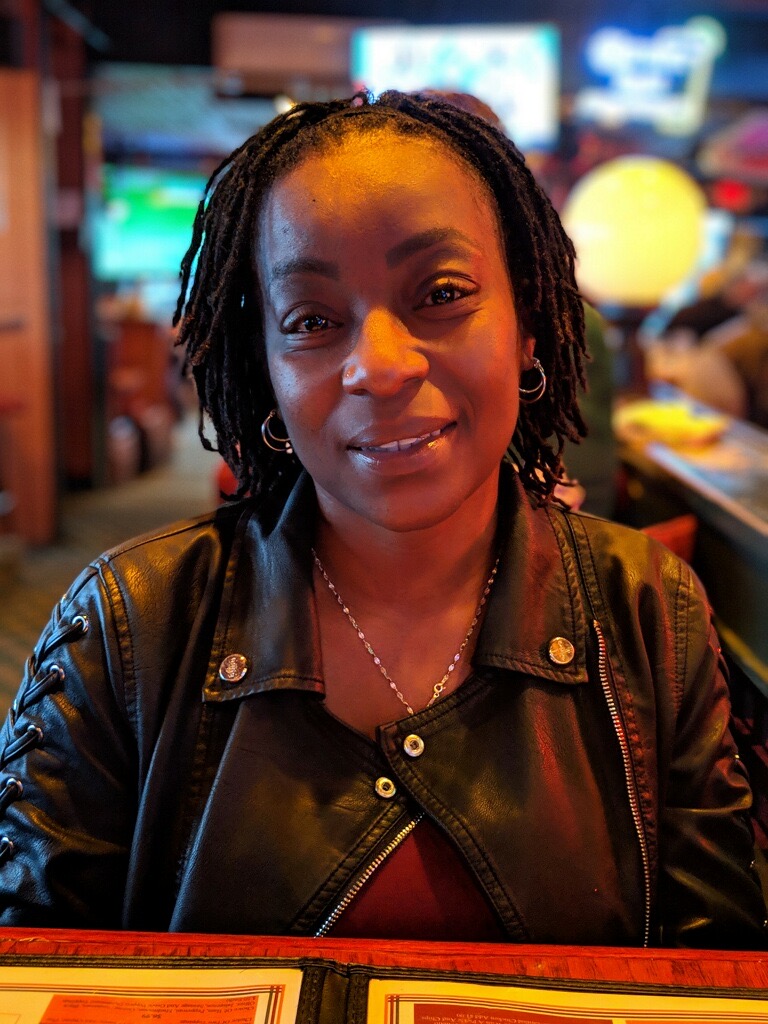 Haneefa Walton, a 2019 graduate of Kennesaw State University in Georgia, is seeking full-time work in the Wash, DC metro area. She served in the US Marines and lives in Virginia.
Photo courtesy: Haneefa Walton.

“My husband and I always speak in ‘What ifs’ after watching a White House press conference because we are flabbergasted at how the president speaks to reporters,” she said in a June 18 email. “It’s rude and unprofessional.”

Interest in the First Amendment
At Western Washington University, journalism majors and minors take standard courses in mass media law, where they read court rulings and study free speech, libel, prior restraint, privacy, access, advertising and intellectual property, according to Associate Professor Peggy Watt. In news writing, reporting and ethics courses, students explore and research legal and ethical issues, and, through extracurriculars like the Society of Professional Journalists student chapter, students gain hands-on experience. Further, to expose students to international affairs related to press freedom, WWU Associate Professor Brian Bowe recently secured a grant to take three professors and a half dozen students to Tunisia for an exchange last year. Covid-19, however, affected the exchange part of the travel plan.

Professors may cover safety as a lesson or unit in a reporting class or as part of the student newspaper, The Western Front, according to WWU Journalism Department Chair Jennifer Keller, but WWU offers no specific course on journalist protection.

Despite threats and negative vibes toward the profession, students from all majors seem interested in taking the courses these days, according to Watt, as evidenced by the class roster in her honors First Amendment course she taught last year. “That drew interest from honors students who represented a variety of majors, including sciences as well as humanities,” she said in a June 18 email interview. Watt is slated to teach the course again in 2021.

Today’s Challenges
So how can young journalists enter the profession and stay the course with all of the challenges they face today?

David Snyder, Executive Director of the First Amendment Coalition, a nonprofit press advocacy group in San Francisco, recommends students seek out a longtime reporter who is willing to take students under his/her wing to bounce around stories ideas. Snyder, a former reporter turned media lawyer who defended Mother Jones magazine in a massive libel suit in 2015, laments the untapped wealth of institutional knowledge the older newspaper generation possesses after so many newsrooms have been decimated.

“There is so much in journalism that you only learn by doing and watching good reporters. Even if it’s a virtual following … try to figure out what it is that makes them good,” and find a mentor, he said during a phone interview on June 17.

Above all, seek out the untold story, suggests Sonia Shah, an investigative science journalist and author of “The Next Great Migration: The Beauty and Terror of Life on the Move.”

With Covid-19 as today’s big story everyone is covering, reporters must find a new angle and get the story straight from the source. “That’s the tricky terrain we are all living through: how do you actually do the reporting? How do you travel?” she said as a guest on the Society of Professional Journalists International Community #ICTalks series on June 16 via Zoom. “The restrictions and a lot of places say stay home and they say use Zoom. Well, we need to find a way to talk to people who do not have Zoom.”

Jennifer Karchmer is a freelance and independent journalist covering press freedom and reporter safety. She serves as a Media Liaison with the SPJ International Community protecting and defending international journalists and monitoring violations against the press. She was an instructor at WWU from 2006-2014.
More: www.jenniferkarchmer.com.