Corvids … Something to Crow About 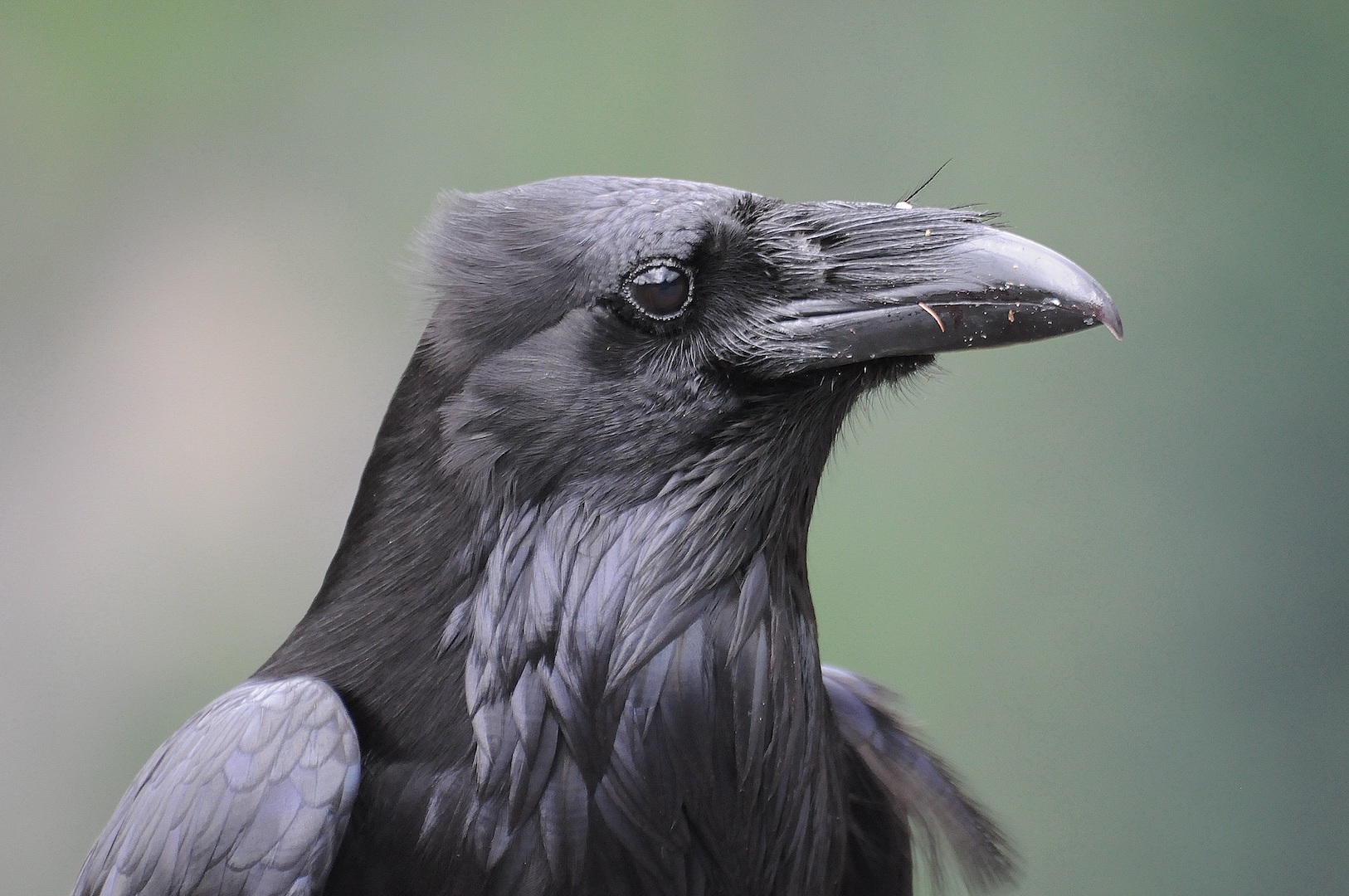 After another interesting winter, complete with every form of precipitation and bitter northeast winds, spring is upon us. The months of March and April are usually part of the more exciting transition periods for birds and especially for birders. Wintering birds are slowly changing into breeding plumage before departing for their nesting grounds, and the vanguard of our spring birds is arriving from their more southerly wintering ranges.

Most of the birds leaving are the larger birds, especially the wintering waterfowl like swans and snow geese. Their replacements are generally the smaller, brightly-colored songbirds … the perching birds. These birds belong to the order Passeriformes and are more commonly known as passerines. Numerous passerines that we see locally have been wintering farther south where the insects are. They begin to migrate as the insect numbers increase in the northern parts of their ranges. The resident passerines that have been here throughout the winter months will also adopt brighter breeding colors, but it’s the new arrivals that tend to get more attention.

As any birder or even a non-birder knows, they almost demand attention with their songs, despite the fact that they’re aimed more at prospective mates than they are at us. Many of the passerine species are synonymous with birdsong and the arrival of spring. Notable among the spring singers here are the black-headed grosbeaks and Swainson’s thrushes. When you hear either of these two migrant passerines, you can rest assured that spring is here.

Passerines comprise the largest group of birds or about 60 percent of all species. Given the size of this group, it’s not surprising to know of the diversity of species within the group. All passerines are perching birds and the songbirds are a part of this larger group. As it is with all birds, orders are broken down into families and similar birds make up the individual families, which include sparrows, wood warblers, flycatchers, wrens, thrushes, and finches.

While they hardly qualify as songbirds and don’t come in brilliant spring colors, one of the most distinctive and easily recognized families of passerines is the family Corvidae … the family of crows, ravens and jays. The corvids are often considered to be the most intelligent of all birds, and, to many people, some of the most obnoxious. To others, including yours truly, they’re a source of endless fascination. Their intelligence is obvious in their general behavior, and experiments have shown that they are problem solvers.

Corvids are permanent residents in their individual ranges and common throughout North America. Males and females look the same and both participate in construction of their nests, which are usually stick-built affairs, lined on the inside with anything that’s available and suitable. Most of these nests tend to be quite sturdy and are often used by hawks and some owls. There’s no better testimonial than to have another bird use one of your nests … when you’re not using it, that is.

In Whatcom County members of the Corvid family are well known from the shorelines to higher elevations. One of the most recognizable birds everywhere and one of the first birds we learn is the American crow. Crows will eat just about anything, but popular lore has always referred to them as the scourge of cornfields, hence the invention of the classic scarecrow. The northwestern crow is unique to the coastal areas of northwest Washington. Its overall size is noticeably smaller than the American crow, especially in the size of their feet. They’re easy to find on all the cobble beaches from Semiahmoo to Larrabee State Park.

The largest corvid and the largest passerine as well, is the common raven. Along with their smaller crow cousin, folklore painted these dark birds as omens, especially if they happened to show up at your door. Even if you don’t see it, the distinctive and resonant croaking call leaves no doubt that a raven is nearby. Maybe this added to the lore of these birds.

The bird formerly known as the western scrub jay experienced a fairly recent name change, and is now known as the California scrub jay. They were not even mentioned in the county list of birds a decade ago, but a tip from a coworker of a friend led me to the first confirmed nesting pair in the county. This species is in the midst of a range expansion so there are more nesting pairs being reported locally and in the lower mainland of British Columbia.

The Steller’s jay is our most common jay in the lowlands of Whatcom County. They can be very loud and even pushy when it comes to smaller feeder birds. I have an old video that I shot years ago of a Steller’s jay on my window feeder, forcing grosbeaks and juncos off the feeder — but when a northern flicker dropped in, the jay quickly departed. There’s always something bigger so it was only fair. If you’re interested in attracting Steller’s jays to your backyard, unshelled peanuts will do the trick. Aside from their behavior, their deep blue plumage is often a welcome sight on gray Pacific Northwest days.

Steller’s jays were named after George Steller, a German naturalist who traveled with Vitus Bering on his voyages along the coasts of Alaska and Siberia. Another corvid that fits in with the early exploration of the American west is the Clark’s nutcracker. This unique bird is named after Captain William Clark of the Lewis and Clark Expedition in the early 1800s. Clark discovered the first specimen in Kamiah, Idaho, in August of 1805. This is a corvid of higher elevations, similar to the habitats frequented by Canada jays.

All Corvids store extra food, either by burying it or hiding it in trees. Clark’s nutcrackers are masters of caching thousands of seeds and nuts in numerous locations. This is especially helpful when mountain snows are too deep and heavy for them to feed normally. The amazing thing is that they’re able to remember where their caches are hidden. This is a classic example of avian intelligence, especially among corvids.

Canada jays have a long line of alternative names, and its current name is the latest designation. It was formerly known as the gray jay, though its nicknames were much more colorful. Whiskey Jack has its own roots in an Anglo corruption of the name used in the Algonquian language, Wisakedjak. The name camp robber best illustrated its tendency to follow humans and fly in at every chance to make off with unattended food. The Canada jay is the national bird of our northern neighbor.

No matter how you feel about the corvids, take time to learn more about them and you just might come around to appreciate this incredible family of birds. They’re all close at hand for observation and learning opportunities, from Larrabee State Park to Mount Baker. They’re as reliable as the rain.
____________________________