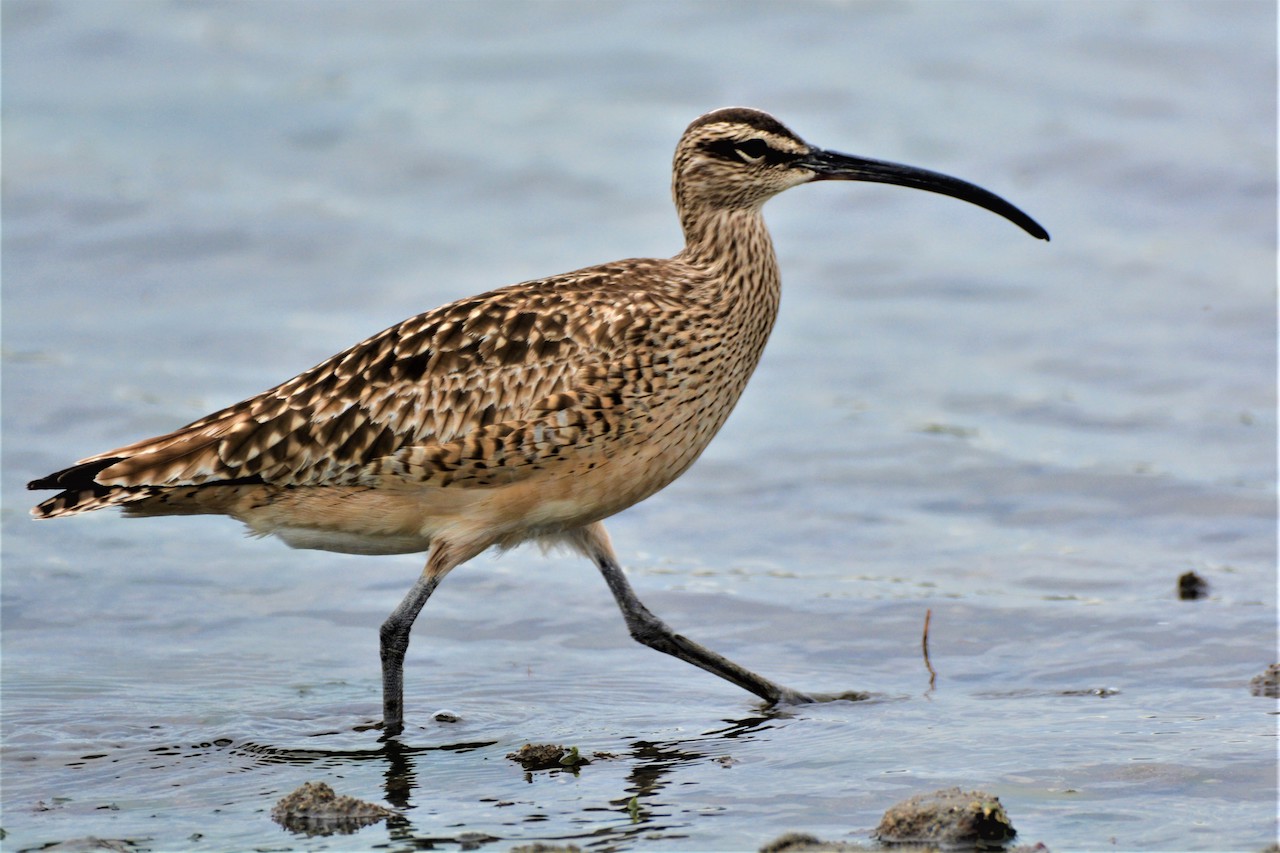 It seems that every year when the calendar flips from mid- to late-April, I start thinking about shorebirds. It’s not mere coincidence, however, since it’s the prime time of year for the northbound migration of millions of birds along the Pacific Coast. This mass movement of birds is celebrated with numerous festivals in every state as the birds answer their instinctual urges and move toward their breeding grounds. On the Washington coast, the numbers are generally at their peak toward the end of the month and into early May.

The Gray’s Harbor Shorebird Festival is usually held toward the end of the month, so that’s why I try to go the week before. It’s similar to our approach to camping the week before Memorial Day … fewer humans! For the past couple of years, I’ve had one reason or another to cancel my annual pilgrimage. This year I found the time and off I went. My master plan, as in years past, would be to start in Tokeland and make my way northward, sort of like the birds, but first, I had to get there! Another plus is the fact that most campgrounds are barely filled at this time of year so it’s easy to find a spot to settle in for the night.

I always try to figure a best way to go to make the journey more of a pleasure than a grind.  My immediate thought is to avoid the white-knuckle traverse along I-5 and the urban sprawl of the Everett-Seattle-Tacoma corridor. Although this is the more expeditious route, a ferry ride to the Olympic Peninsula is always enjoyable, as well as an opportunity to pick up a few seabirds in the expanse of the Admiralty Inlet. I could write a small how-to guide to picking the best of the three possible routes to get to the coast, but I’ll save that for a later date. There’s also the time element, so there’s more to it than simply going.

My first stop off the road was Westport, right on the ocean on the south side of the entrance to Grays Harbor. The marina there always has a dynamic feel about it with a lot of things going on simultaneously. Commercial and charter fishing boats are in and out of the harbor, along with the usual array of recreational crabbers who seem to spend entire days with dinner in mind. I find that I always smile when I first open the door and hear the unmistakable sounds from the numerous sea lions that also find the harbor attractive.

With Tokeland as my goal, I decided to camp just south of Westport for the first night and take morning coffee down the road just after first light. I’m an early riser, so the lure of more birds and less human activity is usually high on my list. The Tokeland marina is part of the lore of birding on the coast, and often rightfully so. I’ve always found it to be a quiet, appealing place to see a few good birds. Nothing is closed to the public, so you’re free to walk the docks and explore as you wish.

Inside the marina were several common loons and pigeon guillemots, accompanied by the usual assortment of three or four species of gulls and small flocks of greater scaup. As the tide went out and the mudflats were exposed, a veritable feast of shorebirds began to fly in to feed and forage. Four of our largest shorebirds, long-billed curlews, whimbrels, willets, and marbled godwits, mingled with short-billed dowitchers, dunlin, and western sandpipers. As the tide moved out, I did, too …Westport was calling!

I spent the remainder of my first full day at Westport and enjoyed the usual mix, including pelagic, Brandt’s, and double-crested cormorants, two species of loons, and all the western gulls you could ever want to see. Least sandpipers and godwits flew in as the low tide exposed the mudflats for these probing shorebirds. As always, the sounds of barking sea lions resonated throughout the harbor.

The great part of traveling alone without reservations is the ability to change plans that at one time seemed so logical. When bird numbers are low or the weather urges you to move along, you move. Such was the case when I decided to forego another night at the Twin Harbors State Park and opted to move across Gray’s Harbor to the confines of another campground at the Ocean City State Park. As with most campgrounds in April, plenty of sites were available. My needs for camping are quite simple, so just a little nook or cranny usually works for me. The other part of April on the coast is the unpredictable weather. Even though it didn’t actually rain, overcast skies and cooler temps ruled the days.

Ocean City State Park serves as a perfect base to explore the entire peninsula to Point Brown on the south and the beaches as far north as Moclips and Taholah. In one of those classic love-hate relationships, most of this beach is drivable, except for the parts that are closed between April 15 and Labor Day. This is where the split comes in since some people seem to think the CLOSURE signs don’t apply to them and ignore the shorebirds that gather in these protected areas. There again is another topic to cover in a separate article, or maybe in a different newspaper or magazine.

Ocean Shores has access to the bird and birder-friendly areas of Point Brown and Damon Point. The former sits at the base of the North Jetty on the north side of Gray’s Harbor. The potential for birds here can be staggering at times, depending on the tides. At high tide, the birds cluster close in on the beach as well as on the rocky outcropping of the jetty itself. This area is open to the vastness of the Pacific Ocean and often a good place to view migrating seabirds like murres and loons.

Damon Point sits just up the road and well within the protection of the North Jetty. While many of the same shorebirds can be viewed here at low tide, this area is also known for its year round raptors like hawks, eagles, and peregrine falcons. Most of the winter snowy owl sightings on the coast come from the relative quiet of the open fields at Damon Point.

I observed good flocks of birds like marbled godwits, plovers, and sanderlings but they weren’t enough to keep me off the road. Another early morning departure took me up the very unexciting U.S. 101to Port Angeles and Sequim and a mostly fogged-in Dungeness National Wildlife Refuge. Before dinner I hiked to the base of the Dungeness Spit and could only hear the foghorn from the historic Dungeness Light House. On a good day, an 11-mile round trip beach hike will take you to the lighthouse, but this was not a good day to hike.

Though I was in perfect position for an early run to Port Townsend (PT) and my ferry connection, the fog was thick enough in the trees to cause me to slow down and smell the salt air … and wait. As it turned out, the fog was hugging the shoreline so I had an easy drive to Port Townsend. With two and half hours before my ferry, I explored an excellent birding spot at Point Hudson, just north of downtown … in the fog! The area around the marina is usually good for a variety of birds like Pacific black brant, gulls, scoters, and shorebirds. The ferry ride to Keystone was uneventful and a good way to wind down the trip, and the sunshine felt especially good after the typical April weather on the coast.