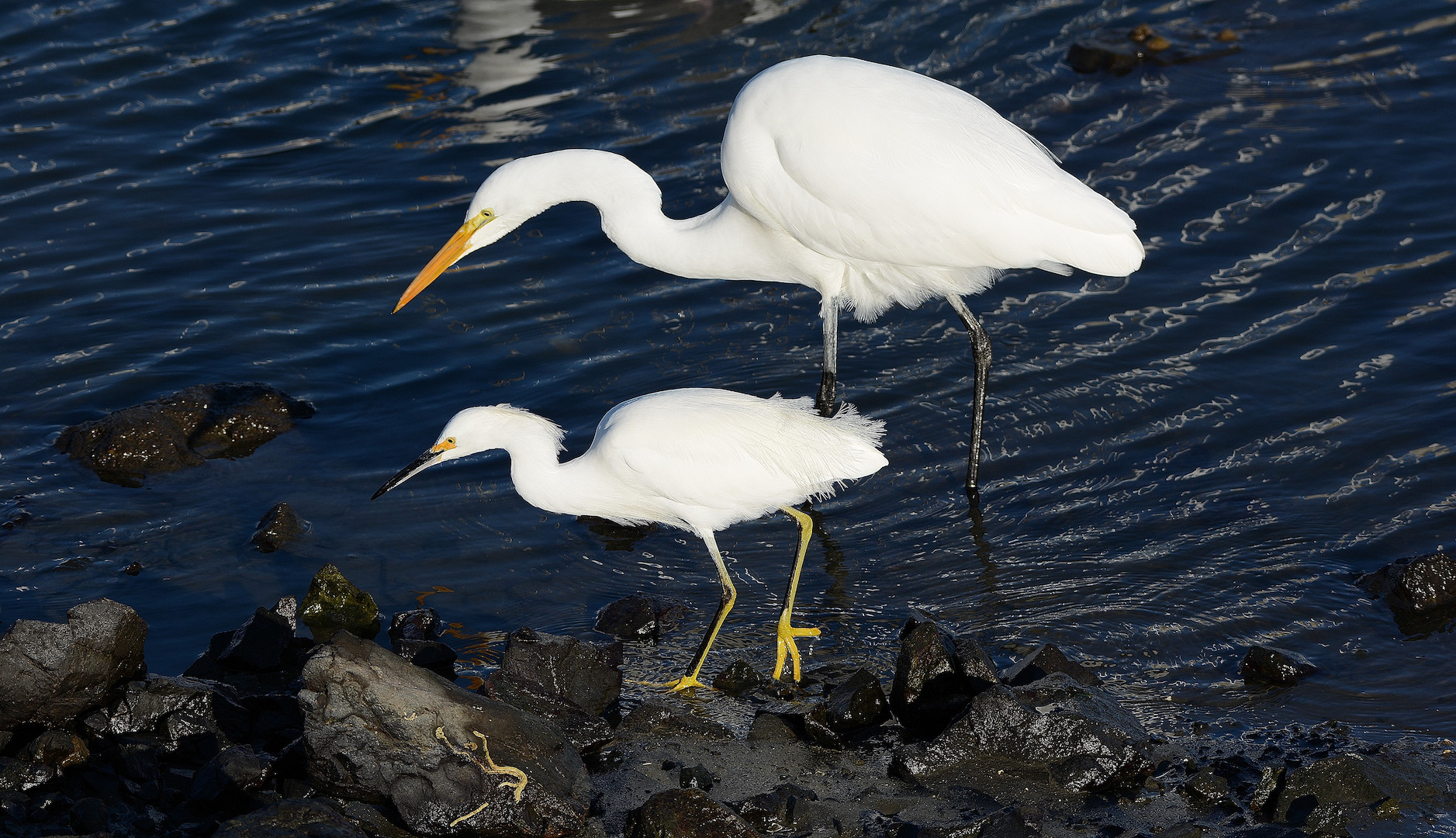 After a proper period of quarantine on both sides, Cindy and I headed south the day after Christmas for a New Year’s visit with my sister and nephew. We planned to settle in to our headquarters for a week in Dillon Beach, 60 miles north of San Francisco. While birding is always on my mind, the primary reason for this trip was to spend time and reconnect with my only West Coast family members. And of course, we’re always ready for a road trip! Reflecting on the trip down and the trip back, we’ll rethink our next getaway to spend shorter days on the road.

In our attempt to take a big bite of the road on Day One, we pushed our way to Grants Pass, Oregon, running with the faster flow on Interstate 5. Day Two proved that we prefer the slower pace of minor highways. We took a morning break in Crescent City and sampled our first taste of a less-than-pacific Pacific Ocean. We spent time on the waterfront in perfect weather with good birds inside the breakwater. Black oystercatchers and western gulls were joined by black turnstones, a lone red-throated loon, and double-crested cormorants. These are the usual suspects that we frequently see on Whatcom County shorelines.

The inner harbor at Crescent City was a dynamic, user-friendly place to take an early lunch break. If you appreciate the power of the ocean and pounding waves, you would have been as gleeful as I was. The potential for walking around the perimeter of the harbor is virtually unlimited, so the variety of birds ranges from shorebirds and diving birds to gulls and more common ravens than I’ve seen in some time. But, it was the weather that came through as a nice break from the December rain in the Northwest.

As tempting as it always is to pause along the way, we were determined to reach our destination before dark, especially given the shorter daylight hours in winter. Motoring past roadside herds of Tule elk and wetlands filled with waterfowl, we made it just as the sun was setting. Since this was a new objective for us, finding it in the dark was not an option I cared to exercise. As with every road trip, it was good to stop for a while!

We considered that our first day at Dillon Beach would be a day to relax and visit, but the sound of the ocean and the perfect weather kept interrupting the plan. As usual, I was up earlier than everyone else so I slipped out to explore the open space north of the house for a couple of hours after sunrise. This amazing and expansive headland is basically open range for grazing cattle and deer and offers incredible, wide open views of the Pacific. From here you can follow the beach to the beginning of Tomales Bay with Point Reyes to the south and Bodega Head to the north. The short-grass scrub was alive with western meadowlarks, Say’s phoebes, white-crowned sparrows, and yellow-rumped warblers. Roving flocks of western bluebirds provided a nice splash of color to the otherwise drab landscape.

I could see Bodega Bay from our deck and knew from what I had read that this was one place that would satisfy my birding needs. Our road-savvy guide (nephew Chris) answered my call and took us on an exhilarating and roundabout drive for an afternoon visit. He’s been in the Bay Area for over 20 years and proved that he knows all the back roads quite well. In this part of Marin County, it’s impossible to go straight to any place in a hurry. The scenic, winding drive over the hills and through eucalyptus groves was quite pleasant.

The reputation of this California birding hotspot lived up to its billing. The tide was out and the entire bay was alive with birds. We had good looks at marbled godwits, several species of gulls, cormorants, brown and American white pelicans, Pacific loons, grebes, and foraging great and snowy egrets. I could spend entire days prowling and even kayaking this birder-friendly bay. On the way home, we stopped in the town of Bodega, the site of many classic scenes from the Hitchcock movie “The Birds.” The Potter Schoolhouse is still there and is now a private residence.

We planned and executed a group hike to the Estero de San Antonio, which turned out to be another trip highlight. Among the unique features of the entire coastline are the numerous esteros (estuaries) where rivers flow into the Pacific. On this particular day, this estero was totally hemmed in by sand which had been pushed into the mouth by heavy surf and effectively blocked the river’s outlet to the ocean. It’s nature’s way of damming a river. It was an interesting phenomenon to observe, along with turkey vultures, buffleheads, and a female long-tailed duck, which seemed out of place.

My primary focus on this trip, aside from catching up with relatives, was to spend time at the Point Reyes National Seashore. All of the tips about where to go and what to see were blindsided by Covid-19 closures, so we had to take what was open. The two options were Drake’s Beach and Abbott’s Lagoon. The former offered spectacular surf and soaring cliffs along with a half-dozen beached elephant seals. Ring-billed and western gulls on the beach were augmented by scores of turkey vultures and common ravens. A short scramble into the area above the beach produced black phoebes and a lone red-shouldered hawk.

After Drake’s Beach, a nice pre-sunset hike to Abbott’s Lagoon produced more trip highlights, one of which might have been the best bird of the trip. Just up the trail from a pair of Wilson’s snipe, I was elated to find a white-tailed kite, alternately perching and hovering above the scrub while searching for prey. Deer in the area were on the alert as two very healthy coyotes were roaming in search of prey.

The first day of 2021 was ushered in with a great New Year’s Eve celebration involving a hot tub and a champagne toast to the new administration. After packing, we motored southward toward Sausalito for our final night of family fun. A walking tour of the waterfront and a perfect wetland marsh added numerous birds to our trip list. We grabbed food-to-go and headed for Fort Baker at the north end of the Golden Gate, where we enjoyed another California sunset in the shadow of one of the world’s most iconic bridges. The rain that started on our departure from Sausalito stayed with us all day.

The rain followed us north into a wet and windy overnight in Bandon, Oregon. We decided to stay on the Oregon Coast for most of the way north before heading east to the interstate. Along the way we stopped in Depoe Bay, one of my favorite towns on the coast. The combination of high tide and heavy surf made for a dynamic stop, with waves crashing against the seawall and flooding into the unique harbor. Depoe Bay gained a bit of notoriety in the film, “One Flew Over the Cuckoo’s Nest.”

Looking back on the trip as a whole, it was a great getaway to explore new places and the more moderate weather and sunshine were most welcome. It was interesting to see the widespread effects of the pandemic away from home. Most eateries were offering take-out only, and there were masks everywhere, which was good to see. It was also good to leave the news behind for a while and focus more on healthy pursuits like hiking and exploring new places with family, not to mention enjoying good food and drink. We headed home on the second day of a new year, filled with hopes for better days ahead.