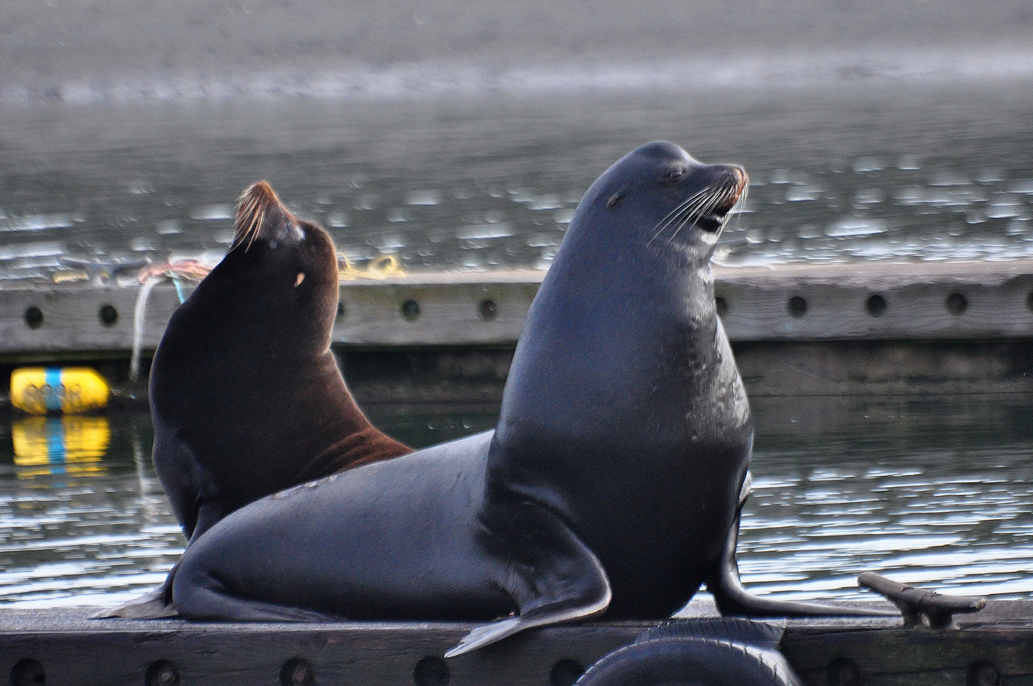 Every year when March and April come around, the first shorebirds begin showing up on local beaches. At the same time I think about the Washington coast and the large-scale migration of these unique birds. The end of April in fact has traditionally been the time of year for the big coastal migration, specifically on the long, sandy beaches of southwestern Washington. For one reason or another, I hadn’t made the journey to witness the spectacle lately but this year was different. I had the time and despite a weather report that was marginal at best, I decided to take my chances. After all, birds don’t abide by the weather reports.

I made an early start from Bellingham to catch the Keystone ferry to Port Townsend and a much awaited trip to the coast. I arrived well ahead of my reservation time so I decided to check the neighboring Crockett Lake for birds. Vocalizing marsh wrens were the best birds, along with northern harriers and nesting barn swallows. By the time the ferry left I was in my usual location on the top level of the ferry, on the bow. Typical species are often right in the path of the ferry so I had good looks at rhinoceros auklets, pigeon guillemots, loons, common murres, and a variety of gulls. If you choose to ride the bow crossing Admiralty Inlet, always dress for the occasion.

The campground at Ocean City State Park was my destination for the beginning of my shorebird week. By their own admission via an e-mail a couple of days before I left, the state parks department warned me that conditions at the campground were less than desirable, due to heavy rains. They even offered a full refund but I had no thoughts of cancelling this trip, especially since I didn’t plan on spending much time around the campground anyway. 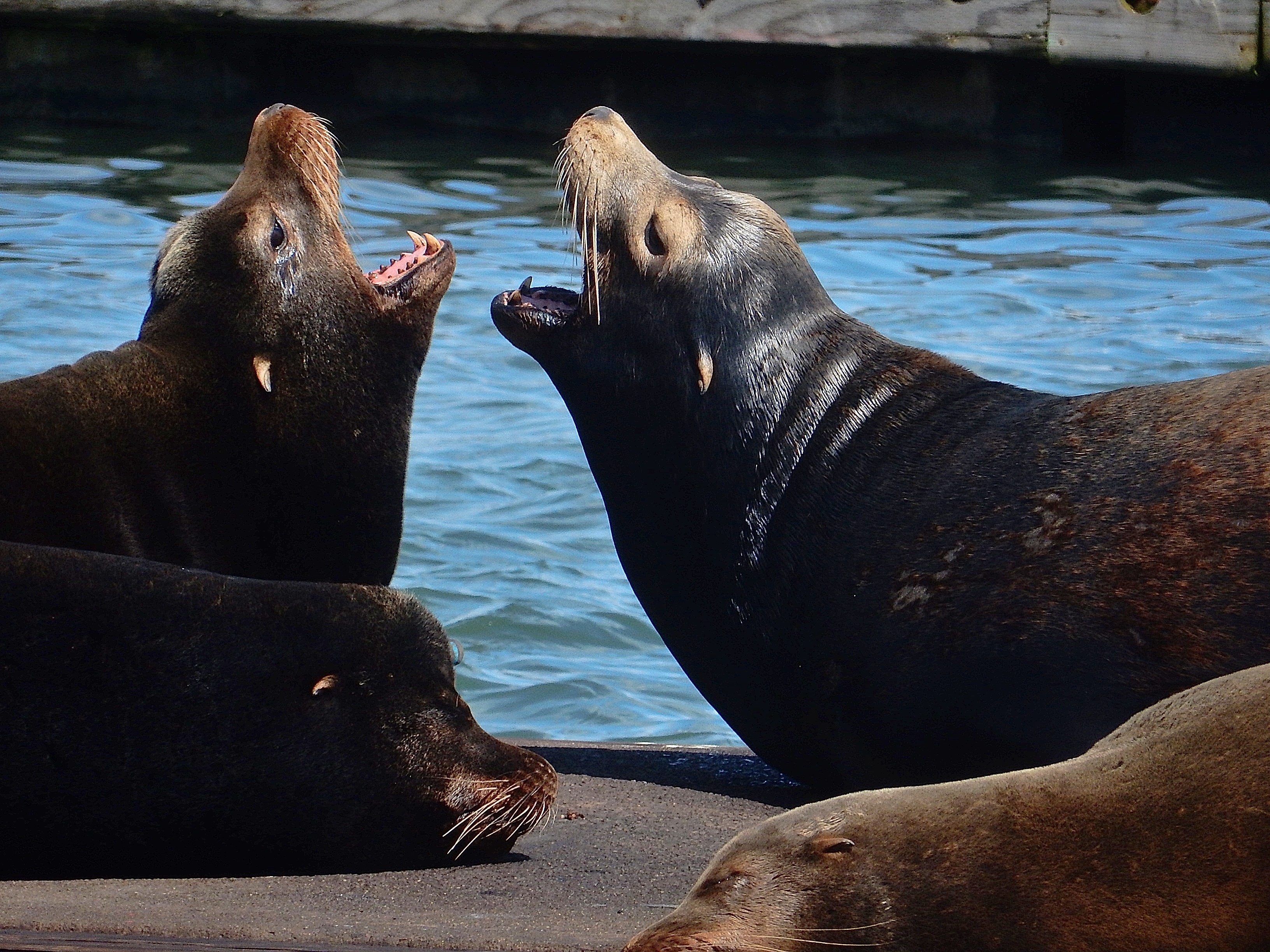 After my arrival in mid-afternoon, I found a relatively dry spot to pitch my tent and then headed for the north jetty and Point Brown, as well as the expanse of beaches at Ocean Shores. By the time I arrived the sun was already sinking so the views were less than desirable, but the birds were there. A lone bald eagle on the jetty kept all the other birds alert and watchful. One thing that I became aware of immediately was the strong wind that would blow for the next few days. I watched the first of many great sunsets before heading for my nylon home-away-from-home.

Given the favorable weather report for the next day, I left camp before sunrise to head south. The southernmost point I wanted to visit was Tokeland, more specifically the Tokeland Marina. Had I been fully prepared I would have known about the minus-tide I experienced at Tokeland. This is normally a hot spot for shorebirds at high tide! This was only slightly disappointing because I knew that better birds were right up the road in Westport. 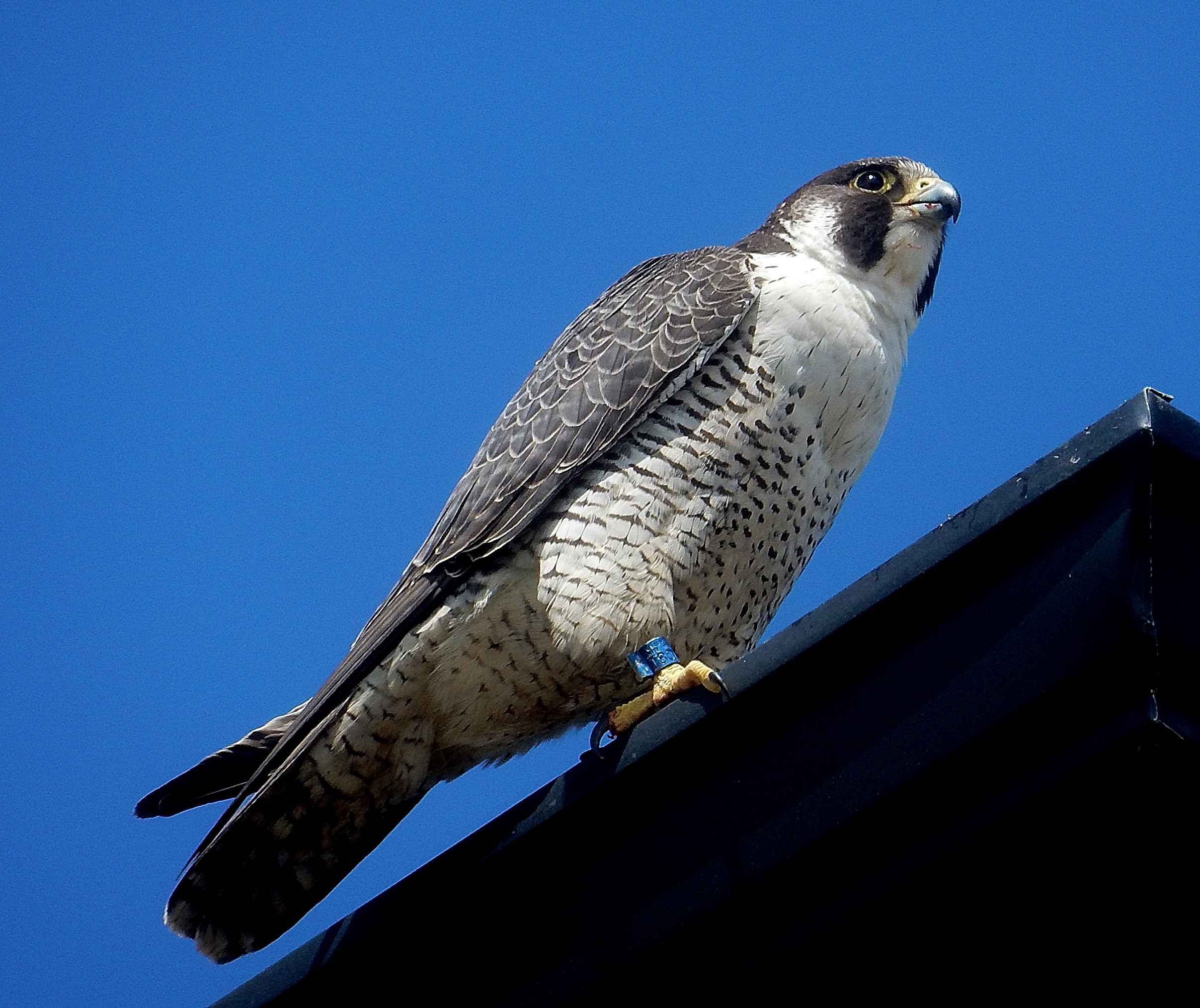 In fact, Westport proved to be one of the highlights of the entire trip, and I’m sure that the weather helped. The accessibility on foot of the entire waterfront is part of the appeal of the area around the marina. Close up views of western grebes, pigeon guillemots, Pacific and common loons, and a variety of shorebirds more than made up for anything I might have missed at Tokeland. A very accommodating peregrine falcon and blue sky provided exclamation points for the day. An added bonus at the marina is the ever present gathering of sea lions on the end of Float 15. They can be quite entertaining, not to mention photogenic.

Later in the day on my way back to Ocean Shores, I stopped to visit the expansive mudflats of Bowerman Basin. The large concentrations of shorebirds that utilize Bowerman basically put this area on the bird watching map. These yearly visits prompted the organization of the Grays Harbor Shorebird Festival which has been one of the more successful birding festivals on the West Coast. In a reversal of the morning’s low tide, the tide at the basin was too high for the birds, but the weather was too nice to complain, despite the insistent wind. It was time to head back to the beach, but not before stopping at another hotspot.

Retention basins at sewage treatment plants have become a magnet for waterfowl, and therefore very attractive to birdwatchers. The settling ponds outside the Hoquiam facility are no exception. A quick stop here added northern shovelers, greater scaup, green-winged and cinnamon teal to the checklist for the day. Before I reached the highway, I discovered an occupied osprey nest atop a light standard, and a small colony of nesting cliff swallows. The swallows had only recently arrived and were in the process of building their intricate mud nests under the eaves of a hangar at the local airport.

To prepare dinner I needed to find a place that was protected from the wind. My stove works better out of the wind, needless to say. I found a perfect spot in an unoccupied part of the campground that did the trick. After dinner I was back on the beach to continue the shorebird quest. There’s something alluring about the sound of the ocean and the addition of several thousand birds adds to the allure. The wind and the constant roar of the surf have a soothing, meditative effect … and the sunset wasn’t bad, either.

My plan for Day 3 was to stay closer to my base camp and comb the beaches from Ocean Shores to Point Brown, Damon Point, and the north jetty of Grays Harbor. I left camp as the sun was rising and noticed that a serious storm was moving in. The wind and rain increased during the day with occasional breaks for birds. By evening, the gusts were rocking the truck and visibility was down to less than the length of a football field. It was a great afternoon for reading about birds. I had to don rubber boots to get to my tent but I had the best night’s sleep of the entire trip. There’s something about being warm and dry while listening to the rain lashing the tent.

Despite the foul weather on this day, the birds came through and during the breaks in the rain I was able to observe birds feeding along the shoreline from the jetty to Ocean City State Park. In fact, at one point during a bout of horizontal rain and gusting wind, I actually donned rain gear and rubber boots to investigate a flock of birds that landed about one hundred yards down the beach. I employed the technique of backing into the wind to reach the birds, which turned out to be beautiful short-billed dowitchers in full breeding plumage. More masochism on display, I suppose.

With the first three days under my belt, I awoke to another wet day on Sunday and made quick work of striking camp and loading my truck for the trip north. As I drove east, the sun was rising and an almost endless line of headlights was heading west toward the beaches … humans in pursuit of razor clams! The clam diggers on the beaches far outnumbered the bird watchers. I stopped for another quick look at the mudflats of Bowerman Basin, and then I headed for Highway 101. It was time to continue my journey to the north coast and Cape Flattery.