An Idea for Birding in the New Year 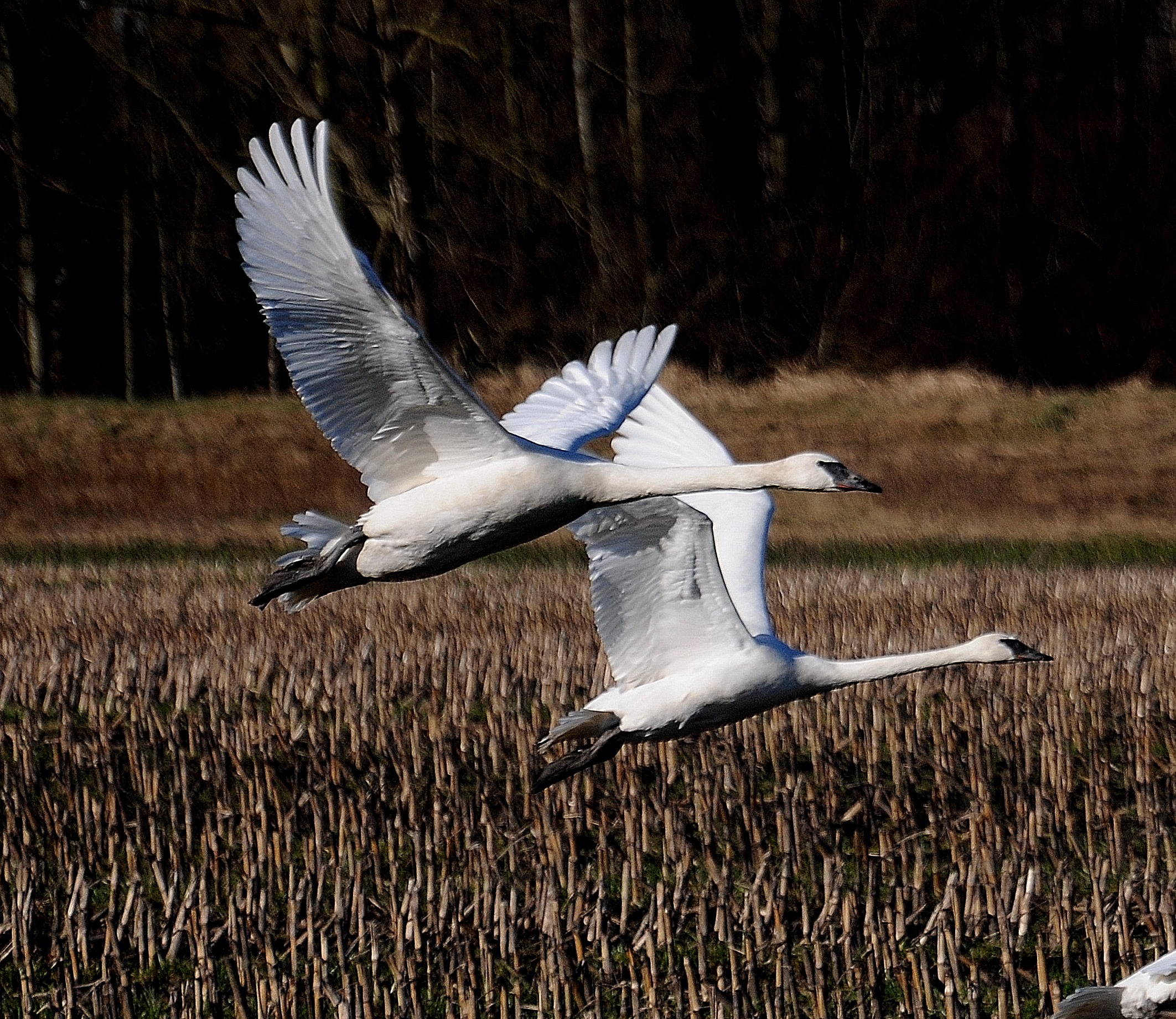 In the middle of December the weather often demands that I spend more time indoors. During these slower times, I think back through the year to see if I satisfied myself with all the birds that I hoped to see. I generally feel content by visiting places within a reasonable range from home. Having the wherewithal to go anyplace to see birds is a luxury most of us don’t have. I could make a long list of places where I’d like to spend time watching birds, but that would sound more like a birding bucket list. At this point in my life, I prefer to look for birds in places that are easily within reach and don’t involve TSA agents and boarding passes. My concept of a reasonable range allows for border crossings close to home. A trip to Boundary Bay to witness an irruption of snowy owls is certainly understandable, and a quick day trip to the Reifel refuge (George C. Reifel Migratory Bird Sanctuary) to see saw-whet owls is also acceptable.

With the exception of the lower mainland of British Columbia, we really don’t have to leave Washington to see birds in a variety of habitats throughout the year — from ocean beaches to desert rangelands and alpine settings. Like the die-hard birders who plan extensively to see as many species they can in North America in a big year, I’d like to focus on a similar effort in Washington state. It would certainly cost a lot less, and, with a bit of planning, it might provide a good bit of entertainment, if nothing else. Let’s start by breaking down the birding seasons to parallel the traditional four seasons, with a few adjustments that take migration and weather into account. Here’s a rough outline of a birding tour of Washington to see what kind of big year we might experience without leaving the state, so fasten your seatbelts and come along for the ride.

The period between January and March is a logical starting point, but it’s also the time of year when the greater Puget Sound area hosts the largest and most varied number of wintering species to be found anywhere in this state, as well as in other northern tier states. In the past, I’ve championed the snow-free landscape and habitats of the western lowlands for winter birding. While the interior is usually inaccessible due to deep snow and impassable roads, our moderate marine climate provides open water in numerous sheltered bays and estuaries, as well as in freshwater lakes and ponds. Most of the areas where birds congregate during this time are very accessible to birdwatchers.

The primary target birds from winter and into early spring are sea and bay ducks, snow geese, and swans, as well as a variety of raptors that tend to flood the lowlands in winter. The delta areas of most of the big rivers in western Washington provide an ideal hunting ground for birds of prey like eagles, hawks, and five species of falcons. The same habitats that appeal to northern harriers are also attractive to short-eared owls. Thousands of shorebirds forage on tidal flats across the region, while many Arctic species that are common winter visitors here attract birdwatchers wishing to add to their own life lists.

When the majority of our waterfowl has departed for their northern and eastern breeding grounds, we’ll head for the east side of the mountains to continue our quest. Through April and into the first part of May is a good time to visit the northeast corner, especially the area around the Okanogan Highlands. Species like sage grouse, snow buntings, long-billed curlews, and great gray owls are common sightings in this isolated part of the state. Many of the birds that wintered on salt water begin arriving to nest on freshwater habitats. Loons, grebes, and both species of goldeneyes prefer the quiet of small lakes. An additional bonus to birding in the northeast corner is the feeling of peace and quiet that comes with its remote location, far from the hectic pace of the larger population centers.

After covering the northeast corner, we’ll head south to pick up more eastside birds like burrowing owls and sandhill cranes. The high and dry canyons of the southeast corner, around Ellensburg and Yakima, hold treasures that you might not find anyplace else. White-headed woodpeckers and white-breasted nuthatches are common in the Ponderosa forests at higher elevations. Lazuli buntings, western kingbirds, and Say’s phoebes are common on the dry side as well. While the folks around Othello are setting up for their annual sandhill crane festival, shorebirds are arriving across the state on the sandy beaches and estuaries of the southwest corner.

The Grays Harbor Shorebird Festival celebrates the northbound migration of millions of birds ranging in size from the large curlews and godwits to the aptly named least sandpipers. This annual spectacle is not to be missed and only adds to our count for a big year. The last part of April is the time to observe shorebirds in the suitable habitats as they head north. Another road trip is required to get to the shorebird-rich coastal areas of the southwestern part of the state. From the mouth of the Columbia River to Ocean Shores, beaches will be teeming with a variety of anxious migrants.

Now that we’re back on the west side of the mountains, the plot thickens considerably and our big year list is looking promising. The time from late April and through May has special additional significance. The seasonal overlap of migration presents delightful opportunities closer to home. While our wintering birds are in the process of leaving or have already left, the Neotropical migrants are arriving to nest and raise the young of the year. Early to mid-May is the time we see the wide array of passerine species likes warblers, grosbeaks, and Swainson’s thrushes filling our backyards and woodlots. They also bring along the delightful songs of spring.

Nesting activity and the arrival of numerous young birds present a delightful scene into June. The weather is still Pacific Northwest-cool right up to Independence Day. Our warmer days will be here from mid-July through September, and this is the time of year that holds the dreaded dog days of birding for reasons I’ve detailed in past columns. Many birders feel the same way about the slowdown in activity, and begin preparing for the excitement of fall and early winter. This is a good time to calculate our success to this point, mainly to see which common birds we might have missed. At this time, we still have three months to go as our big year returns to our starting point. The period from October through December marks more migration shifts which might be perfect for picking up additional species.

This idea is offered as a virtual big year, but is also worthwhile to consider the possibilities we have well within Washington state. I’ll probably spend time laying out a map to maximize my own coverage, and, who knows, it might make good material for next January’s column. Ideally, I’d like to hear from readers who might want to do their own big year so we can compare notes … before and after.