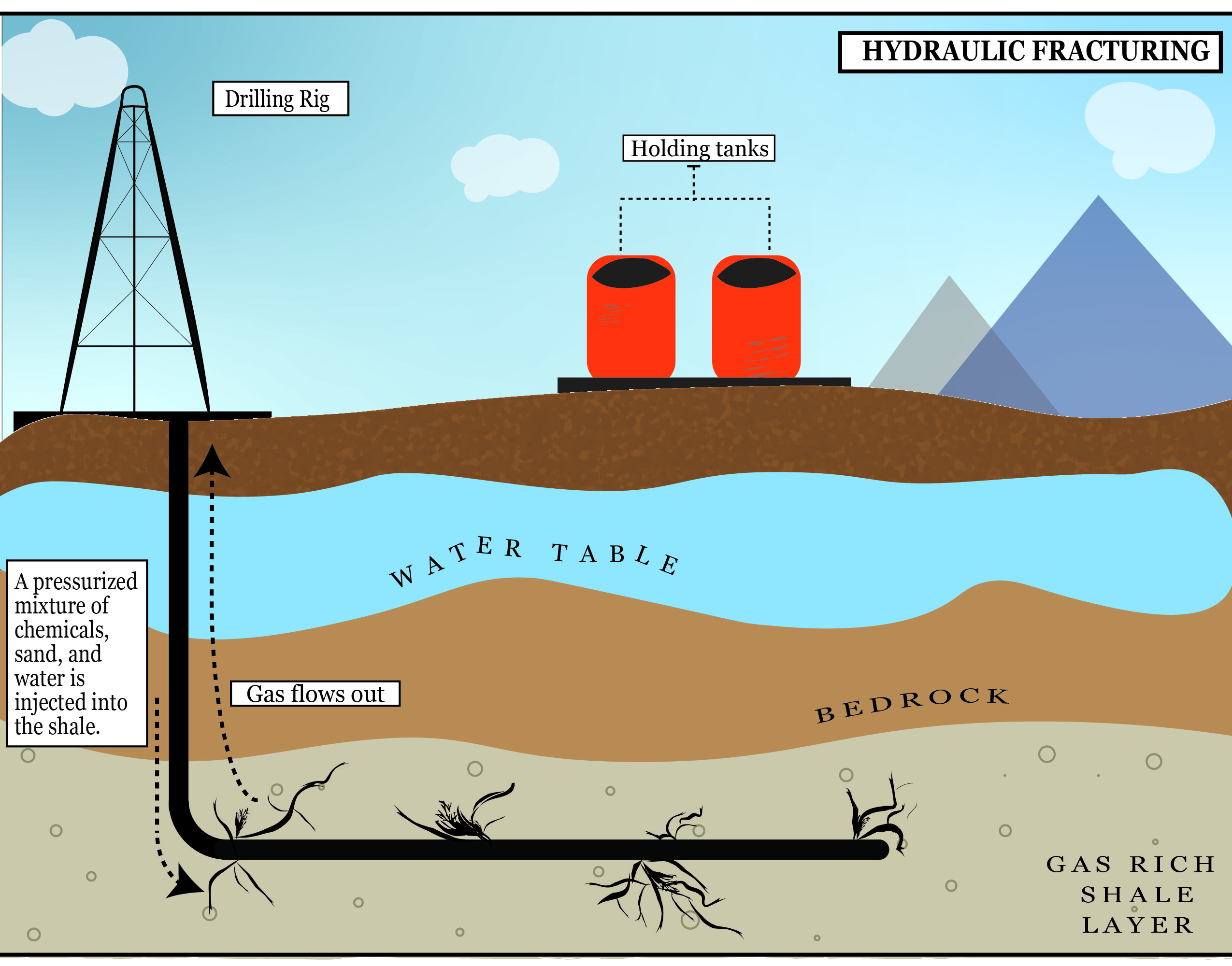 Every day the push for concrete climate action seems to knock at the door, waiting for it to be opened and allowed a seat at the table. In 2008, when Pew Research asked U.S. adults what the top priority for the president and Congress should be, 40 percent agreed that protecting the environment needed to be first. In 2020, the number of adults who agreed jumped to over 60 percent.

As U.S. adults and subsequently — potential voters — have been increasingly concerned about the future of our planet’s health, the topic of exactly how to mitigate the nation’s impact was a key point in 2020’s presidential debates.

While there was back and forth public discussion as to whether each candidate’s plan has the elements and policy proposals needed to safeguard the environment, the topic of practices in gas and oil took center stage. More specifically, fracking, which can be otherwise known as hydraulic fracturing.

The technology to practice “fracking” came onto the scene of gas and oil exploration roughly 10 years ago. The process can be described as drilling into the earth and then inserting highly pressurized liquid directly into the rock to release the gas that was previously trapped inside within the Earth.

Alex Gilbert is a project manager at the Nuclear Innovation Alliance and lecturer in Energy Policy at Johns Hopkins University. Gilbert has previous experience in the private sector of the energy market as an analyst and climate policy consultant; he and others refer to the onset of fracturing technology as the “Shale Revolution.”

Gilbert gives us a more visual definition of the process of hydraulic fracturing by likening previous oil and gas drilling sites as “more of pools that you would stick a straw into.”

But with advancing science and technology of hydraulic fracturing and horizontal drilling, the Shale Revolution has taken off. Today, the United States has tapped into large amounts of crude oil, leaving the country the option to grab the reputation as a notable international exporter of natural gas.

Biden has faced criticism for causing confusion in the past regarding his stance on fracking, where in one of the Democratic primary debates he misspoke and said “no more — no new — fracking.”

Although, in the Vice Presidential debate on Oct. 7, now Vice President Kamala Harris, made it clear that Biden’s climate plan would not ban hydraulic fracturing.

Despite Harris’s attempts to clarify the campaign’s stance, Trump called Biden out at a rally in Johnstown, Pennsylvania, pointing to Biden’s verbal blunder at the primary debate.

According to AP News, on Oct. 13, Trump had falsely claimed that his opponent had repeatedly opposed fracking and planned to ban the practice that has gained headway in the United States.

A portion of Trump’s campaigns had been focused on growing U.S. oil-independence and reducing dependence on other countries. In 2017, under the Trump presidency, the United States exported more natural gas than it imported in that year. This would be the first time since 1957 that the nation has been a net-neutral gas exporter, according to the U.S. Energy Information Administration (EIA).

“Most of the debate has been focused on fracking, saying that it is good for the climate because it’s ‘replacing coal and that’s good for emissions,’” Gilbert said. “The problem is that it’s also producing oil, which isn’t reducing anything.”

Outside of emissions, shale gas production increases the consumption of fresh water, can induce earthquakes due to the chemical additives in the liquid used, as well as cause potential ground and surface water contamination and impact air quality, as outlined by the U.S. Department of Energy.

But, climate scientists are also worried about the financial side of the trade-off between fracturing for natural gas versus more clean and renewable alternatives.

“Thirty to 40 years ago, coal might have been the cheapest way to make power, but that’s just not true anymore,” said the Senior Press Secretary of the Washington State chapter of the Sierra Club, Caleb Heeringa.

In a recent report conducted by the EIA, it was found that average U.S. construction costs for solar and wind generation have continued to decline: the costs of solar fell 50 percent, while the costs for wind fell 27 percent from 2013-2018.

Heeringa and Gilbert agreed in separate interviews that the greatest challenge to effective climate action is passing policies through Congress — although both mentioned they’re hopeful local and state governments will continue to take action.

In Washington, about one-third of houses rely on natural gas to heat their households. But, the state is also home to the largest hydroelectricity power plant in the nation, which could allow for a solid “decarbonizing” base for the transition to clean energy.

“The stakes at the national level are higher and there is a continuing perception that benefiting the environment will hurt the economy, and, as long as you do that, people think that you won’t [be benefiting] them,” said Gilbert.