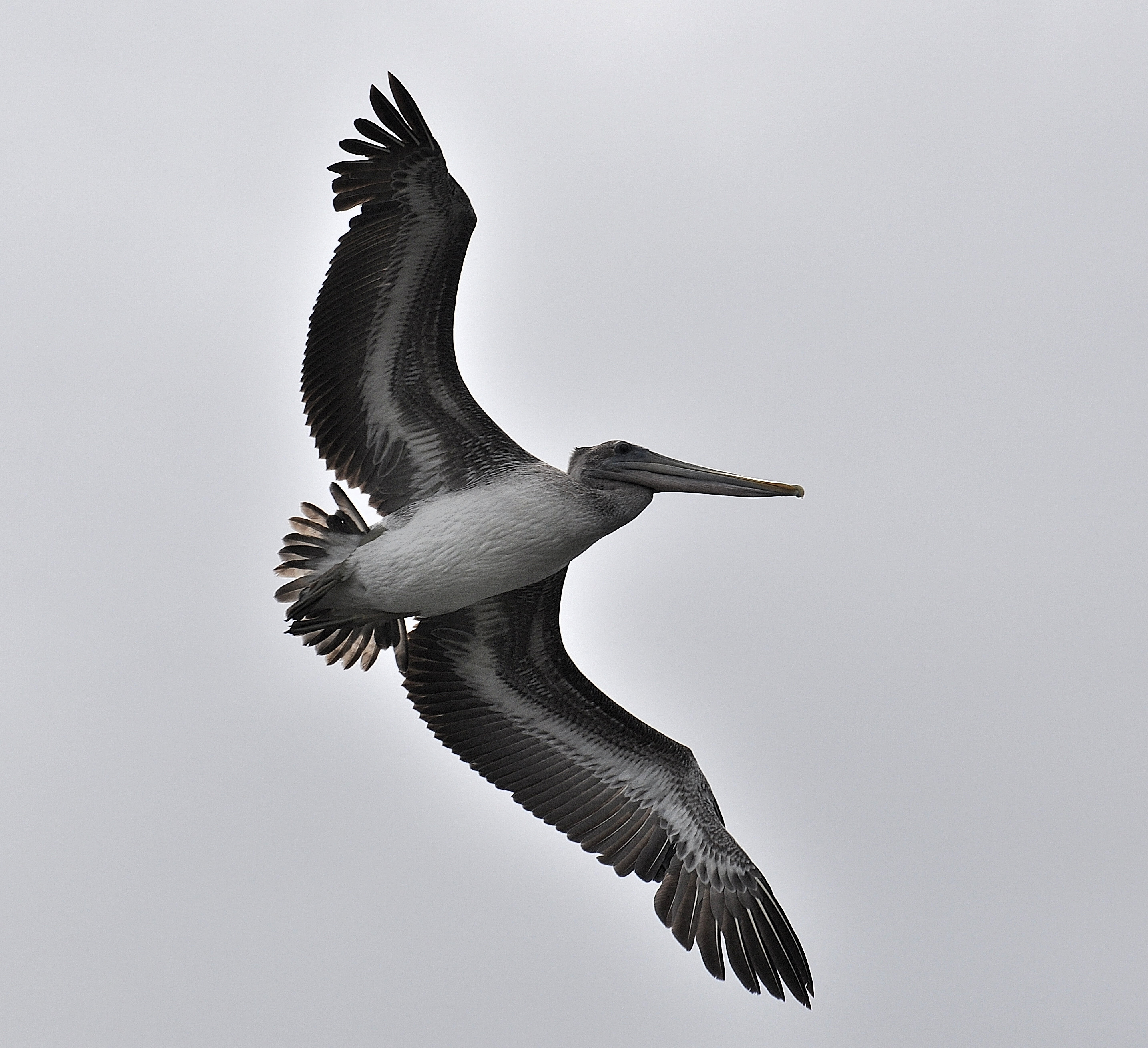 It was with great anticipation that I finally changed my calendar to September to begin the countdown to my getaway for a week to Washington’s southwest coast. My anticipation was heightened by the stream of reports of large numbers of birds beginning their southbound migration toward the end of August. This trip was to be the reverse of a trip that I took to the same area in April of 2017 when I met the same birds heading north. This year’s April trip was put on hold due to a broken leg, but that’s another story for another column … perhaps something about the hazards of birdwatching.

Day one proved to be a nice transition into vacation mode since I chose to slow down and take the ferry to Port Townsend as opposed to the frantic pace of struggling through Seattle on the I-5 corridor. I just couldn’t imagine starting the day as part of an awful commute. Initially, I had thought to blaze through Seattle on Day one because I wanted to hear the ocean. It dawned on me two days before departure that there was no need to hurry since my campsites for the first three nights were reserved. I knew that many campsites would be available after the weekend crowd left for home, so the last two nights would be fine.

The destination for my first day on the road was the Twin Harbors State Park, south of Westport. My plan was to spend most of the first two days exploring the area and focusing on the dynamic energy of the marina at Westport. As busy as the waterfront is with commercial and sport fishing at the forefront, the protected harbor is a magnet for many birds. As always, I was not disappointed. I had immediate sightings of brown pelicans, marbled godwits, Heermann’s gulls, and, most notably, a red-throated loon which was changing into winter plumage. Caspian terns were actively searching for fish throughout the day, always emitting their inimitable calls.

On day two, I was on the road early for Tokeland. The harbor in this fishing community is considerably smaller than Westport, but has become almost legendary in birding circles. Because of its location, the marina area provides sufficient food and shelter for the larger shorebird species, such as godwits and curlews. I didn’t see any curlews, but more than a dozen willets and an equal number of marbled godwits made up for it. My biggest surprise there was a most accommodating green heron that allowed me to take as many photos as I wanted without leaving its peaceful perch. These birds tend to be a bit skittish around humans, so I was pleased.

After Tokeland, I headed back to Westport for the remainder of the day, and, despite occasional rain squalls blowing in, it proved to be a delightful day. I enjoyed viewing more pelicans and a lone common murre, a bird that usually frequents the open ocean, more so than inner harbors. Aside from the birds, one of the great sounds in the harbor at Westport comes from the sizable gathering of sea lions at the end of one of the floats in the commercial fishing section. They occasionally move from one float to another, but you have only to listen for their loud barking and they’re easy enough to find.

Another early departure on day three took me to the mouth of the Columbia, considered by many to be the great river of the west. This turned out to be the rainiest day of the entire week. It was raining so hard at Dismal Nitch that I could barely see long bridge that leads to Astoria, Oregon. Dismal Nitch has its place in the lore of Lewis and Clark’s Corps of Discovery, since this was the spot of their last encampment in 1805 before sighting the Pacific Ocean. As hard as it was raining on the day I stopped there, I could only imagine how dismal it must have been for them. This part of Washington is deeply entwined with the history of Lewis and Clark, and is worth looking into, if only to appreciate the hardships they must have endured at the end of their quest. 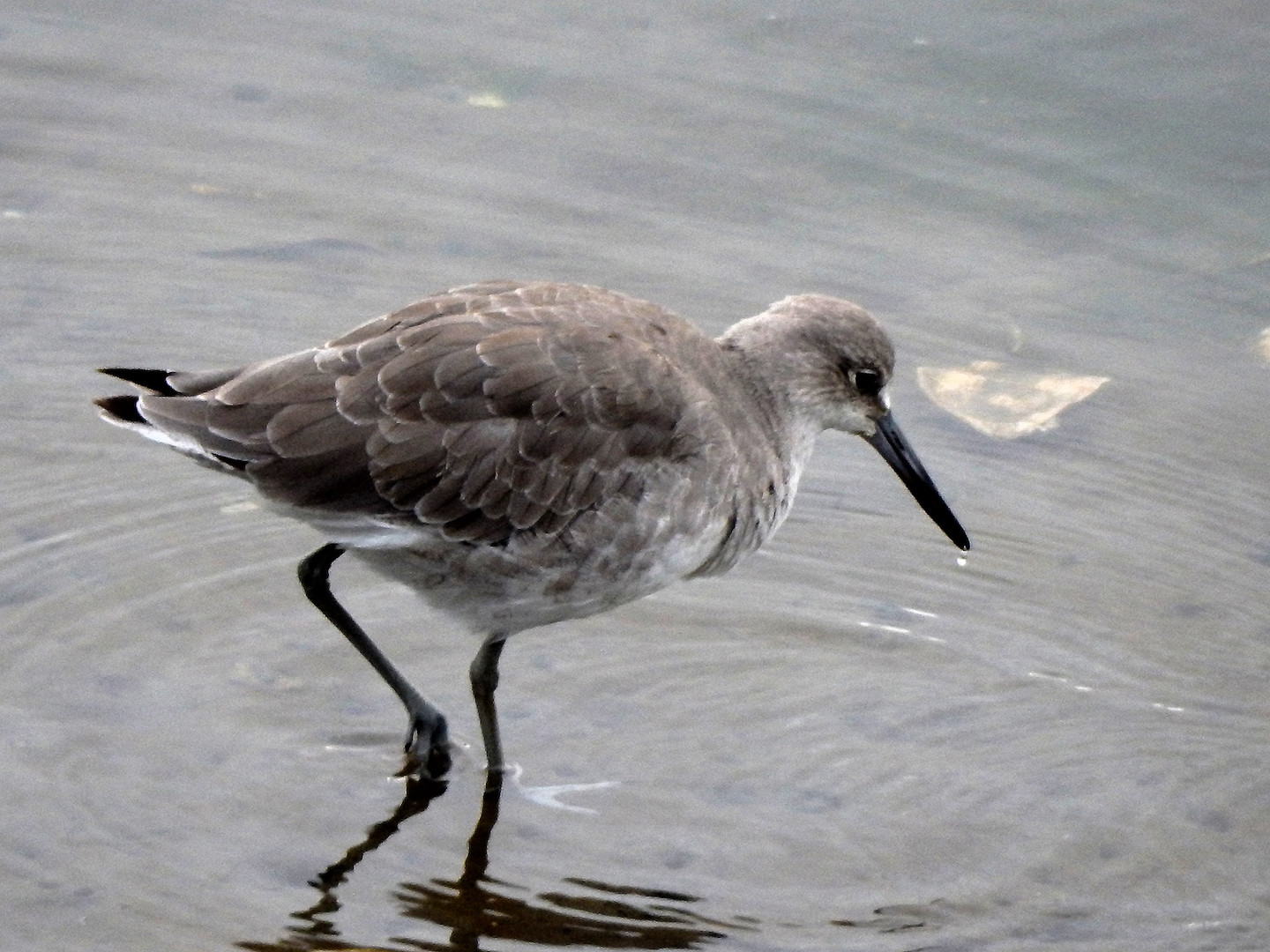 After my rainy stop at Dismal Nitch, I continued my own quest, through Chinook and into Ilwaco for a real breakfast. These small fishing communities at the mouth of the Columbia have a distinctive feeling about them. Sunny days are at a premium on this often rain-soaked and fog-enshrouded part of the coast, so everything has a weathered look, the kind that comes only from years of exposure to the elements. The pace is a pleasant alternative to any other place I’ve experienced in the state, and the distinctive aroma of the ocean permeates the small towns. I also had the pleasure of observing a long-billed curlew outside the marina breakwater at Ilwaco.

Ilwaco is the gateway to the Cape Disappointment State Park and its storied lighthouse at the North Head. From the lighthouse you have an unobstructed view of the mouth of the Columbia and the north and south jetties. Nearby is the U.S. Coast Guard installation that houses the legendary sailors that brave the infamous Columbia Bar. This bar is a system of bars and shoals and is about three miles wide where the big river meets the Pacific Ocean, often creating life-threatening combinations of standing waves and wind. Since 1792, about 2,000 ships have sunk nearby, earning the bar the nickname, Graveyard of the Pacific.

For the night, I camped at the state park, which is ideally located for further exploration and magnificent views from the lighthouse and nearby outlooks. The beach at the cape is the southern terminus of the Long Beach Peninsula, most famous as the longest, continuous sand beach in the United States. Notable is the fact that most of its 28-mile length is drivable. This presents a problem for migrating shorebirds and for those who might want to see them. Tucked away at the north end of the peninsula, however, is Leadbetter Point State Park, a protected nesting area for the diminutive snowy plover. The only means of access to the point is by hiking, and the nesting area is well cordoned off to protect the plovers in the spring.

The peninsula proved to be too busy for me, so I took the liberty of adjusting my plans and headed for the north side of Grays Harbor and a night at the Ocean City State Park. We’ve been to this park many times, so it was a familiar place to set up camp for my last night on the coast. Grays Harbor is a large estuarine bay that separates Westport from Ocean Shores. Like Westport, the beaches at Ocean Shores provide ideal locations for viewing a wide variety of birds throughout the year. Springtime is best for the colorful, northbound shorebirds, especially since parts of the beach are closed to vehicular traffic. My favorite place is Point Brown, where the north jetty provides dramatic surf and good birds, like black and ruddy turnstones, rock sandpipers and wandering tattlers.

As time was running out, I decided on an early departure on day five with a goal of making it to the Port Townsend ferry before noon. As luck would have it, mine was the last vehicle loaded onto the ferry. Since I made it to Whidbey Island earlier than planned, time was on my side for a final overnight stop at Deception Pass State Park and an easy drive home the next day. The location of this park and the abundance of trails to explore at Deception Pass are tempered somewhat by the noise generated from the military jets on practice runs. If you plan a visit, take earplugs!

Highlights on day six included a leucistic California quail at Rosario Beach and a great egret at March’s Point near Anacortes. In all, my week on the road was filled with busy days and deep-sleep nights — the variety of weather and birds, combined with historical stops along the way to maintain a healthy interest. William Least Heat Moon had his “Blue Highways” but the Olympic Peninsula provided me with some of the loneliest blue highways in the state. Place names like Dosewallips, Humptulips, Duckabush, and Hamma Hamma, however, were amusing distractions to keep my mind busy. The slow-paced and scenic road home along Chuckanut Drive was perfect for reentry.
_________________________________