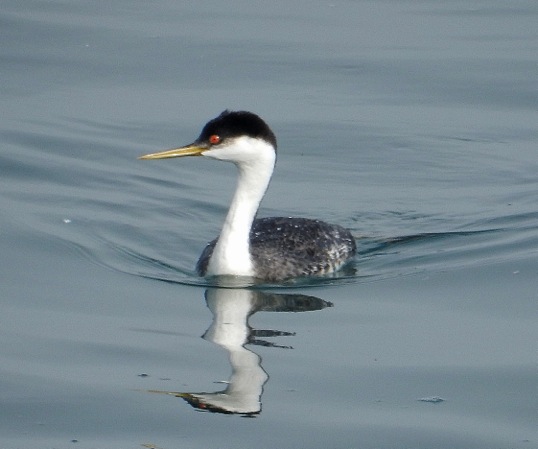 From my own experience, I have a select list of places I’ve been where the birding was, and hopefully still is, spectacular. The short list ranges from the Ding Darling National Wildlife Refuge (NWR) on Sanibel Island in Florida to the Bosque del Apache NWR in New Mexico; from Point Pelee, on the shores of Lake Erie in Ontario, to the Sacramento NWR in central California. The sheer numbers of birds have always stood out in all of these refuges. Of course, this comes from someone who grew up in southwest Louisiana on the convergence of the Mississippi and Central Flyways. While these places all require a bit of a drive, we are blessed to have a premier birding site right here in Whatcom County.

The George C. Reifel Migratory Bird Sanctuary on Westham Island in lower British Columbia is a world-class bird watching site. I’ve spent quite a bit of time there, but I often balk when I think about the drive and the two border crossings. The northbound crossing into Canada is always a breeze, since I leave early. The southbound leg, on the other hand, is always later in the day and the delays can be lengthy. The easy answer, of course, is to stay closer to home and bird at one of the premier sites for winter birding in the Northwest…the biologically rich area of Blaine, Birch Bay, and Semiahmoo. I was reminded of the treasure we have close at hand on a Valentine’s Day trip I made this year.

Since October, many birds have migrated from their northern and eastern nesting grounds and settled into the protected waters of Semiahmoo Bay and Drayton Harbor for the winter. The overall numbers of numerous species continued to build through late fall and winter. As we leave February and enter into March the real show begins. In previous years I’ve waited for the annual gathering of large numbers of Pacific loons, seeing this as the real indicator of seasonal change. I was not disappointed this year when I saw three separate rafts of loons feeding and moving into the channel between the Semiahmoo Spit and the Blaine waterfront. I estimated that as many as one thousand loons of three species were in the area at the time.

While there were good numbers of common and red-throated loons, they were far outnumbered by their Pacific cousins. These loons traditionally travel in large flocks during the winter with individual counts often exceeding one thousand birds. When the herring runs between Cherry Point and Semiahmoo were healthy, the Pacific loons followed them as they moved into Birch Bay to spawn. On the south end of Birch Bay in the good old days, it was common to see masses of loons and other birds enjoying nature’s bounty. Alas, those days are past, and that makes the return of the loons more special.

Loons always seem to be a highlight for me but this area would still be special with only half the number of these diving birds, considering the other birds that winter in this vast ecosystem in northwestern Whatcom County. The estuaries of California and Dakota Creeks feed into Drayton Harbor and Semiahmoo Bay. Terrell Creek flows into Birch Bay north of the state park and delivers similar nutrients into the bay. These protected waters are ideal for numerous species of waterfowl including sea and bay ducks like scoters and goldeneyes. The long-tailed duck, one of the deepest diving ducks, is a major attraction for birdwatchers in the winter.

Shorebirds also frequent these cobble beaches and breakwaters just south of the Canadian border. Dunlin, sanderlings, black turnstones, killdeer, black-bellied plovers, and black oystercatchers often forage along the tide lines, wing to wing. These same shorebirds unwittingly attract raptors like peregrine falcons, merlins, and Cooper’s hawks. The evasive maneuvers of shorebirds fleeing predators are often awe-inspiring. Bald eagles seem to oversee the entire operation throughout the area. On Semiahmoo Spit last fall, I observed an eagle trying to pirate a kill from a peregrine falcon. It was quite the chase to watch, but the falcon did not relinquish its meal.

There are very few places where you can observe three species of loons, three species of scoters, five species of grebes, along with cormorants, mergansers, dabbling and diving ducks, all in one place. Added to the spectacular numbers and variety of birds are the amenities available to all users. Restaurants are plentiful, trails are geared for handicap access, and there’s plenty of elbow room so you never feel crowded. Premium bird watching destinations don’t have to be far from home to be exciting. This little corner of Washington state is close enough for an easy day trip − any day of the year.
______________________________________
Joe Meche is a past president of the North Cascades Audubon Society and was a member of the board of directors for 20 years. He has been watching birds for more than 60 years and photographing birds and landscapes for more than 40 years. He has written over 160 columns for Whatcom Watch.