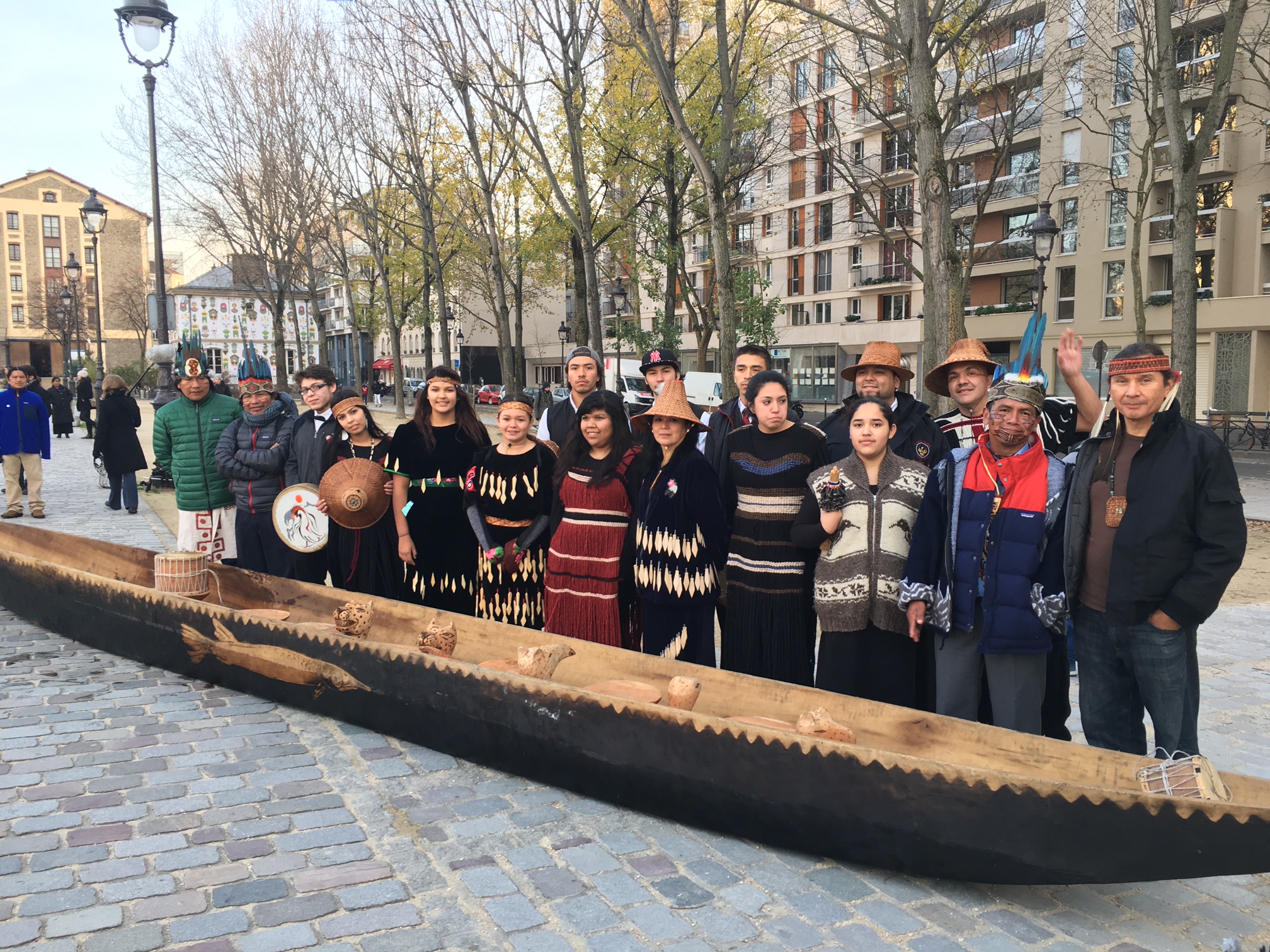 Indigenous Leaders from around the world gathered on the Seine River for a proclamation of the first regional marine sanctuary off Panama, inspired by the Salish Sea Marine Sanctuary. This event was one of the “Paddle to Paris” events during the COP 21 Summit.

Of the 29 chapters of the TPP, only five deal with traditional “trade” issues; the remainder affect “non-tariff barriers,” such as our right to food labeling, right to affordable life-saving medications, right to internet access and protection from predatory banking among others. The Intellectual Property chapter grants “evergreening” of extended patents to drug companies that inhibit cheaper generic medications. Extended copyrights to tech companies could send you to prison for “pirated” online materials. U.S. workers could be forced to compete with 65 cents an hour standard wages in Asia, while touted “labor standards” are only “suggestions.”

Corporate Advisors Craft a Deal
The public needs to be aware that this is much more alarming than we even guessed from leaked chapters during the highly secretive negotiations. The text was written by 600 corporate “cleared advisors,” coordinated by the U.S. Trade Representative Michael Froman, who was paid $4 million to take this job, by former employer Citigroup.
According to Lori Wallach, Harvard Law School trade specialist and chair of Public Citizen’s Global Trade Watch, this new agreement nullifies previous environmental standards achieved even during the Bush years, and most of those were unenforceable.

he Investment chapter creates the ISDS (Investor-State Dispute Settlement) system that allows foreign corporations to sue our government for “lost profits” if they perceive our protective laws to be a barrier to their right to sell products in our country. TPP would open us up to 9,200 foreign firms newly empowered to use ISDS against the United States,  and we now see the threat of a $15 billion lawsuit from Trans-Canada over the KXL pipeline ban.