Editor’s Note: This article was originally published in the Encyclopedia of Puget Sound. 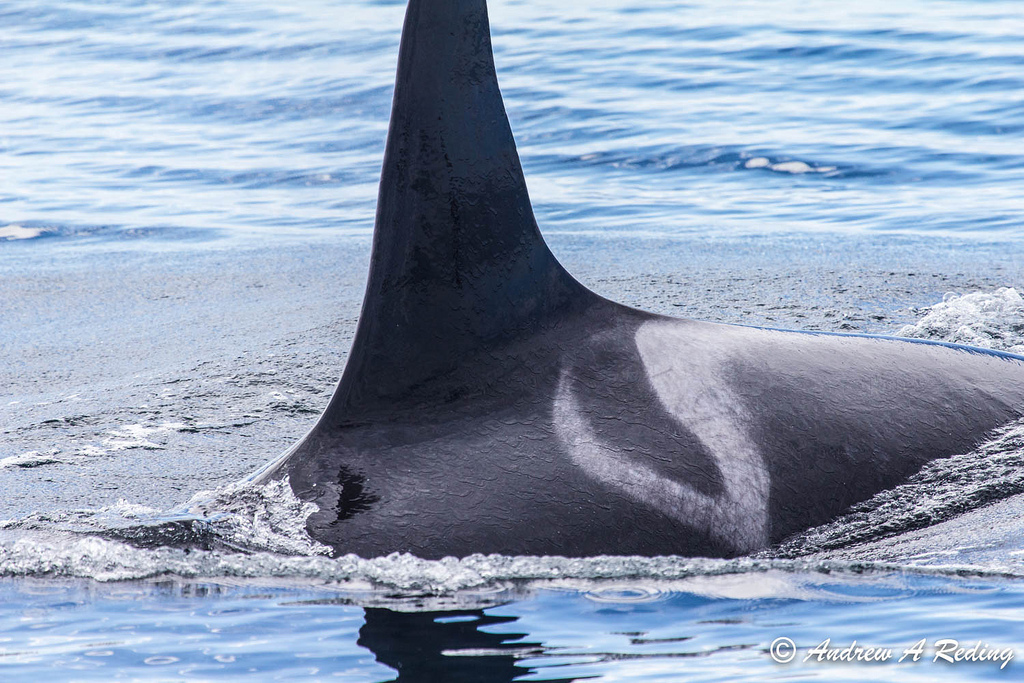 Understanding the social networks and family bonds of Puget Sound’s southern resident orcas may be critical to keeping the endangered whales from extinction. A healthy population is about more than numbers, scientists say. It’s about connections.

A boy needs a mother: a universal proposition, but one that’s even truer for some creatures than others. Take the southern resident orcas of Puget Sound. Among these whales, both males and females stay with their mothers for their entire lives — an arrangement almost unheard of in the animal kingdom.

These tightly bonded families travel together, forage for salmon together, and are rarely out of contact for more than a couple of hours. And so, when a southern resident known as L32 died in the summer of 2005, her 13-year-old son L87 went looking to fill the mom-sized hole in his life.

Soon, L87 was consistently spotted with an older female known as K7. She was born around 1910, and had two sons of her own, scientists think. But they had died years before; perhaps L87 filled an empty space for K7, too.

It wasn’t to last. K7 died sometime in the spring of 2008 and the pattern continued. L87 stayed with K7’s larger social group, but in 2011 he seems to have gone looking for yet another mother figure, attaching himself to a nearly 80-year-old female known as J8.

She too passed away two years later, and L87 began swimming with J2, also known as “Granny,” then the oldest of all the southern resident orcas. Since she disappeared in late 2016, L87 has been traveling with a 40-something whale known as J17 and her multigenerational family.

L87 is one of only 75 of Puget Sound’s endangered southern resident orcas. But as his story shows, that population’s survival isn’t just about numbers, it’s about relationships. Mounting evidence suggests that understanding the whales as individuals with valuable and specific roles in their social world will be key to saving the southern residents as a whole.

“If we lose an individual whale out of the population, it’s not just that whale we’re losing,” says Monika Wieland Shields, president of the Orca Behavior Institute. “That’s going to have a ripple effect throughout their family group.”

Six Degrees of Cetacean
L87’s story, and the current scientific view of southern resident orca society as a whole, is the product of rapt attention sustained over the course of decades.

In the early 1970s, Canadian biologist Michael Bigg pioneered a technique known as photoidentification in his studies of killer whales off the British Columbia coast. The method is now a mainstay of research on whale and dolphin social life, and noninvasive studies of other wild species. Scientists use distinctive markings to identify individual animals — in the case of orcas, the appearance of the dorsal fin and saddle patch, a pale gray marking on the whale’s back.

Bigg and Canadian colleagues including John Ford, as well as American Ken Balcomb, applied the method to killer whales in the Salish Sea. They assigned each whale an alphanumeric code and tracked who was seen with whom over time.

Early on, this work yielded the surprising insight that Puget Sound has two entirely separate populations of orcas — the mammal-eating transients and the salmon-eating southern residents — that never intermingle and scarcely even interact. (Another group of salmon-eating whales, the northern residents, is found in Canadian waters.)

By now, there are thousands of records chronicling where individual southern resident orcas went, what they did, and with whom over the past 40-odd years.

Such studies show that overall, the southern residents are a tight bunch. “Every individual has connections with a lot of other individuals,” says Michael Weiss, a field biologist with the Center for Whale Research in Friday Harbor and a graduate student at the University of Exeter in the UK. “Even though their strongest relationships are within their matriline, they have strong connections with non-matriline pod members, and even fairly strong connections outside of the pod.”

Fraying Links
But ecological stresses can strain and weaken those bonds. The social network is less interconnected in years when salmon are less abundant. And the three pods were less cohesive during a previous period of population decline in the mid- to late-1990s.

The latest records haven’t yet been analyzed in this way, but scientists who study the whales say they’ve seen similar trends as the whales have struggled in recent years: pods splitting up into single, pairs, or trios of matrilines, and fewer whales together at a time.

“There’s just not enough food to support them in any one area if they’re all together,” says says Deborah Giles, a killer whale biologist with the University of Washington Center for Conservation Biology and science and research director for Wild Orca.

“Superpods,” events in which all of the whales from all three pods come together, are also less frequent, says Orca Network director Howard Garrett. He likens these gatherings to a “barn dance,” featuring “a lot of breaching and tail slapping and rolling over and flopping on top of each other,” and “dozens of conversations going on at once.”

These days, the whales spend more time traveling and less time foraging than they did 40 years ago, suggesting they’re doing a lot of searching for food and not much hanging out and feasting. One thing that hasn’t changed: the whales spend just as much time socializing — albeit in smaller groups — as in the past.

That suggests Puget Sound might be culturally important to the whales as a meeting place, not just a foraging ground, Shields thinks. Still, fractured pods and fewer superpod gatherings could affect opportunities for mating, bonding, and information sharing throughout the population, she and other scientists say.

Large Adult Sons
Social network analysis is also revealing vulnerabilities for individual orcas. For example, adult males who are on the fringes of their social network are at greater risk of dying than males who are more central. And this pattern, too, is more pronounced in years when salmon are scarce.

Researchers believe this phenomenon is linked to the whales’ habit of sharing food with their social connections. Male killer whales are larger than females, and need more salmon to sustain themselves, so they’re especially reliant on shared food.

And the most important source of shared food for a male orca is his mother. The death of his mother increases an adult male’s own risk of dying by eight times for the next two years.

That finding makes L87’s surrogate-mother-seeking look like a savvy survival strategy. It may also explain the recent struggles of K25, a 28-year-old male who appeared emaciated last fall.

K25’s mother died in 2017. He has one sister with a 15-year-old son; his other sister has an 8-year-old son and is currently pregnant — so they’re unlikely to be able to share much with their brother.

“Right now he is in that danger zone,” Weiss says of K25. “I’m not really surprised that he’s looking ill.” Fortunately, more recent sightings suggest that K25’s condition is improving — suggesting that he’s found his new place in the pod.

Female orcas share salmon with their adult sons often, but with adult daughters less so. For a mother orca, that investment may be a good strategy for passing on her own genes. According to National Marine Fisheries Service geneticist Mike Ford, a genetic analysis of the southern residents showed that just two of the largest, oldest males — J1 and L41 — fathered more than half of the babies born between 1990 and 2010.

“That’s what we want with our males, is [for them] to get big and old,” Giles says. And family ties are key to that happening.

Sarah DeWeerdt is a Seattle-based freelance science writer specializing in biology, medicine, and the environment. Her work has appeared in publications including Nature, Conservation, and Nautilus.