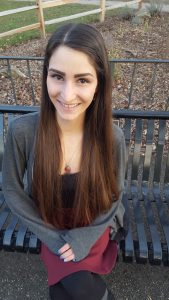 Shelly Grant, a Washington native, moved to Bellingham to attend WWU. She graduatedwith a degree in communication and a minor in creative writing. She stayed after graduation because she feels at home here, likes the people, the culture and the environment. She works full time at a healthcare equipment firm. 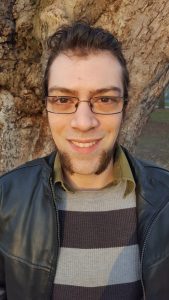 Dominick Manetti was born in Pennsylvania, and moved to Wenatchee with his family when he was 12. He moved here at age 18 in 2006, appreciates the consciousness of the community and feels like this is his spiritual home. He has worked at the downtown co-op for the past six years. A year and a half ago these two friends established a nonprofit, Cascadia Volunteer Advocacy, and volunteer in their spare time to assist the homeless in our community

Kathryn Fentress: How did the idea for this project come about?
Shelly Grant: We have known each other for the past six years, but this last year we began to discuss our mutual interest in doing some work in the community.

Dominick Manetti: I originally had the idea of creating a hub for volunteer organizations and then found out the Whatcom Volunteer Center was already in place. So, looking more closely at the marginalized populations in our community, we decided to focus on the homeless. I think their challenges represent a place where the social justice issues of racism, homophobia, poverty, mental illness, etc. all come together.

Shelly: The homeless are at the intersection of all systemic issues.

I understand that both of you were homeless earlier in your lives. How did that come about?
Shelly: Long story short, the end of college brought on some rough times. I had an epiphany and realized I wanted to change my life and how crucial a support network is. The help of family and friends helped me move through the challenges and appreciate how precious life is. Now I am giving back some of what I received.

Dom: My family was very poor living in coal mining country. After my parents divorced, my mother moved us out here to be close to her father. Then my mother got in over her head with finances and had to move in with some friends. The friends were very strict Christians, and I did not feel welcome as I had just come out as bisexual. I was 14 and became homeless for about a month until a good friend’s family took me in. When I was 18, I was homeless for about two years. I traveled around surviving on odd jobs. I was looking for something that would be meaningful and finally began to realize that fulfillment comes from inside us. About that same time, I remembered how comfortable I felt when l lived here. I came back here with $1,200 in my pocket and was homeless about three months at the end of 2006.

Where did you stay at night?
Dom: I took the bus and rode trains a lot. Someone gave me a piece of advice when I was younger. He told me that anytime you go to a new town, you will always find a poet, an activist or an artist to take you in. So, I employed that strategy when I was traveling. When I first came back here, I would do butler duties or cleaning for friends. I had the privilege of being physically able and healthy and could work two jobs and save up money very quickly.

Shelly: I stayed in motels and cars and did some couch surfing. I never felt safe, never got much sleep. Cars have locks but anyone can break a window. Motels have lots of sketchy people. I didn’t sleep under a bridge, but I do understand how terrifying it is to be homeless. I felt trapped and stuck. The longer someone is homeless, the worse the fear becomes, even for healthy people. If a person is mentally ill, their symptoms are exacerbated. I was also afraid, because as a woman, homeless women face additional challenges.

Dom: Living on the street causes mental health issues. Like people in prison for a long time, the homeless suffer from sleep deprivation, malnutrition and stress disorders from living in a dangerous social environment. At the same time, the homeless are also stigmatized by society at large. A lot of people think that the homeless are just lazy or feel entitled, or drug addicted. Once you fall into homelessness, it is very hard to get out.

What is the specific focus of Cascadia Volunteer Advocacy?
Shelly: Our mission statement is to promote harm reduction, survivability and resiliency for the street community and their advocates using compassionate social interactions as our basis. One of the main things we do is host community dinners where homeless people can eat for free. The co-op has been very gracious in allowing us to use their space to host these events. We also pass out care packs with socks and hygiene necessities to people on the street. We were incorporated on December 12, 2015, and can now buy supplies at wholesale prices. A very crucial part of our project is the compassionate social interaction when we are feeding them and providing a care pack. We always try to have a conversation, engaging on a human to human level.

How are you received?
Dom: Very well for the most part. After being on the street for a while, many are resistant to aid, or suspicious of the motives. Some of the efforts to help are religious in nature and require some participation in prayer meetings or some form of religious instruction. Some of the time, homeless people are nervous, wondering if our services come with obligations. The rest of the time, the people are open and appreciative. One person thanked us and told us he hadn’t had a conversation with another human being in days. We have advocates who are on the street every day just talking to people and checking in with them.

Do you train your volunteers about the risks on the street?
Dom: We use the buddy system, going out in groups of at least two.

Shelly: We also encourage our volunteers to use street names to protect their identities. We don’t go to the camps after dark and avoid dangerous areas. We have 10 regular solid volunteers out connecting with the people in the street. We get a lot more volunteers for the dinners.

Dom: We have a volunteer meeting once a month. Most of us were homeless in the past and want to give back. Our lead advocate had been homeless and helping others for the past 10 years. She finally got a house herself a year ago.

Shelly: I have noticed that many people with social work degrees understand homelessness from an academic perspective and have little first-hand experience with homelessness. There are gaps in the services in the community. In the future, we would like to assist more actively in helping the homeless fill out paperwork, for example. For now, we hope the positive experiences we provide will empower them to pursue more aid.

Seems like you two are in unique position to help educate care providers from your direct contacts.
Shelly: we have had some contact with the Opportunity Council and the Homeless Coalition. We are somewhat hampered in that we both work days and can’t often connect with the workers who work during the day. Every time we share, we are told we have such an interesting perspective on homeless outreach.

Dom: The understanding of what causes homelessness is outdated.

Shelly: There is also the assumption that there is something inherently wrong with homeless people, whereas we are coming from a point of view that homelessness is a systemic issue. We are trying to educate the community that there is a system in play that is working against all of us. We are all affected by this dysfunctional socio-economic system.

Dom: Housing First is a very important housing model. Utah tried this approach and have reduced homelessness to zero. Once housing is in place, a positive social community can facilitate help with challenges the individual faces.

How do you stay positive?
Shelly: Handing out our care packs is my favorite thing to do. Sometimes folks don’t want to talk, but many of them open their hearts and the appreciation is so wonderful to receive.

Dom: I have a very strong community of friends and family to support me when I go through a tough time or after doing intensive outreach.

Shelly: We are both very empathetic and hear really traumatic stories when we are on the street, so we need to release and decompress to keep us charged.

Dom: I am actually inspired by the community, because so many are generous and creative. They are survivors.

Shelly: One time, while giving out care packs to a couple of women, I admired one woman’s nail polish. This nail polish was really all this woman had, and she offered it to me.

Dom: I have witnessed many instances of generosity between homeless people, sharing a last cigarette or bit of food. There are also homeless women, known as “street moms,” who help take care of street kids, and I find that really inspiring.

What could any of our interested readers do to help out?
Dom: I recommend folks educate themselves about systemic oppression, and then have conversations to educate others. Contact government representatives. Find coats in your closet and take them to the Opportunity Council or food to the Food Bank. Try offering a smile to a homeless person in passing, making a person to person connection.

Shelly: I really want to eliminate the stigma; I want people to understand that our current system forces people into poverty and homelessness. I want people to say hello or smile, which can make all the difference. We can always use more volunteers or donations, and a list of care pack supplies are on our GoFundMe page https://www.gofundme.com/CVA_Bellingham.

Kathryn: Thank you Shelly and Dom for your fine work with the homeless and offering us some new perspectives on the issues.