Protecting the Environment for the Next Seven Generations 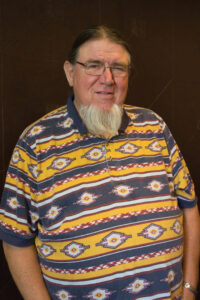 Every generation owes it to the next seven generations to protect the environment.

At the rate populations are growing and the climate is changing, it’s getting harder and harder to be optimistic about what will be left for future generations. Last year, we saw salmon and shellfish die before our eyes as a result of record-breaking temperatures in the Pacific Northwest.

In her last Being Frank column (September 2021 issue) before she passed away last year, NWIFC Chairperson Lorraine Loomis wrote: “We’re all paying the price of a steady decline in the ecosystems that sustain us and our economies. Tribes are facing immediate loss of our treaty-protected rights to fish, hunt and gather.”

Lorraine’s life’s work — like Billy Frank Jr.’s and like mine — was to fight to protect those treaty rights. Lorraine was a fierce advocate for the restoration of salmon and shellfish populations to harvestable levels for all tribes.

She also was fisheries manager for the Swinomish Tribe, where one of her long-term goals took shape last month on the shore of the Kukutali Preserve.

Lorraine’s grandson Tandy Grossglass placed the first rock to form the foundation of a clam garden, a traditional practice that dates back thousands of years. It is the only known modern clam garden in the United States.

As the tribal community tends to the garden over time, broken shells, sediment and gravel will fill in a terrace behind the wall, increasing the space where first foods such as clams, oysters, sea urchins, crabs and kelp can thrive. A generation from now, there could be harvestable amounts of shellfish on Kukutali.

This endeavor is an example of the way tribes look to traditional knowledge when planning for the next seven generations.

The clam garden is part of the Swinomish Tribe’s larger climate resilience strategy. In 2009, a climate impact assessment found that the reservation’s traditional shellfish harvest areas, such as those on Kukutali, were at risk of permanent inundation and potential loss.

Thousands of years ago, tribal communities used clam gardens to increase local food security and were able to modify the system to adjust to changes in sea levels. Increasing biodiversity also leads to a more resilient ecosystem, and the decomposing shells could help shellfish survive increased ocean acidification.

Tribes are leaders in climate science, we always have been. Our traditional knowledge benefits everyone. Our 2016 Climate Change report outlines our work to prepare for the inevitable by developing adaptation and mitigation plans.

We need more allies like U.S. Interior Secretary Deb Haaland, who visited my tribe on the Quinault Reservation after last year’s heat wave, saying, “As our coastal communities face the increasing threats of rising seas, coastal erosion and storm surges, our focus must be on bolstering climate resilience.”

During the lowest low tides of the hottest days of the 2021 heat dome, tribal shellfish biologists were among the first to report the deadly impacts — shellfish were being cooked alive on the beaches.

Biologists from the Swinomish, Jamestown S’Klallam and Skokomish tribes partnered with the University of Washington and others to analyze the damage in real time. In the publication of the results in the journal of the Ecological Society of America, it was noted, “Were it not for these observations, expertise gained over many years, and stewardship since time immemorial, this project would not have been possible.”

The heat dome was yet another warning sign that we can expect more frequent extreme heat events, leading to shellfish deaths like these, as well as the mass salmon die-off that we saw on the Nooksack River. More than 2,500 Chinook salmon died before they could return to their hatchery, killed by diseases caused by high water temperatures and low streamflow.

We have not yet experienced the full effects of those mortalities. The high temperatures killed shellfish during a time when they should have been reproducing. The hatchery salmon were on their way to be spawned as part of the Lummi Nation and Nooksack Tribe’s recovery program to bring South Fork Nooksack Chinook back from the brink of extinction. We’ve lost generations of shellfish and salmon because of one extreme heat event.

That’s why climate resilience projects like the Swinomish clam garden are essential. By looking back on thousands of years of traditional knowledge, the Swinomish Tribe is looking ahead to protect shellfish for future generations.