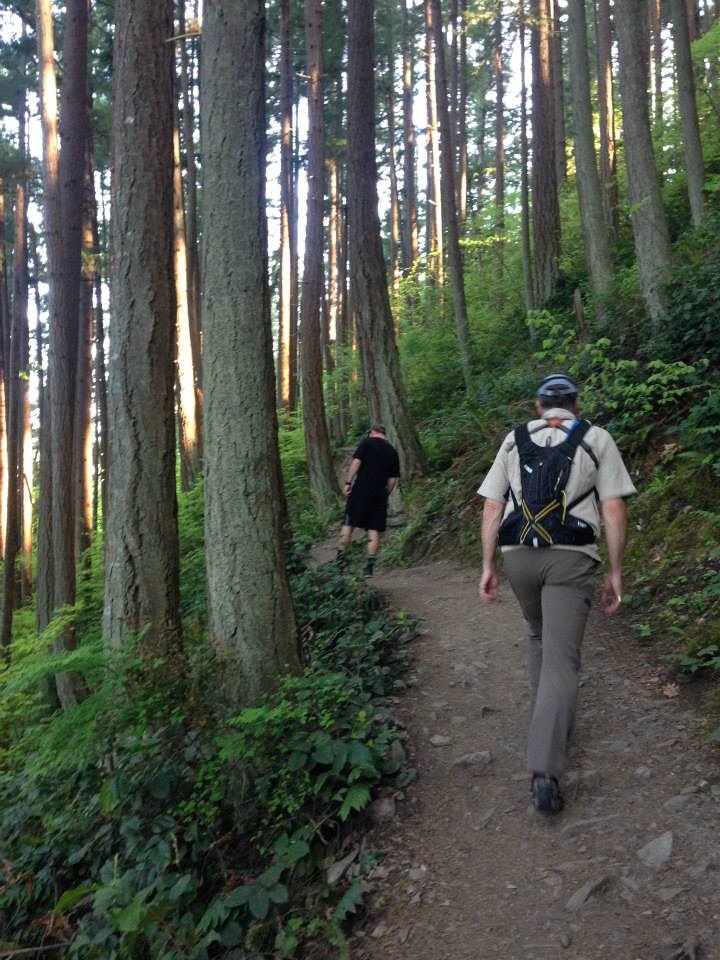 It hurt to hear those words from my daughter almost two years ago, reflecting the buzz among her high school friends and so many in Northwest Washington who love and often visit the western Skagit County jewel that is Blanchard Mountain.

Heart of the Blanchard State Forest in the Chuckanut Range — where the Cascades meet the Salish Sea — Blanchard Mountain is home to Oyster Dome, Lily Lake and other beloved outdoor destinations. As many as 100,000 people from across the Puget Sound region visit each year to hike, mountain bike, ride horses, hang glide and watch wildlife.

But for more than a decade, the core of this forest was on the chopping block.

You see, Blanchard is managed by the Washington State Department of Natural Resources (DNR) as State Trust Lands, with revenue from forestry supporting schools and other services. Since the mid-2000s, our organization Conservation Northwest has been a leader in efforts to conserve this special place while still meeting trust-funding operations.

The legislature also used the process to appropriately rename the area the Harriet Spanel State Forest. Ms. Spanel was a state senator who long served the 40th Legislative District, which includes Blanchard. She led early phases of the effort to protect Blanchard and also secured initial funding in 2007. She also was instrumental in gaining protection for the giant Lake Whatcom County Park and other areas.

Protection Decades in the Making
The story starts a century ago, when Blanchard was privately owned and logged. When the owner was delinquent in paying taxes, the clear-cut land reverted to Skagit County. Taxes on forestland were higher then, so this was common enough that counties ended up with tens of thousands of acres that they had no capacity to reforest and manage. The legislature gave these lands to the state to manage in trust for the counties and junior taxing districts. By the 1990s, the trees were big enough that the DNR proposed timber sales. But by then Blanchard had become a haven for hiking, horse riding, mountain biking, and others who loved the mountain — not to mention habitat for birds and wildlife. A showdown ensued.

In early 2006, I was invited by the Commissioner of Public Lands to be one of 10 people representing diverse stakeholder interests, from the county and timber industry to conservation and recreation, to try to find a path forward. We had, I think, over a dozen all-day meetings before we reached a tenuous agreement late that year. The essence of the Blanchard Forest Strategy agreement was that the 1,600 acre core (of the total 4,500-acre state forest) would gain protection if the value of the timber (over $12.8 million) could be raised within five years. Critically and uniquely, those funds were not to be given to the trusts, but were instead to be used by the DNR to purchase timberland for perpetual forestry, preferably saving those acres from conversion to residential development. The point was to not just protect Blanchard and fulfill current trust obligations, but to also maintain working forestland in the face of urban encroachment.

The agreement had critics on both sides. Some groups felt that more (or all) of Blanchard State Forest should be protected, and they sued. Conservation Northwest intervened in that lawsuit on the side of the state to defend the agreement as responsible and innovative stewardship in the face of a difficult situation. Ultimately, the agreement withstood the challenge. Meanwhile, we went to the legislature for the funds and won $7.7 million in 2007. That was a great start, but it would have gotten more, even perhaps all the needed funds, were it not for the uncertainty caused by the lawsuit.

The next year the economy collapsed, blowing up the state’s budget with it. But the time the economy recovered around 2011, the state was under a judicial mandate to vastly reprioritize funding towards education. The net effect was that annual lobbying efforts to fund the Blanchard agreement were challenging at best. But the stakeholders held together, extended our agreement due to the circumstances, and trudged on year after year to keep the drumbeat for Blanchard booming. Washington Commissioner of Public Lands Doug Sutherland gave way to Peter Goldmark for two terms, and now Hilary Franz (a former Conservation Northwest board member), with all honoring and supporting the agreement.

Heating Up in 2015
Things began to heat up again in 2015. There were legislative field trips on the mountain, postcard and email action alerts, tabling at events, fliers handed out to hikers, short videos produced, and every other form of citizen engagement to keep the issue before legislators. Thousands of people from a variety of constituent groups spoke up for Blanchard. As the extension deadline neared, DNR began planning a timber sale in the erstwhile protected area in case we fell short. The photos of their survey markers near the trail to Oyster Dome were further fuel for those of us working to save this special place.

In 2017 we came close enough, with Blanchard being funded in the Capital Budget bill that the legislature failed to pass due to disagreement over unrelated issues. With Blanchard funding allocated, but the budget stalled, Commissioner Franz opted to delay logging to give us one more chance in Olympia.

The state legislature finally passed a Capital Budget on January 18, 2018, including full funding to save the core of Blanchard State Forest from logging. The iconic trails, forests and habitat around Oyster Dome, Lilly Lake and Samish Overlook will now be preserved for future generations.

A Shared Success
This collaborative agreement withstood so much unforeseeable challenge. Through it all the stakeholders held to their commitments and our elected champions remained supportive. I really don’t believe we could have succeeded in the end had the agreement been different in any way, including protective of more land. We found the sweet spot that allowed outdoor recreationists, conservation groups, school trusts, elected leaders and the DNR to walk away happy.

The final funding was appropriated through the Trust Land Transfer program, and Blanchard was actually the only such project funded this year despite a number of other very competitive projects. Since the TLT program doesn’t fit for the class of trust land that Blanchard represents, the DNR will first have to undertake a land exchange. Plans are in place to do so through the Supplemental Capital Budget and the Department of Natural Resources. Technically the protection won’t be complete until maybe a year from now, but we don’t expect further hurdles to emerge.

Thank you to all the legislators, organizations, recreationists and community members who helped make this success possible.

Mitch Friedman is the founder and Executive Director of Conservation Northwest, a wildlife and wildlands conservation organization founded in Bellingham and active for more than 25 years.