Whatcom Watch would like to thank the Wilkerson family of Bellingham for their generous donation of 35 years of National Geographic magazines. In November, more 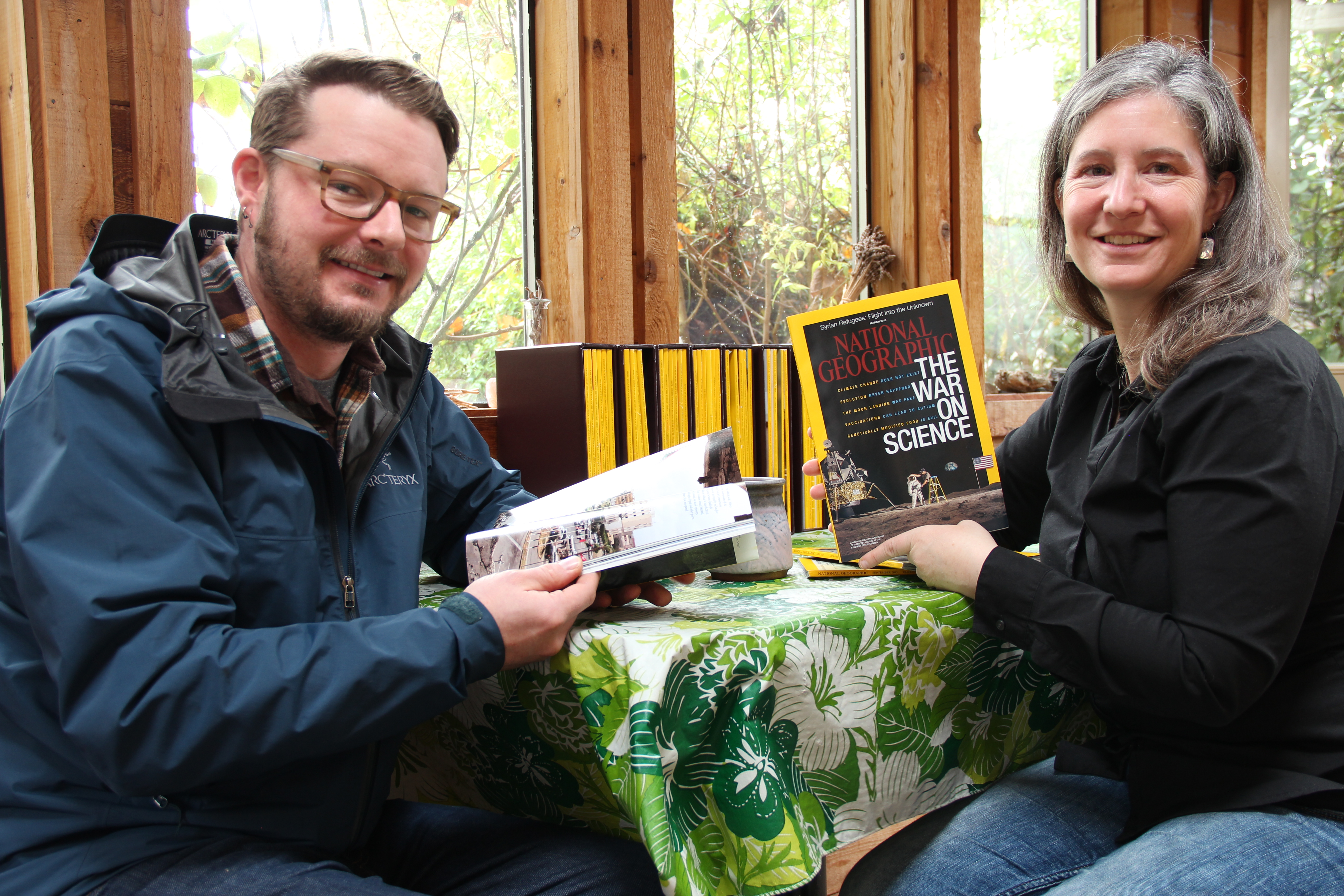 Jon Wilkerson, son of Dan and Kay Wilkerson, put a message on the Columbia Neighborhood e-newsletter maintained by Flip Breskin, announcing that his father wanted to donate his National Geographic magazine collection, started in 1980. In November 2015, Whatcom Watch Editor Jennifer Karchmer met with Jon (see photo), who dropped off 14 boxes of the magazines, all of which are in pristine condition, many with accompany maps and posters. Several special editions are included.

Jon explained that his father Dan, a former environmental planner for the state of Alaska, who is in ill health, wished for the publications to go to a worthy cause so the magazine could be shared with the community. Jennifer decided to hold onto the issues in her home as Whatcom Watch does not currently have a centralized office; volunteers work from their homes publishing the newspaper.

“I was glad to connect with Jon and see this wonderful display of history, in print,” Jennifer said. “It would be great to locate a place where the community could access and preserve the magazines so ideas from our readers are encouraged on where we can keep them for all to share.” 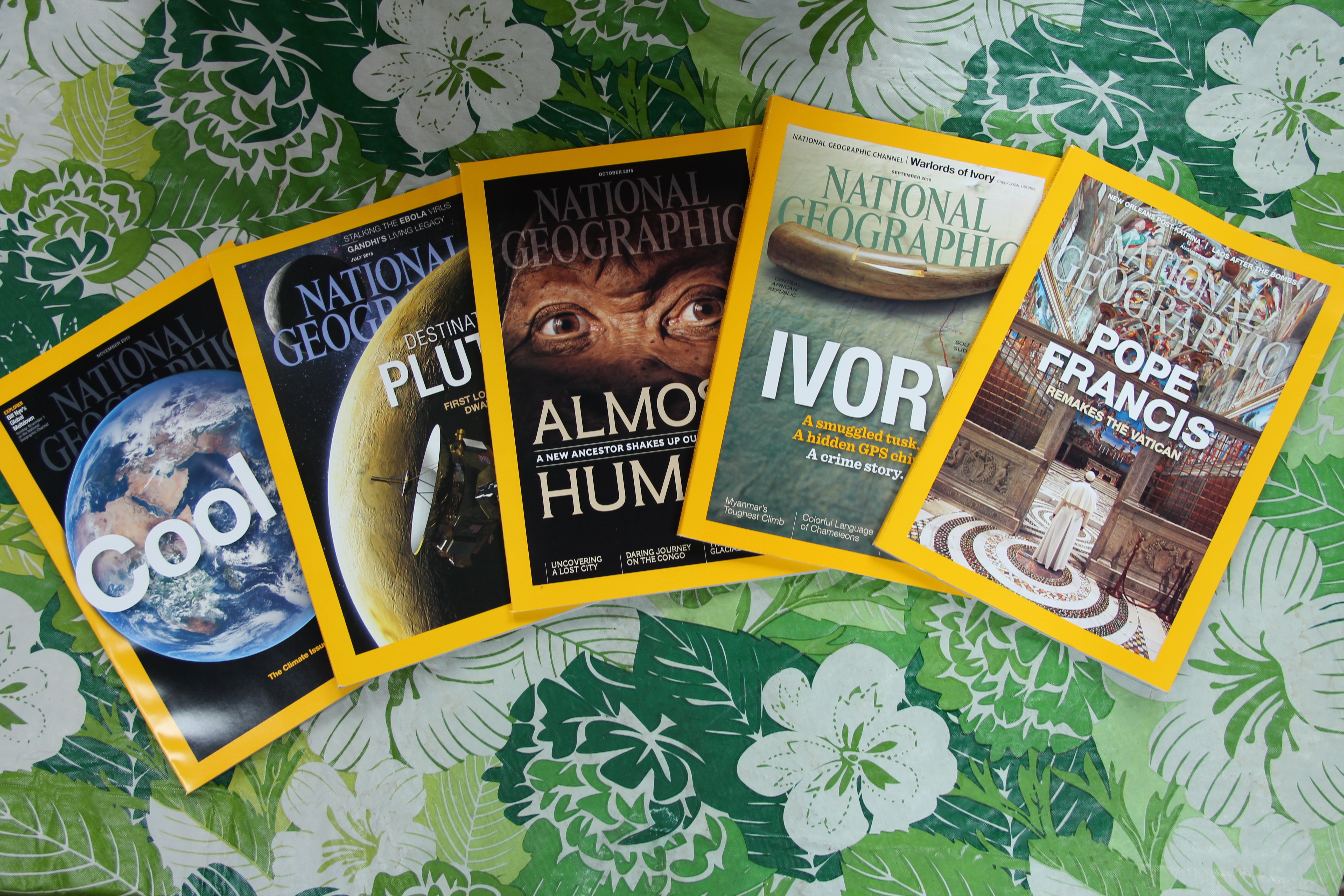 If you have ideas on where to permanently house the collection*, or if you are able to donate any of the missing issues (January to June 1991), please contact the Editor by email at editor@whatcomwatch.org.

*Editor’s Note: as of Feb. 2016, Whatcom Watch received a donation of the January to June 1991 issues from Zachary Scott of Bellingham. Thank you, Zach.