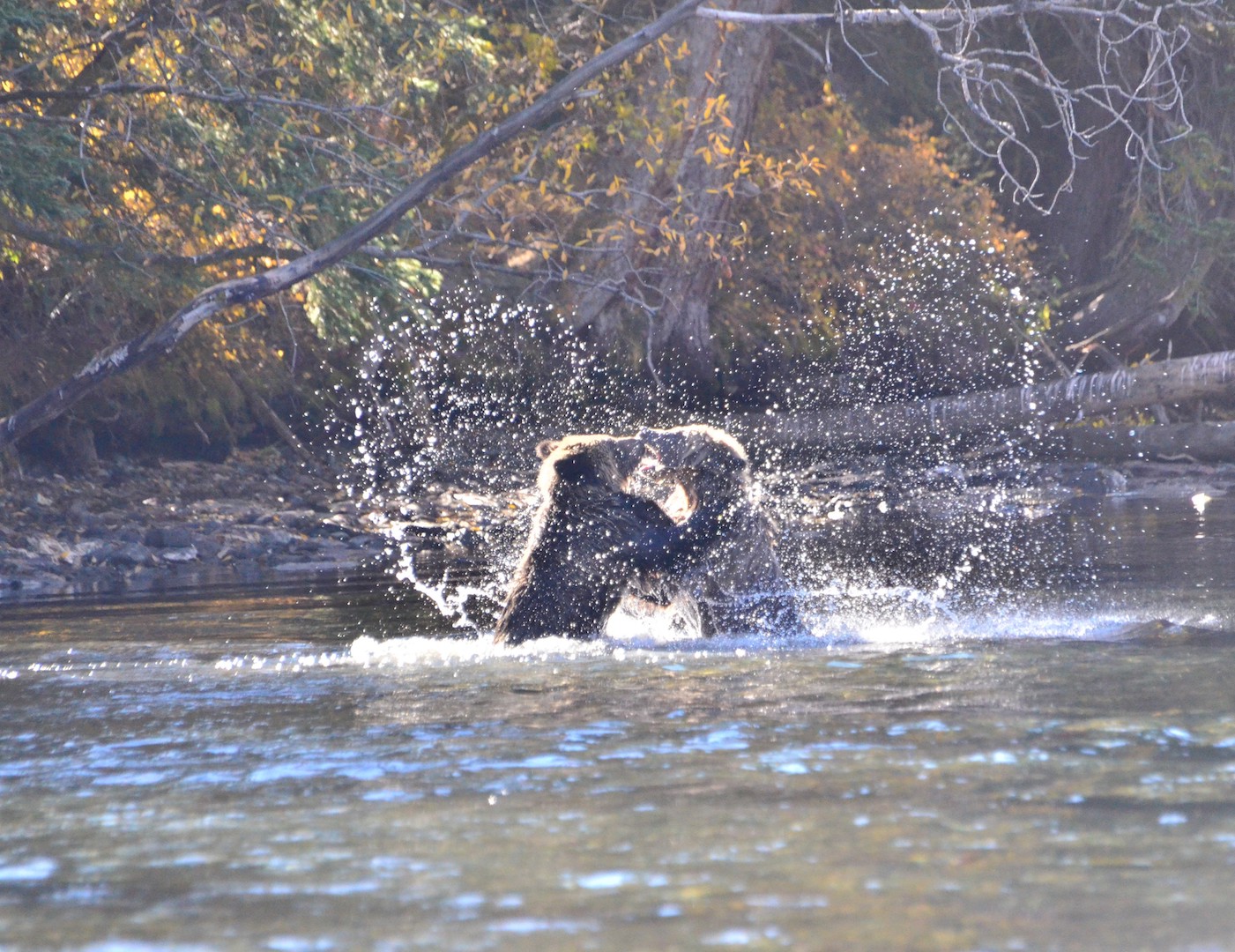 The U.S. Fish and Wildlife Service and National Park Service announced they would restart the process to complete the Environmental Impact Statement (FEIS) that is intended to restore the nearly extinct North Cascades grizzly bear population. The public comment period began July 26 and will close October 24.

The process was interrupted late last year with little public explanation. In March 2018, then Secretary of the Interior Ryan Zinke confirmed his support for the recovery EIS during remarks in Sedro-Woolley, Washington, promising an FEIS decision by the end of the year. Conservationists were disappointed that did not happen, but committed to continuing to work with local communities to support the restoration of these endangered icons.

Conservation Northwest welcomes the new comment period if it leads to the completion of the FEIS and concrete actions to recover the iconic grizzly bear. We are confident that the result will be the same as it was prior to the interruption of the process — overwhelming support for grizzly bear recovery in the North Cascades, including from people in areas around the recovery zone.

More than 120,000 supportive public comments were submitted on the Draft EIS in 2017, including support from dozens of businesses, organizations and tribes including the Yakama Nation and Okanagan Nation Alliance (including the Colville Tribes). Multiple public meetings were held by agency staff both east and west of the North Cascades. Independent polling has also shown strong support for grizzly restoration.

“There isn’t a more charismatic and culturally important animal out there,” said Joe Scott, Conservation Northwest International Programs Lead, who has worked for grizzly recovery in Washington and British Columbia for more than two decades.

“The grizzly bear is at the heart of what makes the North Cascades and the American West truly wild,” said Scott. “Our public lands and Northwest natural heritage are greatly diminished without these animals. We are privileged to be one of only four states in the Lower 48, and the only wild area outside the Rocky Mountains, to have the opportunity currently to restore this magnificent animal.”

“We are confident in the integrity of the process conducted by the federal agencies to date and their efforts to include the public in the recovery process,” said Scott.

“We are also confident that residents of and visitors to the North Cascades can live, work and recreate safely and proudly alongside the grizzly bear with some straightforward steps, just as they already do with Washington’s tens of thousands of black bears, and as people do in Idaho and Montana as well as in British Columbia, including at recreation meccas like Whistler and Squamish,” explained Scott.

“Indeed we are confident that the decades-long process to restore the grizzly from near oblivion will eventually enhance the North Cascades experience as it does in other areas where these bears thrive,” said Scott. “Washingtonians love our wildlife and support restoring this critically endangered species. It’s time for the agencies responsible to finish the job; completing the EIS and taking steps to rescue our North Cascades grizzly bear population before they’re gone for good.”

Fewer than 10 grizzly bears are believed to reside in Washington’s North Cascades today. Due to a lack of breeding animals and isolation from other grizzly populations to the north and east, local extinction is expected if active recovery actions are not undertaken.

This article was first published on the Conservation Northwest website and is reprinted with permission: https://www.conservationnw.org/news-updates/agencies-to-reopen-comment-period-grizzly/.