This section is devoted to studying the local impacts of specific issues the Trump Administration or Republican Congress will propose.

When a Trump supporter said that President Obama had pardoned more persons than any other president, my first reaction was that Fox News or some other similar source had said that. The facts, however, are different and the history is important. Presidents have a Constitutional authority to grant executive clemency, meaning to pardon OR to commute a sentence to persons convicted of federal crimes.

Obama gave clemency to 1,927 persons and pardoned 212. Most of those persons had long and mandatory sentences from the “War on Drugs” of the 1970s and ‘80s. In fact, one of my students many years ago told me he had been convicted of having a half-ounce of marijuana and had spent six months in jail. Since he then had a criminal record, he was concerned about getting a job when he graduated. Today, of course, marijuana is legal in small amounts in many states, including Washington.

The president has the power to commute a federal prisoner‘s sentence or to offer a full pardon. A commutation shortens sentences but does not restore civil liberties, such as the right to own a gun or vote. A full pardon can restore voting rights but does not wipe away a criminal record. Obama did set the record for commutations, but not pardons. Trump signed five pardons and two commutations in less than 17 months while Obama, George W. Bush and Bill Clinton did not issue a pardon or commutation in their first two years in office. Perhaps presidents need to learn the standards before engaging in executive clemency.

Worst Case of Abuse
Possibly the worst case of abuse of clemency was when Trump pardoned Sheriff Joe Arpaio of Arizona for criminal contempt of court. He had been convicted for disobeying a federal judge’s order to stop racial profiling with people suspected of being illegally in the U.S. A White House statement said Arapaio was a “worthy candidate” for pardon because he had served the state for more than fifty years, ignoring the dreadful history of his racial prejudice toward people from Mexico and Central America.

Some political scientists and law professors said the pardon was troubling because it undermined the rule of law. In fact, Susan R. Bolton, the U.S. District Judge who sentenced Arpaio, pointed out that Trump’s action did not vacate Arpaio’s conviction, but the pardon relieves Arpaio of the burden of punishment: it does not change the facts of his crime — a history of racial profiling.

And now a group of professional football players is taking action to try to get Trump to pardon people who have been handed lengthy sentences for lesser crimes. Doug Baldwin, Anquan Boldin, Malcolm Jenkins and Benjamin Watson, members of the Players Coalition, an advocacy group of National Football League players, said in a New York Times opinion piece that such problems were created by government and are unjust.

“As Americans, it is our constitutional right to question injustices when they occur, and we see them daily: police brutality, unnecessary incarceration, excessive criminal sentencing, residential segregation and educational inequality. The United States effectively uses prison to treat addiction, and you could argue it is also our largest mental-health provider. Law enforcement has a responsibility to serve its communities, yet this responsibility has too often not met basic standards of accountability.”

The players wrote that of the roughly 185,000 people in federal prisons, about 79,000 are there for drug offenses, with 13 percent serving 20 years or more. They said 28 percent of the federal prison population is elderly and releasing them would not create risk. “And yet from 2013 to 2017, the Bureau of Prisons approved only 6 percent of roughly 5,400 ‘compassionate release’ applications. About half of those applications were for people who had been convicted of nonviolent fraud or drug offenses. Of those denied release, 266 died in custody,” they said. Changing the laws and releasing nonviolent prisoners, would be, they said, “ the morally right thing to do.”

“We intend to continue to challenge and encourage all Americans to remember why we are here in this world. We are here to treat one another with the kindness and respect every human being deserves. And we hope our elected officials will use their power to do the same.”

Bad Faith in Conservative Discourse
Paul Krugman, an opinion columnist for The New York Times, argues that “bad faith” pervades conservative commentary and provides considerable evidence for his opinion. “There are dishonest individuals of every political persuasion, but if you’re looking for systematic gaslighting, insistence that up is down and black is white, you’ll find it disproportionately on one side of the political spectrum. And the trouble many have in accepting that asymmetry is an important reason for the mess we’re in,” he wrote. 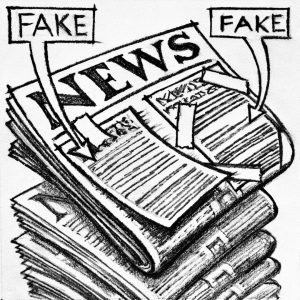 He argues that while headlines repeat “false talking points” that are then shown to be false in the story, readers can see that “dishonesty prevails within the Trump administration.” And while he observes that such actions have gone on in other administrations, “Trump’s seven-lies-a-day habit and his constant claims of being victimized by people who accurately report the facts are only a continuation of something that has been going on in the conservative movement for years.”

Krugman says Trump is no different from Fox News, “which has spent decades misinforming viewers while denouncing the liberal bias of mainstream media? How different is he from Republicans who accused Democrats of fiscal irresponsibility and now denounce the Congressional Budget Office when it points out how their tax cuts will increase the deficit?”

And now when I talk with Trump supporters, I’m caught in a bind: how can facts matter when their “facts” are from Fox News and its ilk. Do they apply the same distorted thinking in their careers? The temperature at 20 degrees may be freezing and require a warm coat, but when we lived in Fairbanks, Alaska, and the thermometer went from 44 below to 20 above in one day, we ran around outside without jackets because it was WARM! And when the stock market goes up or down today, what’s the reason and what’s the comparison with averages? We all need to remember that details and facts are needed to make serious interpretations and judgments, a value lacking by the Trump Administration and its supporters in particular.

• How Trump’s pardons compare to past presidents’, charted: https://qz.com/1298838/donald-trumps-pardons-are-like-no-president-since-george-h-w-bush/