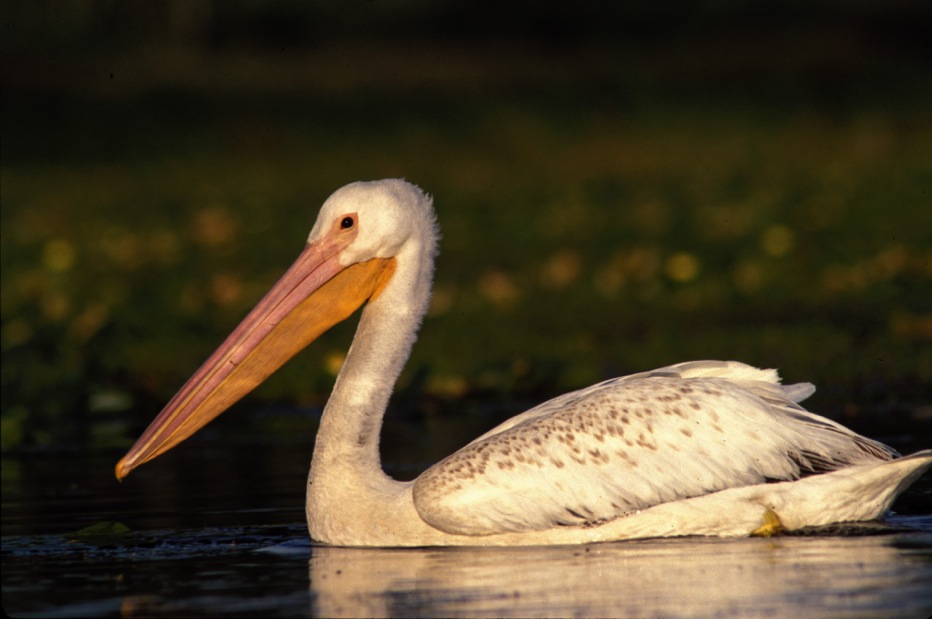 Ever since my retrospective about the 175th Beaks and Bills column in the May 2018 issue, I’ve had occasion to look back over the list of columns that I’ve written in the past sixteen years. A few stand out and are noted as personal favorites of mine. This column is from July 2003 and covers one of my favorite subjects … bird books. As you will see, it’s not about field guides, per se, but more about birds in general and how they affect our lives, as seen through the writings of a few special authors. Enjoy!

It had to happen sooner of later, so this month’s rendition of Beaks and Bills takes on the subject of bird books — not just field guides but books about birds. I could be getting in over my head here, but I believe the subject bears a little scrutiny. Between John James Audubon’s “Birds of North America” and David Sibley’s latest two-volume set of field guides, there has been a plethora of books written about birds.

There’s no doubt that some bird books are nothing more than a bit of fluff and some not even very well done, but there is a large number of books about birds that are worth reading, both for the entertainment value and the potential for learning more about birds — and maybe a little about yourself.

Let’s shelve the field guides, feeder guides, gardening-for-birds’ guides and the how-to-build-a-better-birdhouse guides for a while and look into a few titles that are lesser known but bear a second look. If it turns out that you share my love of books, which is compounded by my love of bird books, you might consider my unique approach — sturdy bookshelves!

Peter Matthiessen first got my attention several years ago with “The Snow Leopard” (Viking Press, 1978), an incredible story of his travels in the Himalayas with zoologist George Schaller in search of a unique mammal in the land of the Yeti.

First printed as “Shorebirds of North America,” in 1967, and then under its new title in 1973, this book was never intended to be a field guide, but rather an appreciation of shorebirds. Along with observations of their behavior and biology, you’ll be hard-pressed to find a more compelling portrait of the romance and wonder of shorebirds.

Pete Dunne chronicled his yearlong odyssey of searching for birds and places to see birds in North America in “The Feather Quest: A North American Bird’s Year” (E.P. Dutton, 1992). This book was preceded by “Tales of a Low Rent Birder,” (University of Texas Press-reprint-1994) which is filled with often whimsical tales of birds and birding adventures and misadventures. Pete Dunne is the director of the Cape May Bird Observatory in Cape May, New Jersey. The foreword by Roger Tory Peterson is priceless, as well as timeless.

Bird Obsession Got Out of Hand
“Kingbird Highway: The Story of a Natural Obsession That Got a Little Out of Hand,” by Kenn Kaufman (Houghton Mifflin, 1997), is all about the author’s obsession with birds which, he readily admits, “got a little out of hand.” Kaufman relates how he dropped out of school to pursue his obsession with birds and reveals an intimate portrait of his own personal mission.

If you enjoy coming-of-age stories, this is an adventure-filled account with birds as a background, by one of several heirs-apparent to Roger Tory Peterson. As some have suggested, “On the Road” might have read like this if Kerouac had been a birder.

“Watching Birds: An Introduction to Ornithology” (Houghton Mifflin, 1997) could also be called “Ornithology Lite.” Roger Pasquier has written an introduction to ornithology that captivates the reader much as any good narrative might.

While reading the facts and figures in this book, you never feel as though you’re reading a textbook. The information is provided in a very comfortable way and the reading is easy, as well as enlightening. Another foreword by R.T. Peterson lends to the quality of this book, and Margaret LaFarge’s illustrations are fantastic.

Leonard Nathan is the author of nine books of poetry, and Leonard Nathan is also a birdwatcher. “Diary of a Left-Handed Birdwatcher” (Harvest Books, 1998) is his account of a personal journey. Nathan delves into the complexities of birdwatching, including the discomforts and joys encountered in pursuit of birds.

While he provides quite a bit of humor throughout, the poet prevails and what follows is a beautiful little book about one man’s passion for birds and for life. Leave it to a poet to describe birds in words that few of us would ever consider.

Sprinkled throughout are observations on birds from Confucius to Maxim Gorky. This volume is smaller than most field guides and fits perfectly in a vest pocket. It’s a great little book to take along for those times of sitting and waiting. Those of you who have sat and waited know what I mean.

Anthologies
“An Exhilaration of Wings: The Literature of Birdwatching” (Viking Press, 1999) is a collection of the literature of birdwatching. The editor, Jen Hill, is a graduate of Stanford University and a Ph.D. in literature. In this book she gathered together some of the finest writings about birds, from Thomas Jefferson and Teddy Roosevelt to John Muir and Ralph Waldo Emerson. Her bias toward literature is evident throughout and the essays she chose for this volume are filled with moving personal accounts by a gathering of well-known people, who just happened to be birdwatchers.

A similar collection of writings about birds is “The Great House of Birds: Classic Writings About Birds,” edited by John Hay (Sierra Club Books, 1996), who is a poet, essayist and professor emeritus at Dartmouth College. His introductions to most of the essays found in this book are more than worth the price of admission.

This anthology includes the sublime poetry of Mary Oliver and Pablo Neruda, as well as the elegant prose of Joseph Wood Krutch and Edwin Way Teale. The acknowledgements section serves as a veritable must-read list of writings about birds that greatly enlarge the list offered by this column.

When I took David Sibley on a tour of birding hotspots in the county on May 5, the only bird book that we talked about was “Birders: Tales of a Tribe” (Atlantic Monthly Press, 2002). In this book, one of the latest books about birds and the people who watch them, Mark Cocker gives us a bit of insight into British birdwatchers, or twitchers, as they’re known in Great Britain.

Even though this book has a noticeable British influence, Cocker’s travels in pursuit of birds are not limited to Great Britain. His predilection to traveling great distances to see birds is reminiscent of Kenn Kaufman’s journeys in “Kingbird Highway.”

In “Seasons at the Point: The Birds and Birders of Cape May” (Atlantic Monthly Press, 1992), Jack Connor gives us an intricate and intimate look at one of North America’s premier birdwatching locations: Cape May, New Jersey.

Cape May is almost legendary in the number of species and individual birds that find their way past the equally legendary numbers of observers who wait for them at Cape May Point. The primary focus of this book is the migrating raptors that converge on Cape May as they make their way to their wintering grounds.

Extinction
Christopher Cokinos borrowed from Emily Dickinson to name his book, “Hope Is the Thing with Feathers: A Personal Chronicle of Vanished Birds” (J.P. Tarcher, 2000). In this book, he paints an evocative, yet historical portrait of six species of birds that have become extinct, primarily by the hand of man. My main interest in this book was kindled by the search last year for the ivory-billed woodpecker in the swamps of southeastern Louisiana. While the ivory-billed never existed in huge numbers, other species included in this book, such as the passenger pigeon, were numerous beyond comprehension.

When it comes to bird books, especially the ones that are unique, I admit to being a real sitting duck. This is an appropriate description since I also have a warm spot for ducks, possibly because of the fact that my backyard was usually filled with migrating waterfowl every winter when I was growing up. So, with this confession out of the way, I must recommend that you have a look at “Duck Stamps,” by Scott Weidensaul (Gallery Books, 1989).

As the subtitle says, this book is about “Art in the Service of Conservation.” Duck stamps were first sold to hunters in 1934, in an attempt to conserve waterfowl and to protect the habitat that they need for their survival. In the movie, “Fargo,” a bit of the competitive aspect of duck stamp art is touched upon in several scenes.

To round out the regular dozen and to shift gears to a more humorous vain, I offer, “Down and Dirty Birding,” by Joey Slinger (Fireside, 1996). This book is definitely light reading and an irreverent look at birdwatching in general and at birdwatchers in particular. This book is filled with the occasional laugh-out-loud passage and is meant to be exactly what it is — a humorous look at the phenomenon of birdwatching. We should always take time to laugh at ourselves, especially if you consider how strange we are as a species.

German Birds
To complete the Baker’s Dozen of this month’s subtitle, I present the longest stretch, yet, with “Brehms Heimische Vogel.” There’s a logical reason to why I have a book about German birds in my collection.

The copyright date is 1968, and this is the first book that I used to try to sort out the birds I had seen when I was in Germany for three years, working with classified information for the U.S. government. Before the Internet, it was difficult to find books about things like German birds so I fairly leaped when I found this one.

My once-fluent German has deteriorated to the point where it’s a bit of a struggle to make it through the introduction, but I still remember that a Schwalbe is a swallow, a Sperling is a sparrow, and a Spechtvogel is still a woodpecker.

Mostly, it’s fun just to peruse and read the German names for common species like barn owl, barn swallow, etc. A snipe is still a Schnepfe, any way you slice it, but my favorite has to be the Waldbaumlaufer, the creeper. The literal translation makes this bird a “forest tree runner.” It’s so … German!

There are so many books about birds that it’s really difficult to imagine reading them all, but I’m trying! Birds and birdwatching affect many people in a myriad of ways, and this is not a new fad. People have been moved by the wonders of the avian world for eons and writing about it for as long as we’ve been putting words down on stone or papyrus.

From the straight facts about birds to the romantic and poetic, many words have been devoted to the beauty and wonder of birds. No matter where we go, there are birds to observe and admire and probably more books about birds to add to the bookshelf. I will remind you, however, to remember my earlier admonition — build sturdy bookshelves!

• “Kingbird Highway: The Story of a Natural Obsession That Got a Little Out of Hand,” by Kenn Kaufman, (Houghton Mifflin, 1997).

• “An Exhilaration of Wings: The Literature of Birdwatching,” edited by Jen Hill, (Viking Press, 1999).

• “Seasons at the Point: The Birds and Birders of Cape May,” by Jack Connor, (Atlantic Monthly Press, 1992).

• “Hope Is the Thing with Feathers: A Personal Chronicle of Vanished Birds,” by Christopher Cokinos, (J.P. Tarcher, 2000).

• “Duck Stamps: Art in the Service of Conservation,” by Scott Weidensaul, (Gallery Books, 1989).

Joe Meche is a past president of the North Cascades Audubon Society and was a member of the board of directors for 20 years. He has been watching birdas for more than 60 years and photographing birds and landscapes for more than 40 years. He has written over 170 columns for Whatcom Watch.