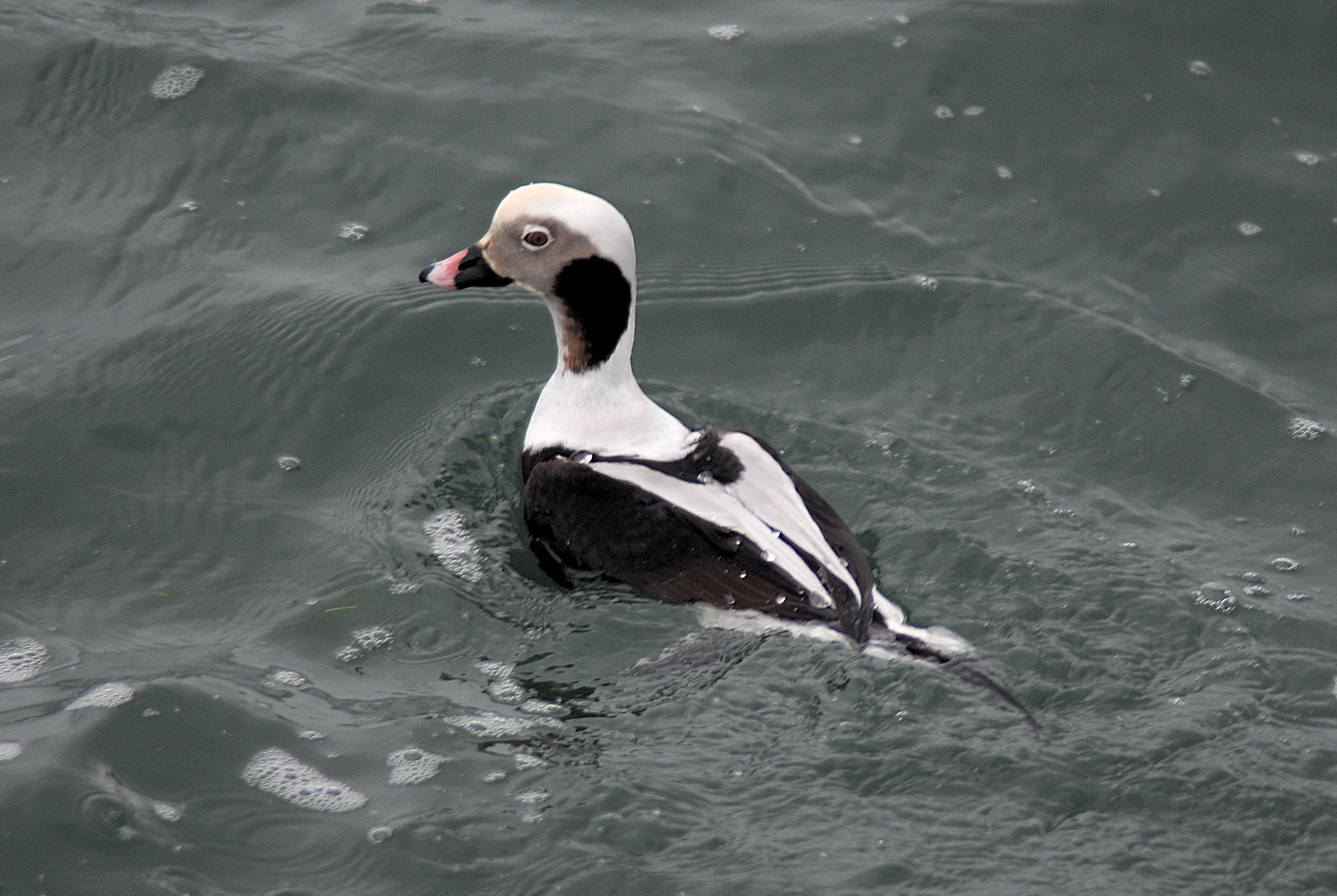 For most of my life I’ve had a strong affinity for one of the most visible groups of birds — the ducks, geese, and related species that comprise the greater family of waterfowl. Some of my earliest bird-related memories are connected to the sounds of tens of thousands of geese migrating to southwest Louisiana to spend the winter with us. Most remarkable to a youngster was learning that they came from the distant northern tier states and Canada! We had an old world globe in our house and I was quite impressed when my grandfather showed me how far these birds had flown to get to where we were. The truth of the matter is, I’m still impressed.

In Whatcom County we have year-round resident waterfowl, like Canada geese, mallards, wood ducks, and hooded mergansers that nest locally. The majority of our winter waterfowl, however, nests to the east-northeast and into the distant reaches of Canada and Alaska. Thousands of waterfowl stage very large and spectacular movements between their breeding and wintering grounds. Throughout their shared history with humans, these avian migrants have come to symbolize the changing seasons.

All waterfowl belong to the family Anatidae and this diverse group of birds includes swans, geese, and ducks. Swans and geese are typically larger than ducks, which are divided into species that dive for food and others that dabble on the surface to feed. The respective diets of the divers and dabblers are reflected in their methods of feeding as well as their habitat choices. The best way to understand this unique family is to take a quick tour through the various species that winter here, from the largest to the smallest.

Traditionally, a sure sign of winter in the Northwest is the return of swans and snow geese. Trumpeter and tundra swans are large birds and difficult to confuse with any other waterfowl; although, the subtle differences between the two swan species takes a bit of practice to differentiate. Both swans are predominantly white, except for the young birds, and from a distance might even be confused with snow geese. Already this winter, birders in Whatcom County are seeing more snow geese than we have in quite a while. If the right forage is in the fields, snow geese will stop. For a long time most have preferred lower BC or continued to Skagit County and points even farther south.

The overall numbers of Canada geese in the county has grown by leaps and bounds. On the first two Bellingham Christmas Bird Counts (CBC) no Canada geese were reported. The numbers on ensuing CBCs increased gradually over the years to the point where this species has garnered the dubious distinction of being a nuisance bird. The fact that they are so resilient and adaptive to human activity plays a big part in this increase. Other geese in the county, though not in the numbers that we see of Canada geese, are greater white-fronted and cackling geese. The cackling goose looks like a smaller version of the Canada, so be sure to scan the flocks.

The Pacific black brant is often referred to as a mallard-sized sea goose, and that’s a fairly accurate description. Brant stage one of the more remarkable migrations of all waterfowl. From their breeding grounds at Alaska’s Izembek Lagoon, the majority of the Pacific population flies non-stop for over fifty hours to reach wintering grounds in Baja. Smaller numbers of brant spend the winter in local waters and join with the northbound flocks as spring approaches. Unlike Canada geese, brant are very sensitive to changes that adversely affect their basic habitat needs.

In winter in the Northwest, ducks provide an excellent classroom for birders to hone their field identification skills, and in the realm of ducks, no other species is as recognizable as the male mallard. The distinctive green head of this duck is one of the key factors in identification. Mallards are perhaps the most common and widespread waterfowl species in North America. They generally set the standard for size comparisons and are often the first bird that neophyte birdwatchers learn to identify. As with most species in the family of ducks, identifying the females requires closer attention to field marks to distinguish one species from another. They are more cryptically colored than the males and this design enables them to blend in with their surroundings during the nesting season and while they tend to the young of the year.

Aside from mallards, a day in the field provides a veritable who’s who of ducks. Northern pintails and American wigeons are among the most numerous of our wintering waterfowl, with large concentrations focusing on the protected embayments of Semiahmoo and Drayton Harbor. Northern shovelers and gadwalls are found more often in freshwater habitats along with wigeons and ring-necked ducks. Green-winged teal are quite small and usually found feeding along the edges of estuaries. Equally handsome, wood ducks and hooded mergansers are both found in suitable freshwater habitats and share space throughout the year. Both are cavity nesters and take well to nesting boxes provided to supplement their needs when land clearing and development remove their traditional sites.

Our sea and bay ducks are all divers. They are generally heavier and the position of their legs and feet toward the rear of their bodies enables them to propel themselves underwater in pursuit of prey. As well as being extremely striking, harlequin ducks are unique and except for the nesting period, they spend their time on saltwater. What makes them unique is the fact that they fly up fast-moving mountain streams to nest. The young birds spend their early days upstream, eventually floating and flying down to saltwater as they mature.

Common winter visitors to saltwater habitats along the county shorelines are the scoters. Surf, white-winged, and black scoters often form very large feeding rafts in the open waters of Birch Bay and Drayton Harbor. Surf scoters are generally the most numerous and finding a black scoter is often a highlight from a day in the field. The expansive rafts of scoters are frequently augmented by greater and lesser scaup along with ruddy ducks. In the same habitats an observer can pick out Barrow’s and common goldeneyes along with buffleheads, and red-breasted mergansers,.

A species of note during the winter is the long-tailed duck, formerly known as the oldsquaw. This is one of the most sought-after species of waterfowl during the colder months. These Arctic nesters are known as the deepest divers among birds, sometimes reaching depths of more than 200’ and staying submerged for longer than a minute and a half. Dedicated birdwatchers are more than eager to travel in pursuit of a long-tailed duck to add to their life lists.

If you are interested in learning about our winter waterfowl, Whatcom County has numerous accessible locations for viewing. From Larrabee State Park to the south and right up to the Canadian border, a variety of habitat types host some of the best examples of waterfowl to be found anywhere. Freshwater lakes and ponds, farm fields, and saltwater estuaries and bays will often be filled with ducks and geese, and even good numbers of swans. Prepare properly for all types of weather and consider taking a scope for better viewing of distant flocks that might be out of reach of binoculars. The most important thing is to enjoy your time in the field.
_____________________________________