We Have No Time to Slow Down Our Recovery

Editor’s Note: Whatcom Watch first starting printing “Being Frank” — written by Billy Frank Jr. — with the April 2004 issue and continued running his column until May 2009, when The Bellingham Herald starting printing it. We started offering it again in September 2013 when the Herald abandoned it. Billy Frank Jr. passed away in June of 2014. Lorraine Loomis wrote the column from September 2015 until her passing in August of this year.

Lorraine’s contributions to protecting treaty rights can’t be overstated. Before she was elected NWIFC chairperson, she served as a commissioner for more than 40 years, many of those sitting beside Billy Frank Jr. as vice chair.

When Billy passed in 2014, Lorraine carried on the work. And when Covid-19 closed down our offices, that didn’t slow her down. She moved her computer into her sewing room, and, when you didn’t think she could put in any more hours, she did just that. 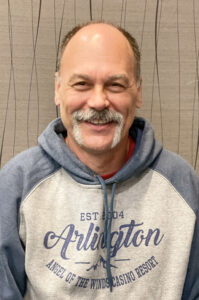 It’s hard to imagine how we are going to fill her shoes, but I truly believe that Lorraine wouldn’t want us to miss a step. We must continue fighting for our treaty-protected resources.

That means keeping focused on our priorities, including:

• Habitat Recovery in Fisheries Management Planning. Lorraine recognized that we can’t manage fisheries in isolation. We must also consider habitat recovery at the same time. An important part of her legacy is that she and Washington Department of Fish and Wildlife Director Kelly Susewind created a co-managers’ habitat work plan for the North of Falcon process. Wherever salmon fisheries are constrained by weak stocks, we must improve the habitat. We began this work in 2020, with a pilot project in the Stillaguamish watershed.

• Protecting and Restoring Riparian Habitat. Last year, we released a short video explaining why we need to protect and restore riparian habitat for salmon. Streamside trees and vegetation provide shade, filter harmful runoff and slow erosion. Our need for quality riparian habitat is increasing as climate change leads to higher water temperatures and lower flows every year. At the 2019 Centennial Accord meeting, Gov. Jay Inslee connected his concerns about climate change to salmon habitat recovery and directed state agencies to develop a uniform, science-based management approach. We created a joint tribal/state riparian habitat initiative to achieve that goal.

• Defining Net Ecological Gain. We know that urban development leads to environmental problems such as air and water pollution, and habitat loss. But our land-use regulations allow developers to build now and attempt to fix habitat later, with no acknowledgement of cumulative effects. This makes it impossible to achieve a net gain of habitat, which is what we need to recover declining salmon runs. Recently, state legislators funded a study that aims to define “net ecological gain,” which is a necessary first step to fix our broken ecosystem.

• Understanding Marine Survival. Tribes have collaborated with Long Live the Kings on the Salish Sea Marine Survival Project to learn more about what happens to juvenile salmon after they migrate to sea. Last summer, the project reported that two of the main reasons for poor salmon survival are that there are too many predators and not enough prey. Tribal natural resources departments are continuing important research about marine survival, while also working to restore estuary habitat and protect water quality.

• Impacts of Recreation on Treaty Resources. We have watched with alarm as increased recreational activities on public lands have degraded our treaty-protected resources. We saw this escalate during the coronavirus pandemic when tribal fishermen were displaced by sport fishermen and recreational boaters, beaches and forests were littered with human waste and drug paraphernalia, and the biodiversity of trails and forests was threatened by human overuse. Tribes are working with state and federal agencies to ensure that meaningful government-to-government engagement involves tribes in recreation policy, planning, funding, assessment and project implementation.

Now is not the time to slow down. The best way we can honor both Billy and Lorraine is to stay the course, because we have more work to do to recover salmon and protect our treaty rights.

Shawn Yanity is vice chair of the Northwest Indian Fisheries Commission, www.nwifc.org. This column represents the natural resources management interests and concerns of the treaty Indian tribes in western Washington.