Whatcom Watch has been covering the meetings of local elected officials for 21 years. We began reporting Bellingham City Council and Whatcom County Council votes in 1999 and the Port of Bellingham Commissioner votes in 2000. We’re committed to continuing to report on votes; we feel they’re a valuable contribution to our community and hope you, our readers, agree. Our coverage was uneven during the first three years, but has been comprehensive over the past 18 years. We’ve covered a total of 1,432 meetings: 573 were city meetings, 451 were county meetings and 408 were port meetings. If you have any questions, contact Bill McCallum at bill@whatcomwatch.org or 360-734-6007. The table below lists the number of votes covered. 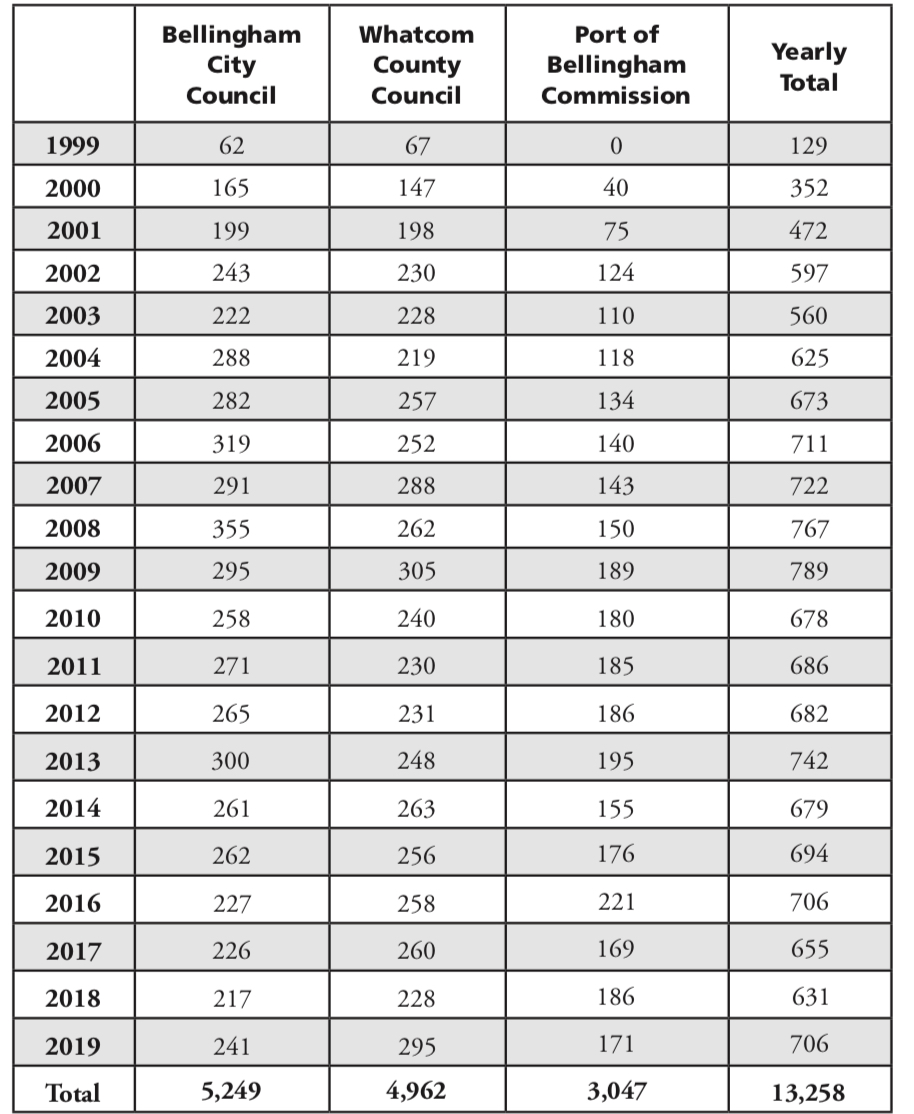