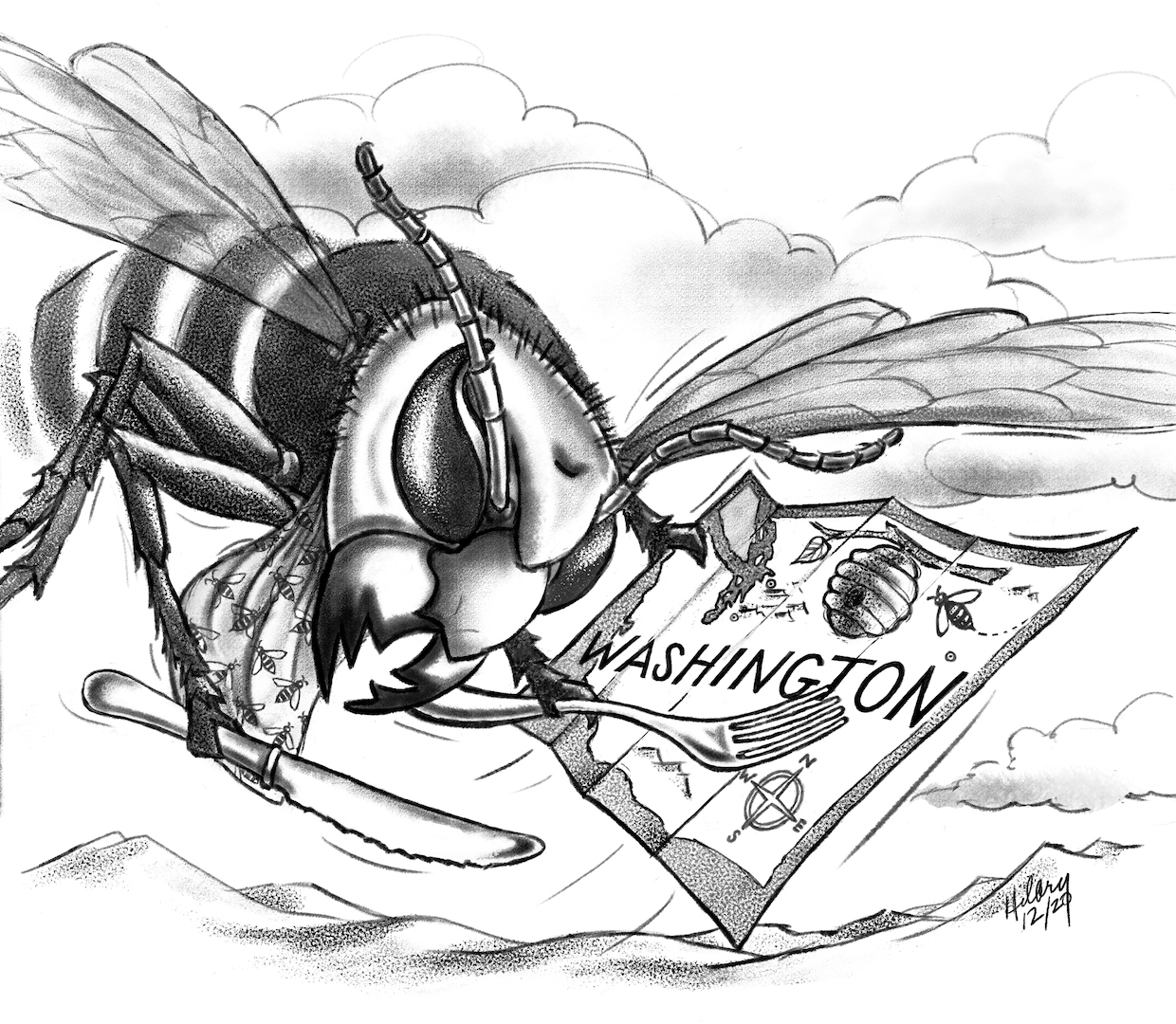 The Asian giant hornet (Vespa mandarinia), an invasive pest that threatens pollinators and ignores international borders, is the focus of an international effort to eradicate it in the Pacific Northwest. That’s why, in the coming year, Washington state, British Columbia, and U.S. federal agencies are gearing up and collaborating on their plans to track, trap and eradicate any Asian giant hornets they find.

Washington’s plans remain similar to last year’s response, including a strong emphasis on public outreach, reporting, and trapping in addition to the agency’s trapping. The Washington State Department of Agriculture (WSDA) will continue to use orange juice and rice cooking wine in traps while citizen scientists will have the option of using either the orange juice or a brown sugar-based bait. WSDA’s trapping will remain focused on areas in Whatcom County where Asian giant hornets were detected in 2019 and 2020. Residents in Whatcom, Skagit, San Juan, Island, Jefferson, and Clallam counties are especially encouraged to participate in citizen scientist trapping beginning in July.

In British Columbia, the 2021 Asian giant hornet surveillance program will include traps in areas where there were previous findings as well as continued outreach and networking with B.C. beekeepers, local governments and partner agencies in those areas. The work will continue last year’s efforts with comprehensive surveys in Nanaimo and the Cowichan Valley on Vancouver Island, and in the Fraser Valley, from White Rock to Aldergrove. Six hornet specimens were collected in the Fraser Valley through public reporting. No sightings or collection of Asian giant hornets were reported on Vancouver Island in 2020, which could be declared Asian giant hornet-free if no specimens are reported this year.

Reports from the public have been critical for locating these giant hornets. Last year, half of the confirmed reports in Washington and all of the confirmed reports in British Columbia were from members of the public. Washington residents are asked to continue to report all sightings of Asian giant hornets to WSDA at agr.wa.gov/hornets, via email at hornets@agr.wa.gov, or by calling 1-800-443-6684. British Columbians who think they may have seen an Asian giant hornet can report their findings to the Invasive Species Council of BC at 1-888-933-3722, online at bcinvasives.ca/report, or via the council’s “Report Invasives” mobile phone app.