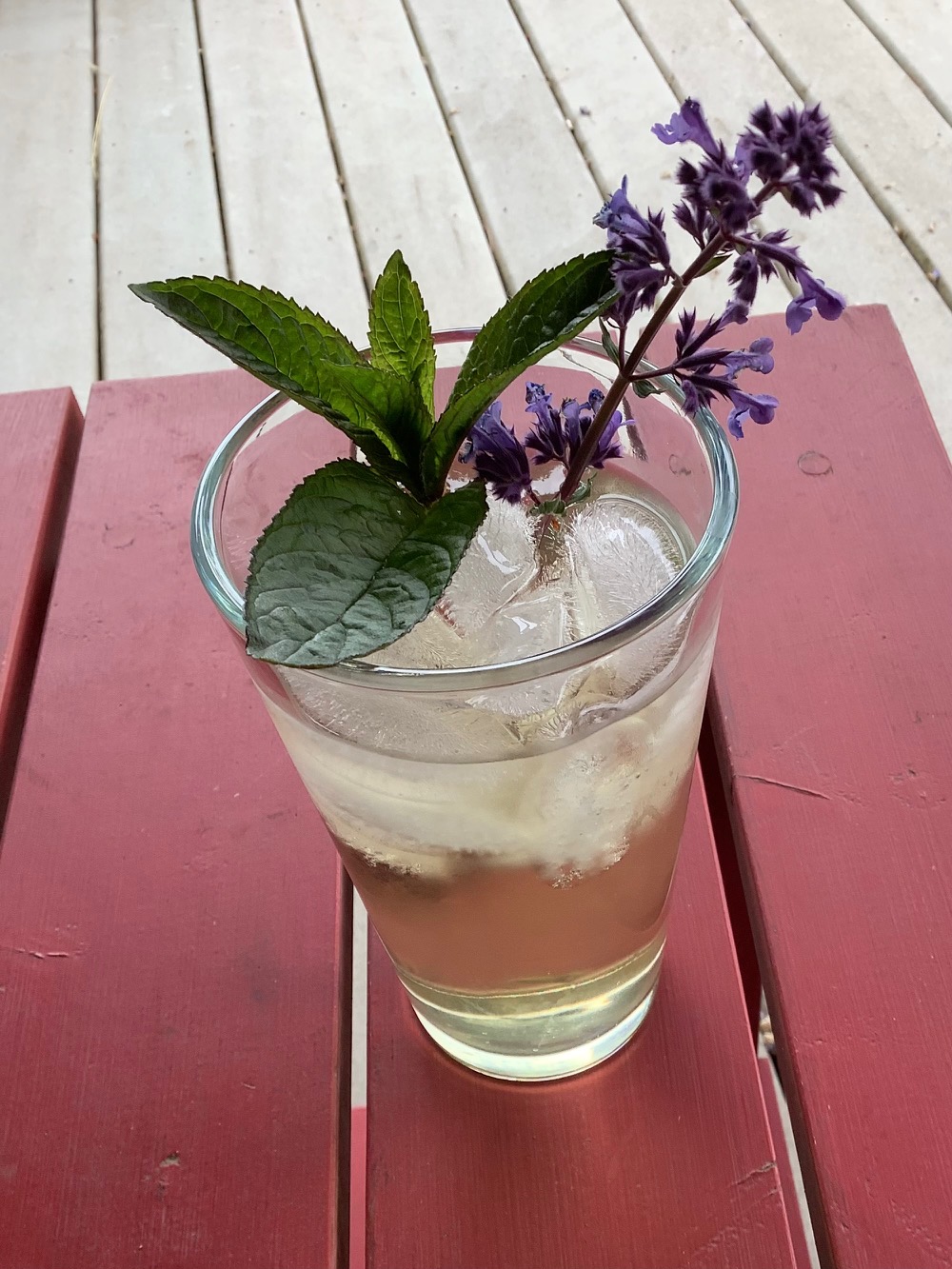 Can it really be summer? The calendar says the solstice is behind us. Our summer flowers are catching up to their usual size, but threatened to bloom in June while still too small.  They’ve suffered the cold, cloudy, wet days since being seeded in the greenhouse in March, waiting for this epic cold drizzle to end. We finally started planting out in early May, tenderly tucking in the infant flowers under row covers. Happily, our stalwart peonies have withstood every challenge and have been in beautiful and fragrant bloom.

Our fall-planted anemones and ranunculus stayed snug under a thick layer of straw and sturdy low tunnels all winter. This spring they have been glorious, blossoming rampantly into June. Similarly, our dahlias, covered with a thick layer of straw with silage tarp all winter, are sprouting enthusiastically, promising a BIG flower season. However, I sense their consequent division will be epic. What labor was saved last fall by leaving them buried will be repaid in a huge root rodeo when we do dig and divide them.

In this start/stop season, we have already succession seeded many of our spring veggies several times. Row cover keeps everything under it a few degrees warmer and helps fend off flea beetles – the rain just washes away diatomaceous earth. Slugs are becoming grotesquely rotund, and, we hope morbidly obese, as they gorge on this jungle supported by the wet, lush, cool season.

Weather Forecast
The long range “forecast” for the Pacific Northwest is for either a mild, slightly more moist summer than usual or a hot, dry summer, if a high develops in the south and moves north. From recent experience, I’d say it’ll almost certainly be one or the other.

By the time you read this, I hope some doubt will have been resolved.

Despite the record freeze this winter, I am able to report that my 30-foot tall, 30-year-old empress tree (Paulownia tomentosa) — leafless, brittle, and apparently lifeless in late May, suddenly sprouted erect bunches of velvety blue green leaves all over as it belatedly emerged from its cold-induced coma. It won’t bloom its customary and spectacular purple haze this year, but that’s a minor disappointment, tempered entirely by its resurrection.

The high winds this winter brutally twisted big branches off the large firs close to the house, sending them crashing onto the roof — always late at night it seemed. We’ve never experienced such repeated widespread tree litter — roads and open spaces thickly covered with branches and twigs, impassable in places. It’s been unusually windy this year, and the blasts come in erratic bursts from all directions. I imagine an eggbeater overhead sending swift, swirling currents down and out, like a hard slap, leaving us cowering, afraid, and shocked. Some of those wounded trees will be cut and made into firewood this summer, their chips laid on paths and beds. But, I am newly fearful of what’s overhead.

It is time to seed mache again in early October when temperatures will be between 55 and 65 degrees Fahrenheit, (if history is to be believed). Sow it where it will grow all winter — Mache is usually gone by now, made unpalatable by late spring warmth. This year it has lingered much longer. It is an almost indestructible cover crop throughout the winter. Grow some. It’s utterly effortless and will give you delectable salads in winter. Organic seed of Baron Corn Salad is available online from Osborne Seeds in Mt. Vernon (osborneseed.com).

Don’t stop planting — some of the best is yet to come. Now is the time to plant seeds for transplants of cabbage, celery, Brussel sprouts broccoli, cauliflower, kale, lettuces, turnips escarole, chard, fennel, and radicchio. These will stretch your garden and food supply until a hard freeze. Many of these vegetables will store all winter refrigerated. You could wait a bit and direct seed these, but slug pressure could be discouraging.

Chicories and Radicchios
Gardens expand, climate changes, we discover unconsidered elements. Chicories and radicchios, once largely unknown in the United States, have made a big entrance in the Pacific Northwest food and farming scene. If you haven’t grown them, yet, I encourage you to plant them this year. Chicories were born to grow here. They are a fall and winter staple in our kitchen. Their timetable starts with planting seed just before the turn of the summer solstice or not long after — an especially significant time in Pacific Northwest gardens.

As the northern latitudes increasingly turn away from the sun, marking the shortening of daylight hours, chicories revel, steadily fattening and sweetening. Most can stand in the winter garden as long as the temperature stays above 25 degrees Fahrenheit, and months in the refrigerator suit them fine. Salads of mixed chicories with various combinations of toasted walnuts, goat or bleu cheese, oranges, pears, apples, balsamic vinegar, pomegranate seeds or pomegranate molasses, shaved parmesan, and pickled red onion along with its rice vinegar pickling juice are winter’s reward and solace. Anchovies, black olives garlic, bread crumbs, cheese, and ham are often used  when stuffing and oven braising the leaves. Chicories are very good chopped and added to cannellini beans or pasta, alongside sausages, in soups or gratins. They and radicchio are delicious grilled or roasted.

Radicchiology on the Uprising Organics website has full descriptions and photos of the various types and varieties of this delicious and beautiful winter vegetable. Uprising’s Gusto Italiano Project offers seeds for many varieties of radicchios and chicories (uprisingorganics.com).

Tisane
Whenever summer does arrive, the best cool drink to enjoy in the garden is a tisane made with your own herbs. Lemon balm is always prominent in mine. Mint, lavender, rosemary, nepeta (catmint), anise hyssop are among my favorites, too. Choose two or three that appeal to you. Cut green stems with leaves, with or without flowers, wash gently and then cover with very hot/boiling water for at least 15 minutes or until cool. Use four or five good full stems of each and about 6 cups of water. Strain and pour over ice when cool. Garnish with fresh sprigs of the herbs you used and maybe a little orange peel. Lemon balm and lavender have calming properties that will help you enjoy a relaxing repose in the garden after a day’s work.

Elisabeth Marshall and her family have lived in Whatcom County for 40 years. They grow fruit, vegetables, cut flowers, eggs, sea salt, and peonies on their Full Bloom Farm. They sell their goods at their farm stand, which is open from April through December and at the Lummi Island Farmers Market.