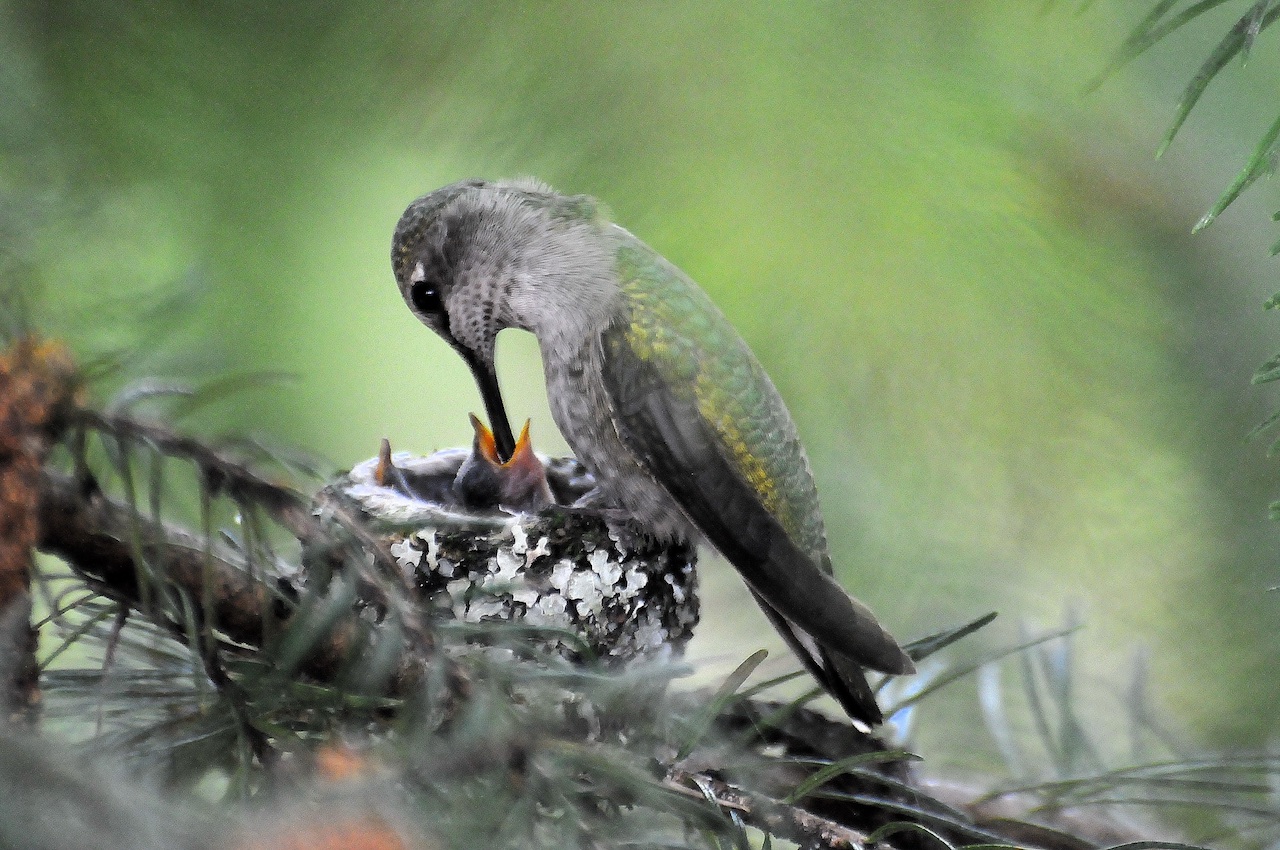 As we transitioned from winter into spring, the seasons and the birds around us changed accordingly. Cherry blossoms greeted us in just about every part of town, along with scattered greenery here and there. Rain was still with us in the lowlands, while heavy snow still covered the mountain passes, but we should be used to that by now. On the avian front, by the first part of May, most of our winter birds had left for their breeding grounds to the north and east. As they departed, we began seeing new arrivals from warmer climes. And now, we’re well into a new year when First Of the Year (FOY) sightings abound and summer is right around the bend.

As the seasonal transition takes place, I always stop to think about the next few months and what we have in store. Without a doubt, there will be more songs to hear and colors to see, not only in the fresh greenery but also in the birds that have donned their splendid breeding plumage. From waterfowl to warblers, spring is in the air. Let’s use the logical format of the Peterson system to see what we have to look forward to over the next few months in our neighborhood.

Roger Tory Peterson’s broad grouping of swimmers includes all of our waterfowl and birds we usually connect with ponds, lakes, and saltwater haunts. When you think of the wealth of waterfowl we have throughout the winter months, keep in mind that we have quite a few that remain here to breed and raise their young. It doesn’t take an expert to know that Canada geese are with us throughout the year and are considered pests by many folks. They are resilient to the point of ignoring us and doing what they do. The common mallard, often the first bird on everyone’s life list, is the consummate breeder and joins cavity-nesting wood ducks and hooded mergansers in similar habitats, along with the diminutive pied-billed grebes. 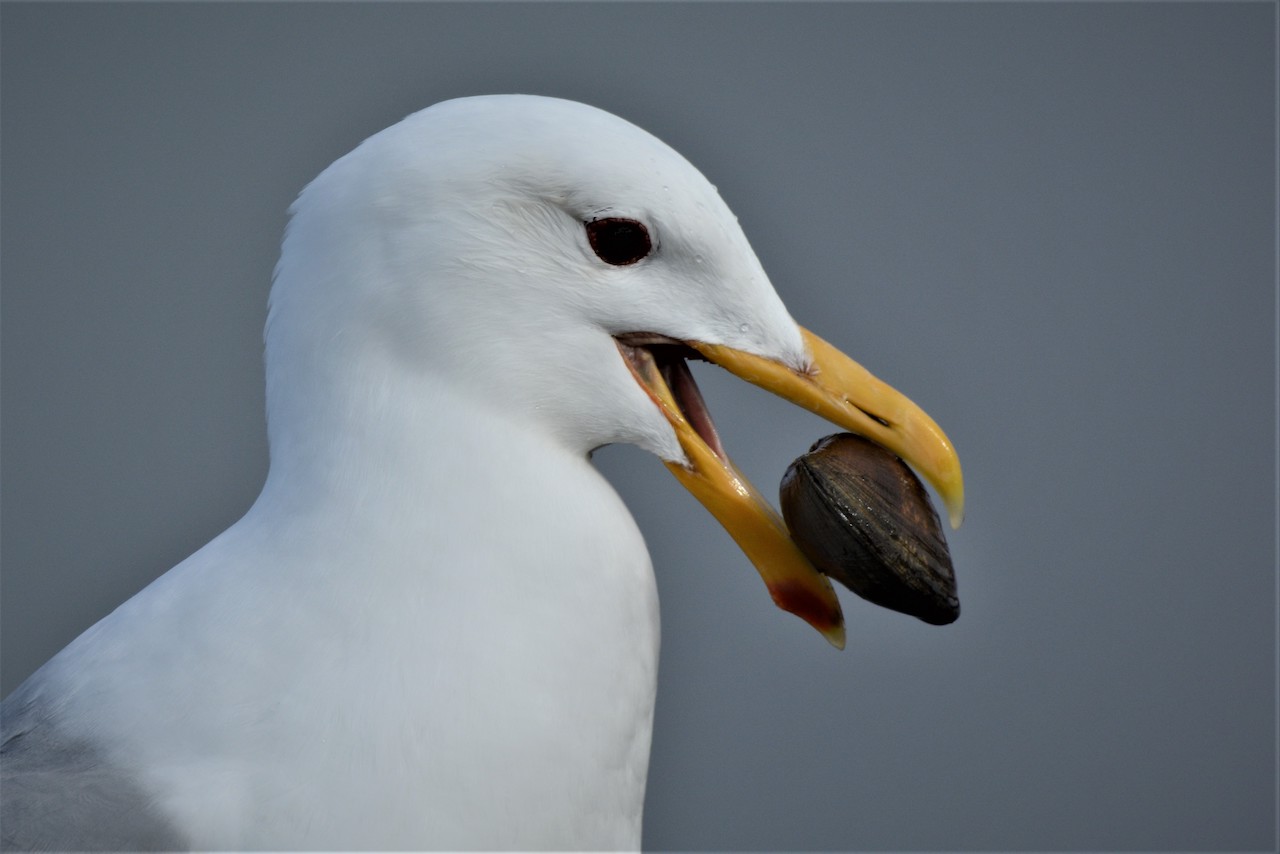 Our most-numerous gull, the glaucous-winged, is with us year round and their choice of nesting locations covers a wide range. From downtown and waterfront rooftops to niches on breakwaters, this is one persistent gull, which explains their ever increasing numbers. While the bounty of nesting Caspian terns will never come close to the 3,000 plus from 2010, they are still around. Safe, flat rooftops near the waterfront are suspected sites of the few nests that might still be around. The old G-P tissue warehouse on Roeder Avenue is one possibility. Alas, after 2010 the Port of Bellingham decided to evict the Caspian tern bonanza in the name of progress.

Long-legged waders like the great blue and green herons, nest locally, and, while the smaller green heron is more secretive in its nesting, the great blue is too large to hide. They nest in sizable colonies throughout the Puget Sound region. Even though they will abandon an area for one reason or another, they always seem to reestablish with the idea of strength in numbers. The Post Point rookery/heronry is active right now, and there are as many as 40 active nests on site as of this writing. Another even larger colony in the county is on protected property between Shintaffer Road and Drayton Harbor. In both of these colonies, when there are young to feed, back and forth traffic can be expected between the site and prime fishing locations in and around Bellingham Bay and Drayton Harbor.

Our smaller waders are well represented by nesting rails, killdeer, and oystercatchers. Virginia rails have begun their spring ritual at Scudder Pond with at least two nesting pairs, while fingers are crossed for at least one pair of Wilson’s snipe to do the same. Killdeer, the most numerous plover species in North America, lay their eggs in a simple scrape and can be found in a variety of locations, especially where water is nearby. Black oystercatchers have been expanding their range northward for several years, and sightings have proven their success. Nesting pairs have been observed from Larrabee State Park to Semiahmoo and Blaine.

Fowl-like birds such as wild turkeys, ring-necked pheasants, quail, and grouse, often require a bit of effort to locate. Even though turkeys, quail, and pheasants were introduced into the county for hunting purposes, some have broken away or escaped to begin wild populations. You can head to higher elevations around Mt. Baker to find grouse and white-tailed ptarmigan.

When it comes to birds of prey, eagles, hawks, ospreys, and owls have found suitable habitats for nesting. If you took the time during winter to stake out eagle nests, you can return now and see activity that has been going on since March. Though their nests are similar yet noticeably smaller, red-tailed hawks are county breeders as well. Discoveries of the nests of great horned, barred, and northern saw-whet owls continue to add delight to many a field trip. While the great horned will actively take over the stick nests of hawks, the barred and saw-whets have a different approach altogether. Both are cavity nesters, and, while the barred often seeks old holes in snags, the saw-whets take readily to nesting boxes designed for wood ducks. Needless to say, in a county with numerous barns, we have a healthy population of the cosmopolitan barn owl.

Nonpasserine land birds like woodpeckers, belted kingfishers, and hummingbirds are builders of species-specific nests. Woodpeckers not only create cavity nests for themselves, but their old, unused nests provide sites for numerous smaller birds. Kingfishers find suitable sandy banks and cliffs to create their own unique nesting burrows. Our two nesting hummingbirds, the Anna’s and the rufous, build typical tea-cup-sized nests of lichens and spider webs that are elastic to accommodate the growing nestlings. They generally lay two eggs, which always seem the perfect fit.

Rounding out our local birds, the passerines or perching birds provide the bulk of our spring and summer nesting species. Resident birds like black-capped and chestnut-backed chickadees and house finches often stake out the territories before the influx of migratory species. Swallows are usually the first to arrive: specifically the tree swallows, by Washington’s traditional birthday and the violet-greens by St. Patrick’s Day. Barn swallows are here by April 15 and the rest of the swallows are not far behind. The closely related black and Vaux’s swifts also nest in higher elevations of the eastern county.

Bullock’s orioles and bushtits fall into a separate category when it comes to unique nests. These two build pendant nests that require an amazing amount of effort of both partners. I’ve watched the progress of a pair of bushtits as they tirelessly create their hanging nests to specifications only they know. The basic shape of a bushtit nest resembles a hanging sock and is a monumental task, especially when you consider the size of the birds. The oriole nest is similar yet on a larger scale and still awe inspiring. While orioles are part of the invasion of the neotropical migrants, bushtits are with us throughout the year.

The songs and colors of the seasonal wave create more of a stir among the birding community than any other birds. Perhaps they are the symbolic escape from winter and the return to more tolerable weather for those who watch them. A multitude of flycatchers, wood warblers, and vireos join our resident passerines for the joyful spring and summer that they augment until fall when the seasonal cycle continues.

Since many of us have had our vaccinations, and, even though masks are still important, get out into our amazing array of landscapes and sample some of Whatcom County’s best birding of the year. If you’re not able to get out, put out a feeder or two and enjoy the birds wherever you might be.
__________________________