Throughout the year and for any number of reasons, I often find myself drawn to visiting one place in particular. I’ve probably voiced this opinion before but just for the record, whenever I’m asked about my favorite place to spend a day watching birds in Whatcom County, my answer is always the same — the Semiahmoo Spit. For almost forty years, I’ve always found time to travel the relatively short distance to this special place and it never fails to impress me, no matter the weather or time of year. As a term of endearment perhaps, but mainly for brevity, I’ve always referred to it as the Moo. 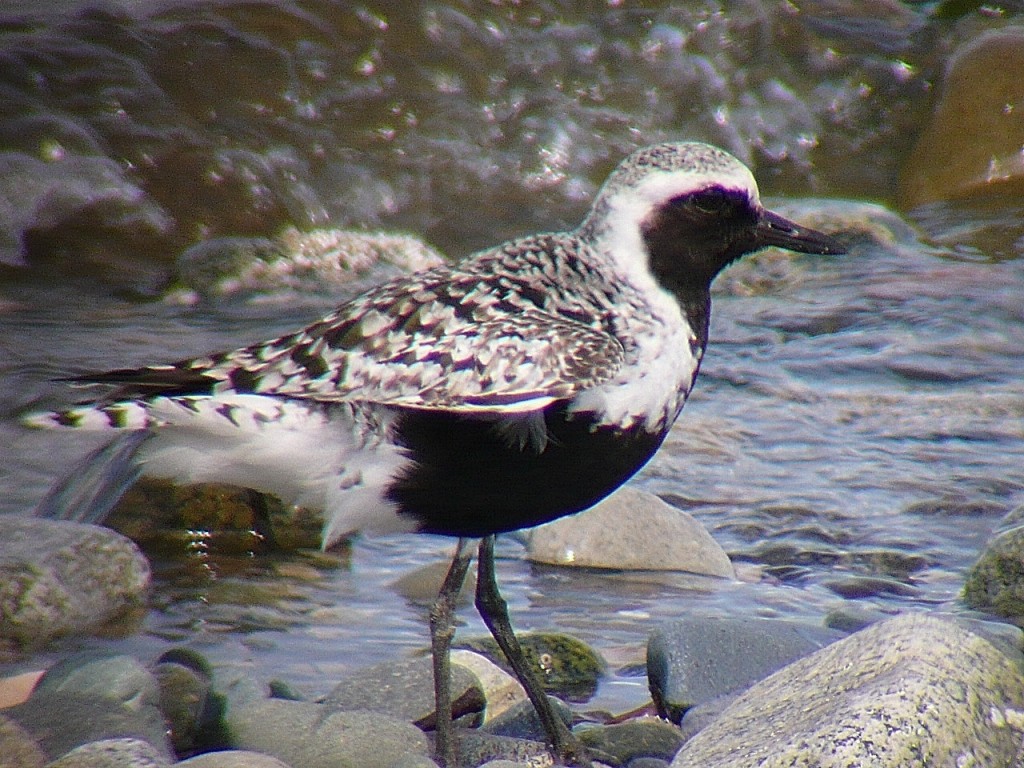 The geological history of the spit is typical of similar landforms in Washington state, including the Dungeness Spit on the Olympic Peninsula. Longshore drift is a con­structive geomorphologic process, and its direction is northeasterly throughout the Strait of Georgia. The combination of wind and waves over the centuries moved sediments farther and farther away from headlands creating these natural sand spits. If you stand at beginning of the spit and orient yourself to the northeast, you can see how this process worked. The spit at Semiahmoo is approximate­ly one and a quarter mile long and contains 125 acres of land.

The history of humans at the spit dates back to the Semiahmoo, a Straits Salish band that populated the area between Blaine and Birch Bay prior to the arrival of the first European settlers. The evolving history then followed a familiar pattern, with the newcomers dis­placing the indigenous peoples, carrying out the concept of Mani­fest Destiny that justified westward expansion. Eventually, prospectors searching for Fraser River gold used the spit as a starting point for fur­ther exploration. At one time there was a plan to build Semiahmoo City but the gold rush eventually subsided so the plan was scrapped.

The prospectors’ loss eventually became a boon to fishermen since Drayton Harbor provided safe anchorage and an ideal site for Whatcom County’s first salmon cannery, which opened in 1881. By 1891, the Alaska Packers Asso­ciation (APA) salmon cannery was the largest in the world. Salmon canning was the main source of revenue in the area until 1980 when the property was purchased by a land development corpora­tion. From this development came the resort and marina that you see today. A couple of the old APA buildings remain at the tip of the spit, which was known as Tongue Point.There have been rumors that the two buildings will one day be turned into historical museums. Until then, the buildings and the iconic water tower are all that re­main of the past.

In keeping with this trend, the spit today has succumbed to a great extent to those who wish to develop every piece of available real estate for profit. Dredging for the marina was responsible for the loss of essential eelgrass habitat that provided food for several spe­cies. Fortunately, for those of us who prefer the natural beauty of the spit, Whatcom County has set aside a good portion of the area as a park – Semiahmoo County Park. A good rainy day activity is to tour the museum which houses many artifacts and exhibits. The ample parking lot at the headquarters provides a perfect starting point to walk the entire spit. No matter how you choose to experience the spit, the view of Mount Baker across the expanse of Drayton Harbor is well worth the drive.

Despite the human footprint, birds still find the essentials they need to keep returning to this ecologically rich, protected area.

Whether for the winter or as a stop­over during migration along the Pacific Flyway, Drayton Harbor and Semiahmoo host impressive numbers of sea and bay ducks, shorebirds, and even a few raptor species that thrive in turn on the abundance of prey. For birds and for bird watchers, the Moo has something for everyone through­out the year. Seasonal abundance and variety are keys to a successful day of birding on the spit. A quick look at each of the seasons proves the value of this site, primarily for the birds.

The most exciting time to visit is winter, from November through January, when most of the winter­ing birds have settled in for the duration. The protected embay­ments provide the two key ingre­dients for their survival – food and shelter. Loons, grebes, scoters, goldeneyes, and mergansers crowd the open stretches of water between Semiahmoo and White Rock, BC. Extensive tidal flats supply food for large flocks of wintering shorebirds.The most numerous are the dunlin. Their flocks frequently number in the thousands and their synchronized aerial displays are of­ten a highlight of a day in the field. These same displays also attract predatory species like peregrine falcons and merlins. Other shore­bird species that utilize the flats are black turnstones, sanderlings, and yellowlegs. The potential is always there for less common species like godwits and curlews.

On the birding calendar spring spans February, March, and April and this is a time for change. The birds that have wintered in the area begin to display changes in their basic plumage, from the drab colors of winter to brighter, cleaner breeding plumage. Spring is also the time when the overall number of birds increases dramati­cally. The number of Pacific loons and other diving birds that gather here in early April is yet another birding highlight of the year. Birds that nest farther north stop here to build their fat reserves for the long migrations to the breeding grounds. In early April this year twenty to thirty thousand birds were just offshore from the point.

Summer, which extends from May through July, is considered by many to be the slowest time of year for the area. This is also a time to witness the arrival of the next gen­eration of birds with young birds beginning to test their wings and extend their horizons beyond the nests. One of the largest breeding colonies of double-crested cor­morants in the state is just across the channel on the Blaine harbor breakwater. There is constant movement in the colony as adult birds make repeated foraging trips to feed their young. Black oyster­catchers and gulls also nest on the breakwater so the summer scene can be quite chaotic at times.

From August through October, fall brings with it noticeable move­ment in the birding scene. Many of the birds that nest to the north and east slowly begin to trickle back into the area during this time. This is a major stopover along the Pacific Flyway and a much awaited event is the predictable sighting of almost one thousand black-bellied plovers on the bay side of the spit. These same plovers will stop by in the spring on their way northward. Common loons and other diving birds return to winter on saltwater during this time, often with young birds along for their first trips. Harlequin ducks also return to the rocky shoreline habitats to spend the winter.

Throughout the year, awe inspir­ing bald eagles are always easy to find, since several nests ring the perimeter of Drayton Harbor. As you plan your birding calendar for the year, make it a point to visit the Moo, as many times as you can. It’s easy enough to get there and it’s a wonderful place to begin your own journal/chronicle of bird activity throughout the year. Aside from the great birds you’ll see, the entire spit is highly accessible to all. The level of handicap access is as high as you will find anywhere, so don’t leave anyone behind. Maybe I’ll see you there.