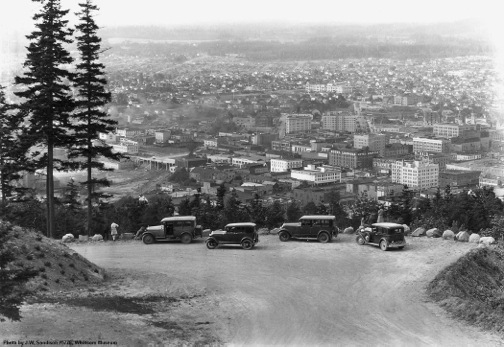 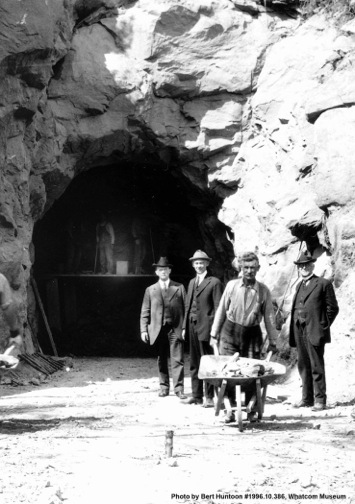 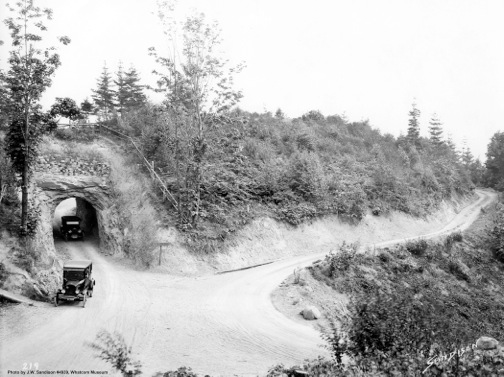 From July 2000 through April 2002, Whatcom Watch ran a 16-part series on Bellingham parks. Aaron Joy wrote the series based on his self-published book, “A History of Bellingham Parks.” The September 2000 issue contained the article about Sehome Hill Arboretum. The web address is:       http://www.whatcomwatch.org/old_issues/v9i9.html#story6.

The first records of development to Sehome Hill start in 1855 when surveyor J. Wilson Lysle acquired the land by staking a donation claim. He wanted to mine coal on the hill, but its steep slope prevented any development along this plan

During the 1870s, logging cleared much of the hill’s old growth timber. This continued until 1904 when better quality logging sites were discovered in the Chuckanut Hills.

During the 1890s, Sehome Hill was also the site of the Sehome Quarry, a quarry carved into the Chuckanut sandstone formation. Chuckanut sandstone, a rock that is durable and excellent building stone, was used in the foundations of Western Washington University’s Old Main, the courthouse that is today the site of Fouts Park, the DeMattos Block (Sunset Building on State Street), along with numerous other buildings and residences in Whatcom County.

C.X. Larrabee Donated Land
The first mention of turning the Sehome Hill into a park came in 1891 when C. X. Larrabee proposed a donation of 25 acres to the towns of Fairhaven and New Whatcom jointly, for the creation of a park on the hill that overlapped the boundaries of the two towns. (Today, the acreage is in the vicinity of Western Washington University’s Old Main.) The Sehome Hill Park was established in 1893.

The arboretum was created in 1969 by the board of trustees of Western Washington State College. It is currently managed by an eight-member board of governors. The board was created in 1974 by an agreement between the city of Bellingham and Western Washington University. The city has three board members, WWU has four board members and the board picks the eighth member. Meetings are typically held on the third Thursday of every month.