A Salute to Inspired Citizen Healthcare

Where do caregivers go when they lose their patients?

It rarely ends any other way, but when patient and caregiver are separated by institutional care, hospice or death, the end of caregiving leaves the caregiver stunned, grieving and adrift.

Regardless of their previous relationship, caregiver and patient are wedded to treatment and care, and to sharing doctors, technicians, symptoms, disappointments and successes. With nothing any longer to say or do, his presence is awkward, and her solitude looms purposeless and embarrassing. Once indispensible and valued by patient and medical staff, they’re now discarded. 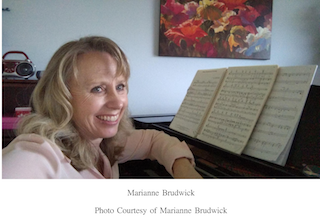 Out of the turmoil of her family’s crisis, Marianne says, “I had a passion to start a brain cancer support group in Bellingham (Washington), following Rod’s death.”

In cooperation with the PeaceHealth St. Joseph Cancer Center, where Rod was treated, she started her support group with the intention of supporting cancer patients in treatment and their caregivers, and helping past caregivers (like herself and me) deal with the grief of losing loved ones.

It was soon obvious, Marianne explained, that the two groups needing support had differing needs. One group, active caregivers, are trying to shelter their patients from the difficulties and realities of deadly disease, and its sometimes-clumsy treatment with occasionally inadequate care. Patients thrive and survive on the hope and trust that their healthcare system is providing the care they so desperately need and want.

Many former caregivers, the other group, are dissatisfied with their experience and choose to vent their frustration about their patient’s care to the disruption of current patients and caregivers. While criticism of the healthcare system can assist the caregiver, it can undermine and devastate the outlook of the patient.

What to do with discarded caregivers was a genuine conundrum. That the two had to be separated was indisputable, but both needed support.

More Support
How other healthcare providers handle this varies from treatment center to treatment center, and is controversial. As the title of this essay suggests, the primary response of healthcare systems has been to discard patientless caregivers and leave them to find refuge with other discarded caregivers. Some healthcare systems, such as the brain tumor center at University of California San Francisco (UCSF), facilitate peer-to-peer support by linking up caregivers, according to clinical nurse Margaretta Page.

It was at this juncture the Gli Club — referring to glioblastoma cancer — came into existence. The Gli Club co-existed with the Cancer Center Support Group, Marianne said, until another brain cancer hero propelled the Gli Club into independent existence.
Dellann Elliot Mydland, founder of Seattle’s Chris Elliot Fund’s End Brain Cancer initiative, introduced Marianne to mutual friend Vicki Johnson, and the Gli Club was born on April 1, 2011. Vicki had lost Elliott, her husband of 40 years.

The 2017, sixth-anniversary Gli Club picnic, hosted by Judy Sturlaugson, (who lost her father to metastatic brain cancer) had a guest list of 36 names, a small portion of the number of people affected by and participating in the Gli Club.

The Gli Club has always been a rather nebulous entity. It is neither a club nor gleeful, and although members are often referred to as survivors, they are not brain cancer survivors – at least not directly.

As a long-time member myself, I struggled with finding words to appropriately explain us. Glioblastoma (brain cancer) is an awkward word. Even with publicity about senators Edward Kennedy and John McCain being victims, glioblastoma has not become an everyday word. Inevitably glioblastoma multiforme had to be shortened to something handier, as did organization, and credit for that goes to Judy Sturlaugson, the brash, glib blonde relator and picnic host.

The Gli Club has never had a budget or sought funds. What little financing it has needed has come from member’s pockets.

At bottom, the Gli Club is still Marianne and Vicki, along with a few regulars and a flock of transients. More tangible than the Gli Club itself has been its involvement with the Bellingham Brain Cancer Walk (BBCW), inspired by high school student Hannah Dashiell in tribute to her late grandfather. Hannah died in an auto accident in 2014. The walk became a reality thanks to the Dashiell family and the help of Dan Purdy, associate director of the MBA Program in the College of Business and Economics at Western Washington University.

“Participating in BBCW was the Gli Club’s biggest milestone, which was made possible only by the Dashiell family’s and Dan’s involvement,” Marianne said. “Funds raised have gone to the End Brain Cancer initiative, which has the means of effectively using them. The upcoming May 2018 walk will be the event’s fifth consecutive year.”

For more information go to https://www.bellinghambraincancerwalk.com website.
Apart from the annual walk, the Gli Club carries on daily with it original mission of consoling discarded caregivers.

“My focus remains on people going through the diagnosis of brain cancer now and on welcoming caregivers after the patient’s death,” Marianne said.

She is still involved at the cancer center with the patient support group (where she also serenades the reception area with piano recitals, an instrument she’s been teaching for years) and organizes quarterly Gli Club meetings, and sometimes calls on individuals at their homes and other venues.

“I’ve even discovered patients and caregivers at garage sales, just from some clues in casual remarks that I’ve learned to recognize,” she said. For strangers, she sends a letter or email, with her phone number and email address.

Caregiver, Medical Disconnect
I think it’s a shame there is no formal feedback system for medical providers to harvest what caregivers have learned. I put my experience in a book for that purpose, with the result that only one medical person I know of read my book, Dr. Daniel Silbergeld, my wife’s brain surgeon. He told me that reading my book was the first time he’d learned of the life of glioblastoma surgical patients after they left his care — normally the first four days of an often years-long treatment.

Besides the Gli Club, there are others (many anonymous) at the individual citizen level contributing greatly to Whatcom County’s community healthcare. They include Micki Jackson, coordinator, of Realities of Medical Intervention; Sandy Stork, founder of Death Café; Marie Eaton of the Palliative Care Initiative; and Kathy and Koala (first-names-only) ICU nurses of Realities of Medical Intervention.

PeaceHealth and other large and small organizations monopolize the community’s attention, participation and resources, but it is vital to acknowledge that many other needs, often below the radar, are being met, single handedly, one at a time, by individual citizens — including doctors and nurses volunteering their time.

Local healthcare goes deeper than community, it goes to the bedrock of individual citizens acting out of compassion for fellow citizens, as active and committed as the minutemen were to the defense of the colonies. That’s the same standing citizen healthcare deserves — and perhaps a salute.

Of her commitment to the Gli Club Marianne said, “I always have big dreams and little time to fulfill them, but I’m realizing that even meeting a few times a year is enough to keep this group going. I was astounded at the attendance at the picnic this year. It tells me it’s worth our time to leave our nests and comfort others who have gone through similar trials. God has been good to continue to provide various blessings in my life.”
_______________________________